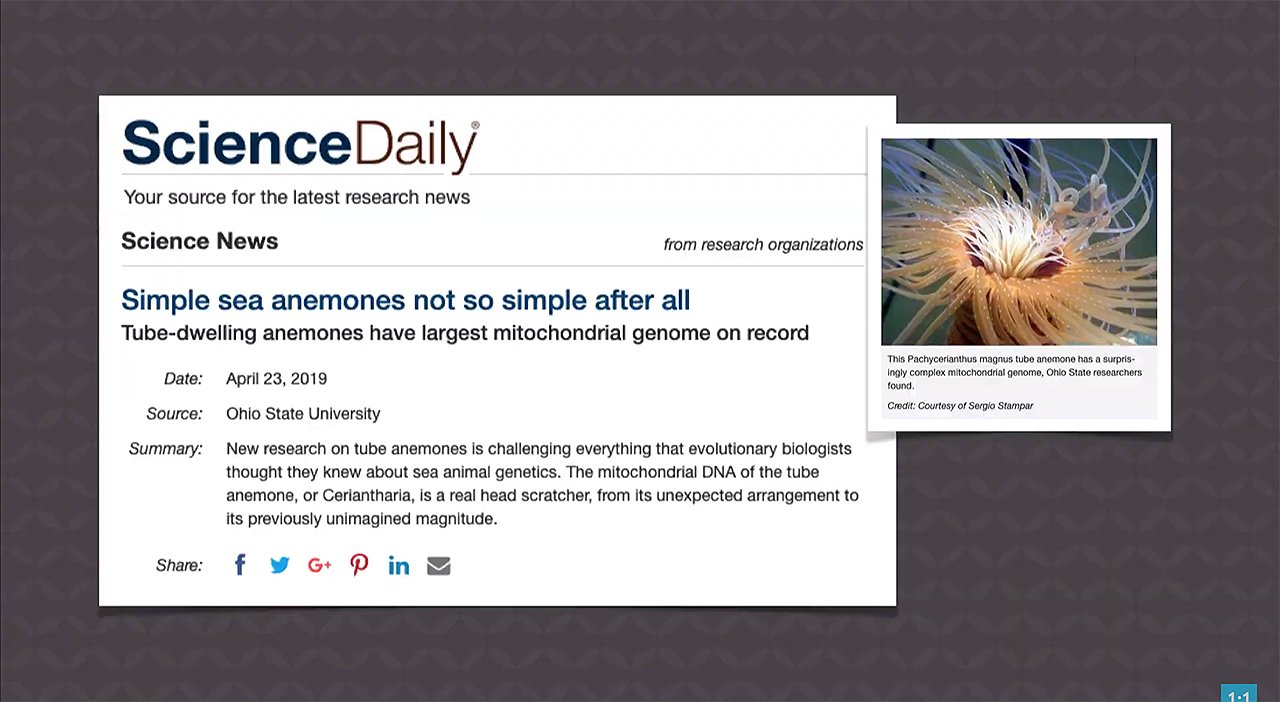 Due to their evolutionary assumptions, evolutionists believe so-called “early” animals are simple. One such animal is the tube anemone. Because they live slow, long, predictable lifestyles, it was assumed that they were simple. But new research shows their mitochondrial DNA is anything but simple.

The tube anemone now holds the record for the largest mitochondrial genome of any animal, with 81,000 base pairs. In comparison, we have around 17,000 base pairs.

One scientist involved with the study said,

These ancient animals have simple behavior and simple anatomy, and so we've thought of them as fairly simple creatures until now. But their biology is quite complicated. The genomes of these tube anemones may be more dynamic than those of more-complex and more-recent animals like snails, insects and vertebrates.

Of course, tube anemones did not evolve—their complex DNA shouldn’t cause researchers to scratch their heads in an attempt to explain its origin. It should cause them to marvel at the creativity and surprising complexity of the Creator God who made tube anemones on day five of creation week. Romans 1 is right—we are without excuse if we suppress the truth of the Creator.

This item was discussed today on Answers News with cohosts Dr. Georgia Purdom, Avery Foley, and Bryan Osborne. Answers News is our twice-weekly news program filmed live before a studio audience here at the Creation Museum and broadcast on my Facebook page and the Answers in Genesis Facebook page. We also covered the following topics:

Watch the entire episode of Answers News for May 6, 2019.