End of the Christian Pharmacist?

Last June the US Supreme Court declined to come to the aid of Christian pharmacists in Washington State who did not want to dispense the “morning after” pill. The state is demanding that all pharmacists stock and sell this abortifacient even if they object for religious reasons. Three justices found the decision greatly disturbing, including the implication that cases regarding religious freedom are not worthy of the court’s time.

The ruling could affect the freedoms not just of pro-life pharmacists, but of everyone.

In the past, the right of pharmacists to conscientiously refuse to sell certain drugs has been a nationwide standard. The pharmacist can just refer customers to a pharmacy that does sell the drug. This new ruling, however, could affect the freedoms not just of pro-life pharmacists but everyone. Drug manufacturers are currently allowed to refuse to produce chemicals necessary for lethal injection. Why should it be any different for pharmacists refusing to stock abortifacients?

In fact, pharmacists can refer customers to other pharmacies for any reason, unless that reason is a religious one. Singling out people of faith sets a dangerous precedent for denying the religious freedom that has been a fundamental constitutional right for over two centuries.

Limitations like this are likely to spread to other states, thanks to the efforts of Planned Parenthood and like-minded organizations to squelch religious opposition wherever it is found. But no matter how hard any nation tries to justify sin and even impose it as law, God holds all nations to account. 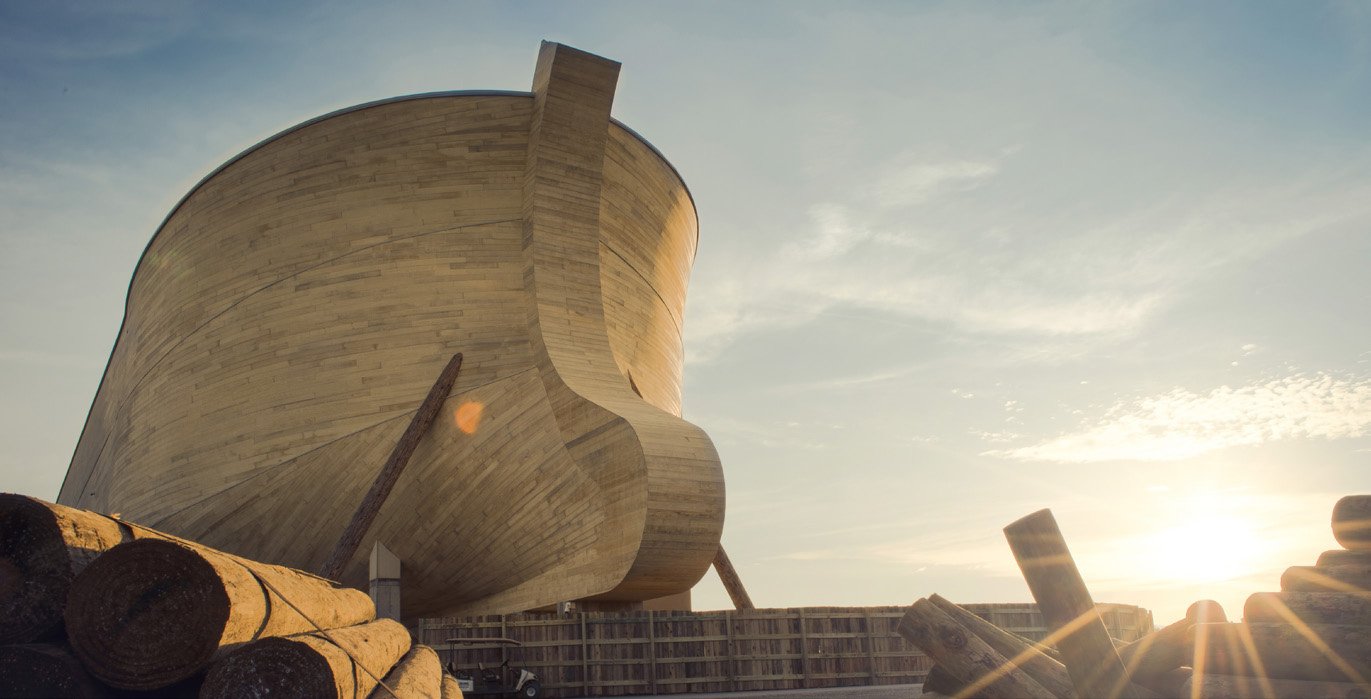 In July, the Freedom from Religion Foundation sent a letter to more than 1,000 public school districts in Kentucky and the surrounding states warning them not to take field trips to the newly opened Ark Encounter. They claim that any field trip, for any reason, would violate the separation of church and state.

Kentucky Education Commissioner Stephen Pruitt responded to the letter by reiterating that approval of field trips is a local school board decision. He went on to say that it is not appropriate for “outside third parties to dictate field trip selections.”

Passing of a Creation Giant

Two men, Drs. Henry Morris and John Whitcomb, have been dubbed the fathers of the modern creationist movement, because they authored the influential 1961 book The Genesis Flood. Church historians might want to add a third name, Pastor Tim LaHaye, who passed away in July. More than a best-selling author of the Left Behind series and an educational pioneer who started San Diego Christian College, LaHaye founded, with Morris, the world’s leading think tank of creation studies, the Institute for Creation Research. 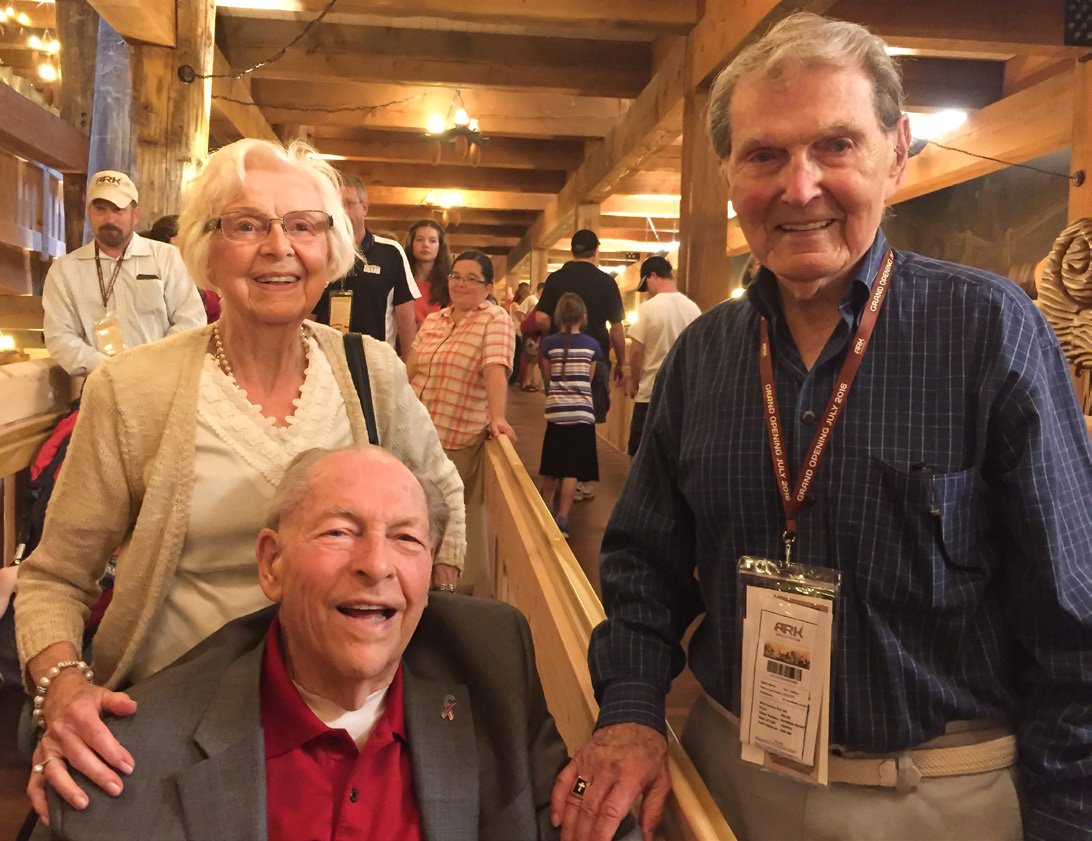 Famous for his Left Behind series, Tim LaHaye (right) was a founder of the modern creation movement. He is standing with another icon, Dr. John Whitcomb (shown with wife Norma), celebrating the newly opened Ark Encounter.

Recognized by Time magazine as one of the 25 most influential evangelicals in America, he remained passionate about apologetics his entire life. That included creation. Two weeks before a stroke took his life, LaHaye was still promoting creation as he toured Answers in Genesis’ newly opened Ark Encounter attraction.

I worked for many years with Dr. LaHaye. I recall a Christian leader who was tenacious about his biblical beliefs yet tenderhearted about people. Dr. LaHaye once told me, “I like to point out as lovingly as I can that evolution is an intellectual, philosophical fraud.” While always forthright, he tempered his words with empathy for those deceived by a seductive worldview.

Male and Female and They?

Oregon resident Jamie Shupe is the first US citizen to be legally recognized as a third gender. Going by the term “non-binary,” Shupe doesn’t consider himself either a man or woman, but something in between. When the DMV refused to list Shupe as non-binary on his license, he went to a Multnomah County judge, who granted the third-gender designation. Soon license applications in the state will probably include a space to allow an option for other people who consider themselves to be non-binary.

In developing this third gender type, Oregon is challenging God’s specific design for Adam and Eve and, by extension, all of us. “Male and female He created them” (Genesis 1:27). While some people face complex issues related to their physical gender, God purposefully created two genders, and trying to invent new categories only worsens the situation.

Any church open to the public is required to comply with anti-discrimination laws, from sexual orientation to gender identity. That is the claim of a new policy brochure published by the Iowa Civil Rights Commission. Depending on how official church functions are defined, churches would no longer be allowed to preach against homosexuality and must allow transgender individuals to use whichever bathroom they wish. 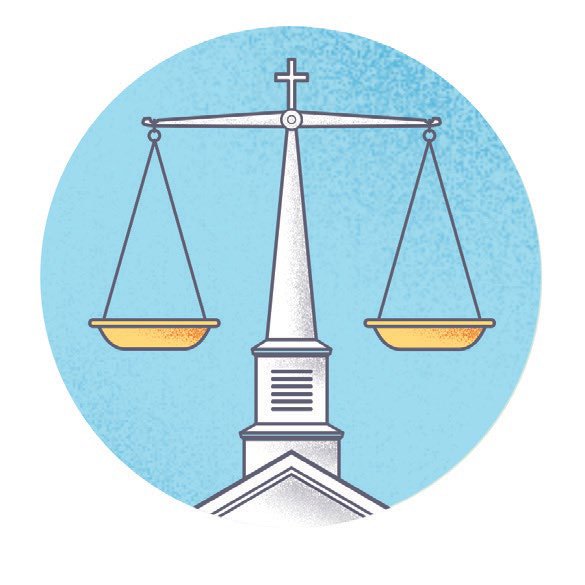 The Commission’s perspective is that the church’s rights can be protected only during “bona fide religious” events. Nowhere is it made clear what is bona fide. Some churches fear that the power to determine this would lie with the government.

Cary Gordon, a pastor in Sioux City, told Charisma News, “Based on what they are saying, orthodox Christianity is in violation of the state law of Iowa.” Chelsey Youman, the attorney representing churches in the case, agrees: “The state claims it has the power to regulate what the church even teaches—what they are allowed to say from the pulpit.”

Iowa’s Bill of Rights, like the First Amendment of the US Constitution, was put in place to protect the church’s rights to preach from the Bible, especially when contrary to the majority view.