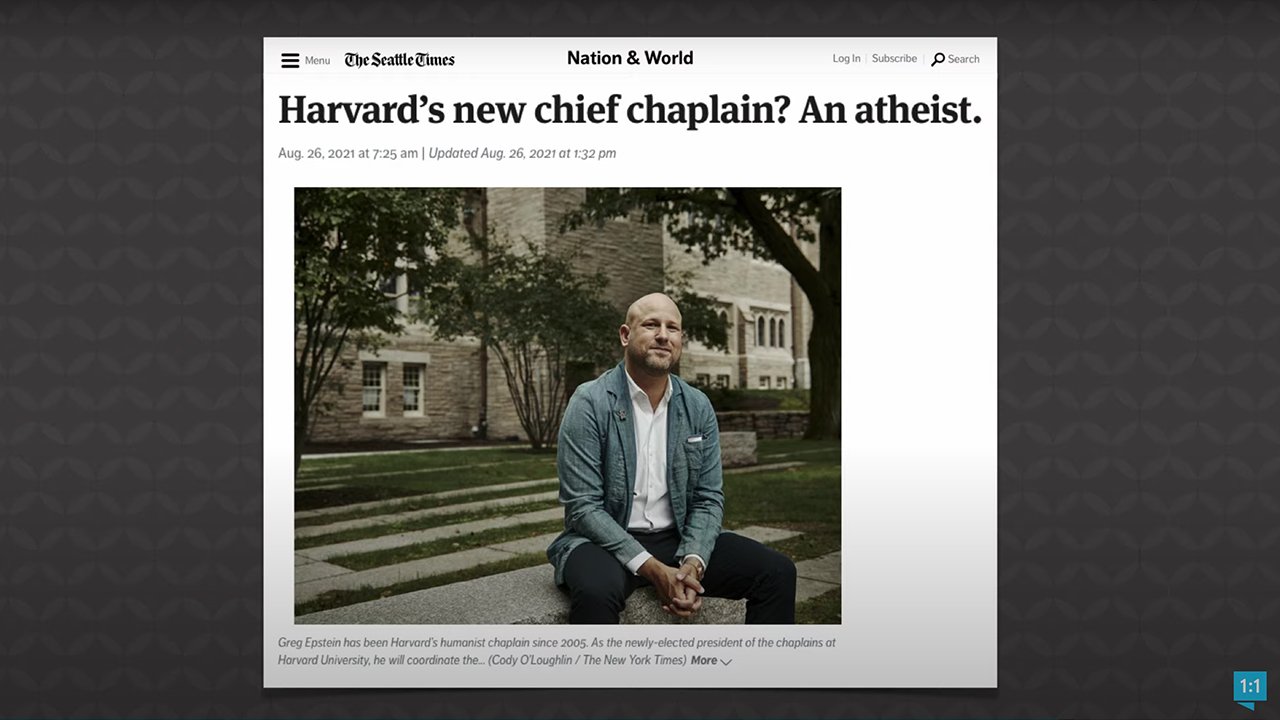 According to reports, “Harvard University has appointed a new chaplain who brings a fresh perspective to the role – as an atheist.” This new chaplain, Greg Epstein, is now the president of the university chaplains, overseeing “more than 40 university chaplains from Christian, Jewish, Hindu, Buddhist and other religious communities.” The report says Epstein is “perfect” for the role because he has “no clear religious affinity”—but is that really true?

Yes, this man is acting as his own god in his religion of atheism.

Well, no, it’s not. Really, such an idea of no religious affinity is frankly a load of nonsense. This man is an atheist—that’s his religion (not some kind of “neutral” position, as Harvard is implying). He has a belief system, a worldview. He believes all life is a result of naturalism. He believes man determines his own morality and his own “purpose” and “meaning” in life. It’s exactly what the devil tempted Adam and Eve with: “[Y]ou will be like God” (Genesis 3:5). Yes, this man is acting as his own god in his religion of atheism.

So how should we think about atheist chaplains? What Jesus said describes the situation here: “[T]hey are blind guides. And if the blind lead the blind, both will fall into a pit” (Matthew 15:14).

Yes, this is a case of the blind leading the blind. Harvard, once a Christian school, is now a leader in raising up generations in the atheist religion. That’s a warning to all compromising schools (like Calvin, Wheaton, and many others): compromising God’s Word, beginning in Genesis, results in ruin.

The fool says in his heart, “There is no God.” They are corrupt, they do abominable deeds; there is none who does good. (Psalm 14:1)

This item was discussed yesterday on Answers News with cohosts Dr. Georgia Purdom, Bryan Osborne, and Roger Patterson. Answers News is our twice-weekly news program filmed here at the Creation Museum and broadcast on my Facebook page and the Answers in Genesis Facebook page. We also covered the following intriguing topics:

Watch the entire episode of Answers News for September 8, 2021.