11,000 Scientists Argue the Global Population “[Ideally] Must Be . . . Gradually Reduced” 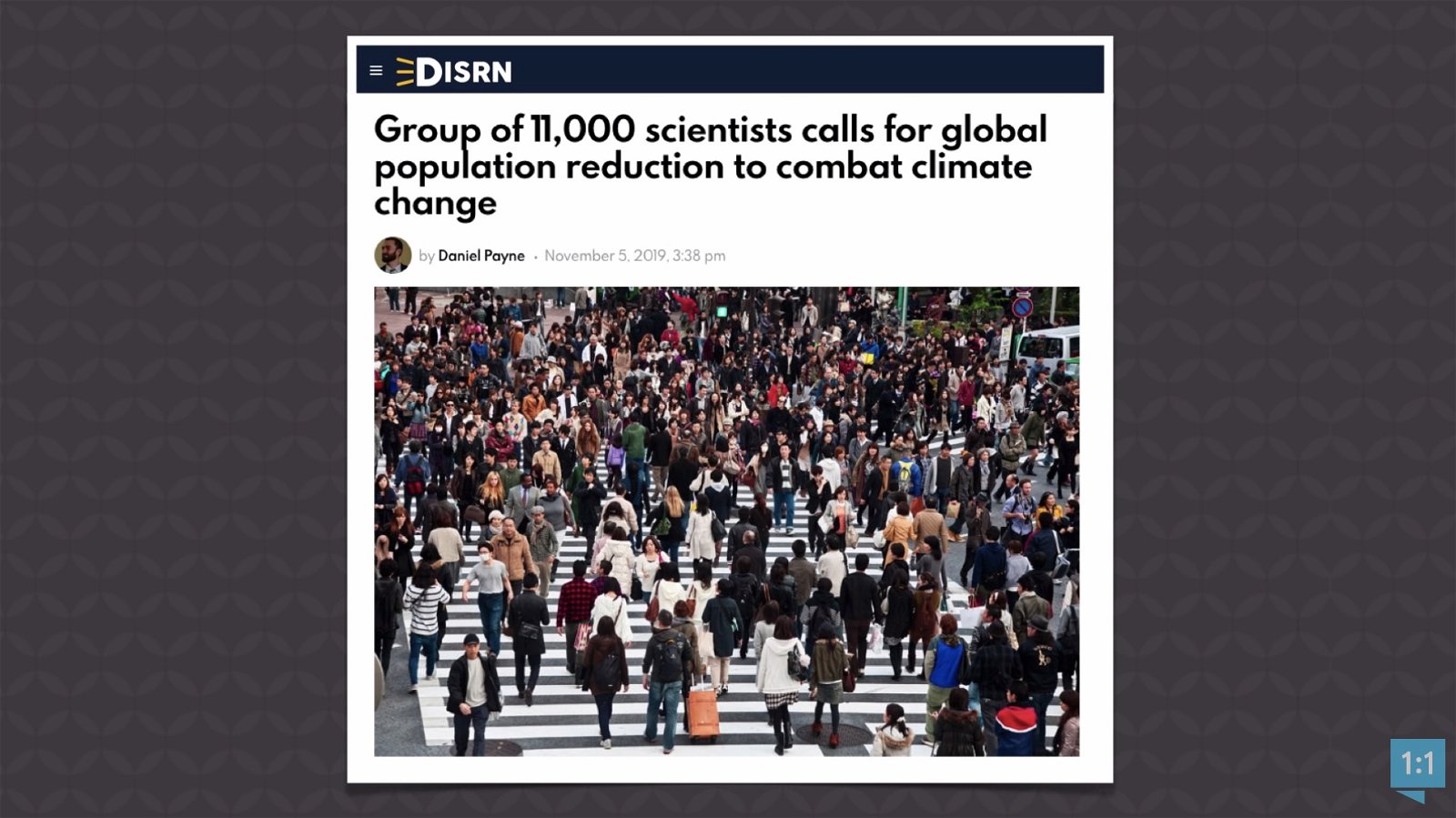 Ideas have consequences. And the climate change alarmism and hysteria sweeping the world certainly has consequences. Just to mention one example, 11,000 scientists (although, recent reports revealed some of the signatories weren’t actually scientists, such as one who signed as “Mickey Mouse”) recently published a warning about the so-called climate emergency, arguing that the global population “must be stabilized—and, ideally, gradually reduced—within a framework that ensures social integrity” if we’re going to fight man-made climate change adequately.

How do they propose “stabilizing” and even reducing the human population? With “bold and drastic . . . population policies,” including access to “family-planning services.” This, of course, is a euphemism for birth control and abortion (murder of children in the womb)—and probably euthanasia and eugenics. Over a billion unborn lives have been lost to abortion already, and these individuals want to ensure that more and more lives are taken. Why? Well, in their view, to save other people. But at what cost? The cost of untold numbers of human lives!

As climate hysteria increases and policies are being made based on this view, let’s keep a proper perspective of history in mind. For decades, a number of scientists and experts have been warning of various environmental crises, whether it’s overpopulation back in the 1970s and 80s, a coming ice age,* mass starvation, and floods of climate refugees. None of these things have happened! The climate alarmists track record is very poor! But so many people today still seem to be gullible.

There are some genuine ecological problems going on right now that we need to be addressing.

Certainly, we need to be caring for creation. There are some genuine ecological problems going on right now that we need to be addressing. But man-made climate change . . . well, the predictions that have been made over and over simply haven’t come true. Remember the alarmist claims made by scientists 13 years ago that Al Gore cited in his film An Inconvenient Truth, which were false alarms? It all suggests there’s a lot more to climate than we know, and maybe the computer models aren’t taking everything into consideration and are just, well, wrong!

God commanded humanity to be fruitful, multiply, and fill the earth. And he’s never rescinded that command (given at creation, Genesis 1:28, and again after the flood, Genesis 9:1). Children are a gift from God (Psalm 127:3), not a blight on the planet. We don’t need to be killing them off. We need to be innovatively coming up with ways to be good stewards of what God has given us, caring for creation and meeting the needs of humanity, as humans have throughout history.

Join Us for Our Easter Conference on Climate Change

More than ever, Christians need to have a sensible view of climate change, grounded, ultimately, in God’s Word. Decisions made about how to combat perceived catastrophic man-made climate change will mostly affect the poorest among us and may result in the death of millions of children. We need to have a biblical response!

I strongly urge you to make plans to attend this unique Bible and science conference. Learn more on the events page of our website.

This item was discussed Monday on Answers News with cohosts Dr. Georgia Purdom and Avery Foley. Answers News is our weekly news program filmed live before a studio audience here at the Creation Museum and broadcast on my Facebook page and the Answers in Genesis Facebook page. We also covered the following intriguing topics:

Watch the entire episode of Answers News for November 11, 2019.

*In the ‘70s, many textbooks warned instead about global cooling. Also, an issue of Newsweek magazine during that decade featured a major article about the danger of global cooling. (Time magazine published a similar piece.) Now, many climatologists today say that it was just media hype back then and that global cooling was not necessarily the scientific consensus of the time. Well, global cooling managed to make it into college curricula of the 1970s and 1980s.