The city of Boston now offers employees paid leave for “loss of pregnancy” (including for abortion) – a tacit acknowledgement that abortion is murder. 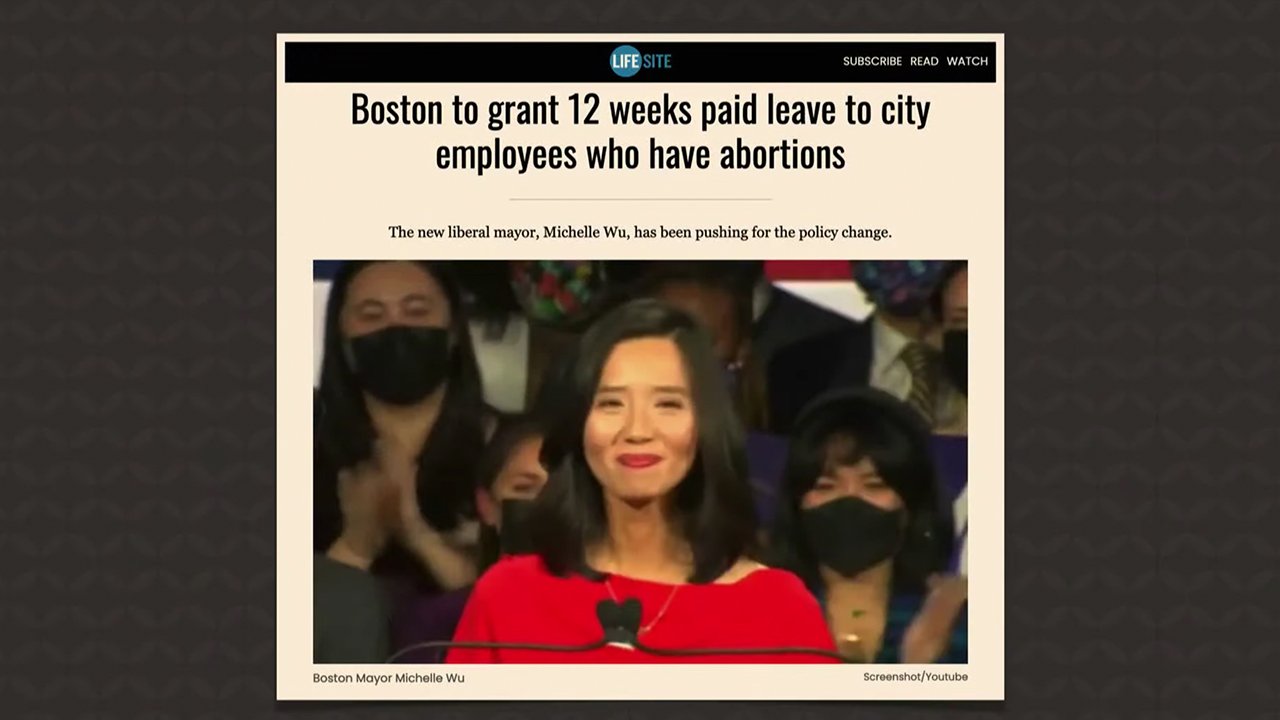 Time off for having an abortion? The city of Boston, Massachusetts is offering employees three months’ paid leave if they experience “a loss of pregnancy”—and they’ve expanded that definition to include the intentional murder of an unborn child by abortion!

Now, it’s a wonderful thing to give parents time off to grieve the loss of a baby (We at Answers in Genesis extend a bereavement leave to parents who have suffered the loss of an unborn child.) It’s a devastating event because a human life has been lost and parents need time to grieve for their child. But abortion is a very different situation than a miscarriage or stillbirth!. An abortion is the intentional taking of a human life made in the image of God—it’s murder! On the other hand, the tragedies of miscarriage and stillbirth are consequences of living in a sin-cursed world and are unintentional.

By offering this time off, the city is acknowledging that abortion takes the life of an unborn child. Rather than lumping time off for an abortion under “sick leave” or some such umbrella as you would for a medical procedure, they’ve placed it under parental leave. By doing that they’re admitting abortion isn’t “healthcare”—it’s not like having your appendix removed! It’s the death of a child.

By offering this time off, the city is acknowledging that abortion takes the life of an unborn child.

And they aren’t the only city to admit to the personhood of the unborn. Last month, Portland, Oregon became the first city in the nation “to provide bereavement leave for employees after abortion.” The Merriam-Webster dictionary defines “bereavement” as “the state of being sad because a family member or friend has recently died.” So “bereavement” is actually the right word to use as a result of abortion, as a child was brutally murdered in his or her mother's womb! The city is, probably unintentionally, admitting to the humanity of the unborn child who is killed each time a “successful” abortion occurs.

One of the councilwomen of the city of Boston stated in regards to the paid leave for abortions, “I think this makes us more equitable.” But equitable for whom? Certainly not for the baby who loses his or her life! What a depraved culture we live in where there’s such support for what is really child sacrifice to the “god of self”!

I discussed this item today on Answers News with cohosts Patricia Engler and Roger Patterson. Answers News is our twice-weekly news program filmed live before a studio audience and broadcast on my Facebook page and the Answers in Genesis Facebook page. We also covered the following topics:

Watch the entire episode of Answers News for November 24, 2021.