The “Fetal Heartbeat” Isn't the Issue 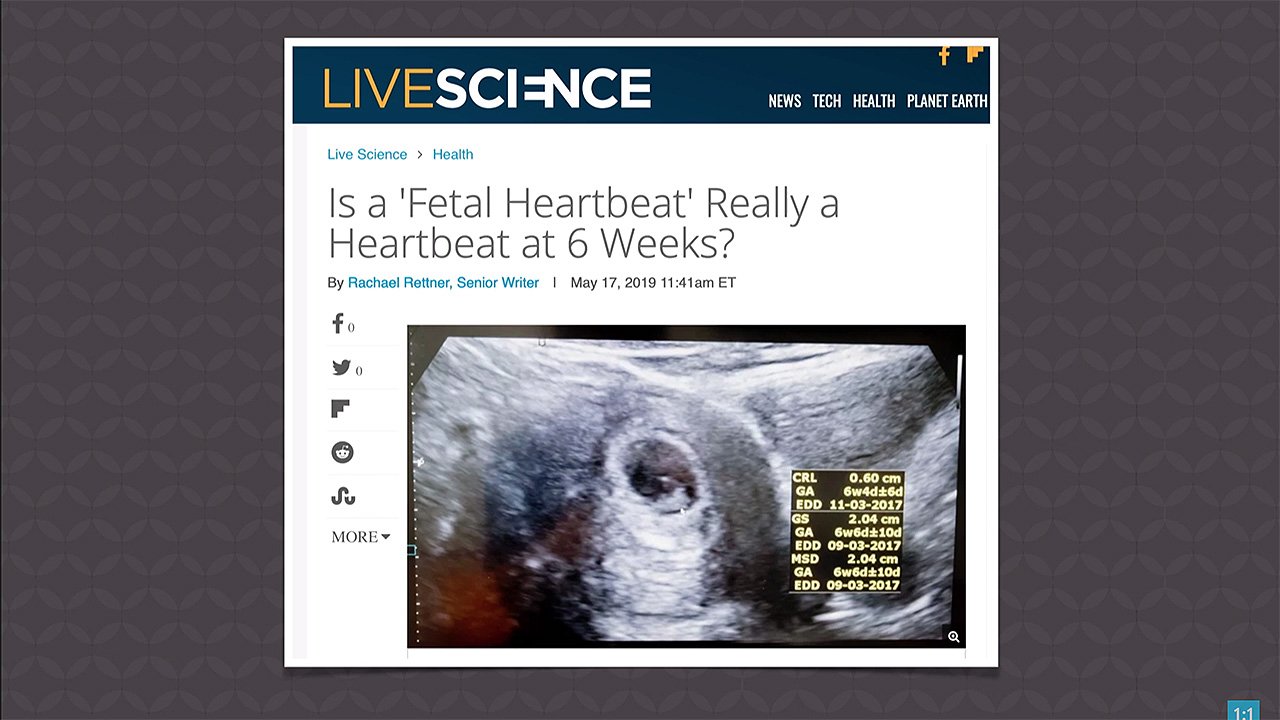 Live Science recently published “Is a ‘Fetal Heartbeat’ Really a Heartbeat at 6 Weeks?” This article argues that, at six weeks in the womb, a baby’s heart isn’t fully developed; therefore, it’s not really a heartbeat. The intention of the article is clear: a baby isn’t really human or alive; therefore, bills which recognize the humanity of a baby, based on fetal heartbeat, are wrong and abortion is acceptable. Nothing could be farther from the truth.

Humanity is not determined by level of development. After all, a newborn is still developing, so is a six-month old, a two-year old, or a sixteen-year old. Does that mean it’s fine to kill any of these people? Well, it’s inconsistent to say no if you believe that a human being who is developing in the womb is not really human or alive.

This article really highlights that the fetal heartbeat isn’t really the issue.

This article really highlights that the fetal heartbeat isn’t really the issue. It’s just another arbitrary point on the timescale of development that some people have chosen as a very visible sign of life, recognized by everyone. Yet others still argue it doesn’t matter if we can see visible signs of life: the heart isn’t fully developed so it’s irrelevant. Really, abortion is a spiritual issue! It shows that any point you choose on the developmental line is arbitrary—no matter how seemingly obvious—and based on your opinion. That’s why science has no real ultimate answer to the question of when human life begins.

But, as Christians, we have an unchanging standard by which to determine truth: God’s Word. And the testimony of Scripture is clear—life begins at the moment of fertilization. Whenever the Bible refers to life in the womb, that life is always described as a person—a human being made in the image of God. Therefore, taking that life—someone made in the image of God—is murder.

For you formed my inward parts;
you knitted me together in my mother's womb.
I praise you, for I am fearfully and wonderfully made.
Wonderful are your works;
my soul knows it very well.
My frame was not hidden from you,
when I was being made in secret,
intricately woven in the depths of the earth.
Your eyes saw my unformed substance;
in your book were written, every one of them,
the days that were formed for me,
when as yet there was none of them. (Psalm 139:13–16)

Before I formed you in the womb I knew you, and before you were born I consecrated you; I appointed you a prophet to the nations. (Jeremiah 1:5)

God’s Word should always be our ultimate standard for truth, even when it comes to the question of abortion.

Arguments from science, such as fetal heartbeat, are wonderful supports of the biblical truth that life begins at the moment of fertilization, but they should never be the ultimate standard. God’s Word should always be our ultimate standard for truth, even when it comes to the question of abortion.

Believers, let’s stand boldly on our foundation and declare the truth to a culture of death: human life begins at fertilization; life is precious, made in God’s image; abortion is murder; and God’s grace is freely available to all who will repent and believe.

Watch the entire episode of Answers News for June 3, 2019.