Photo by Sandy Millar, via Unsplash. 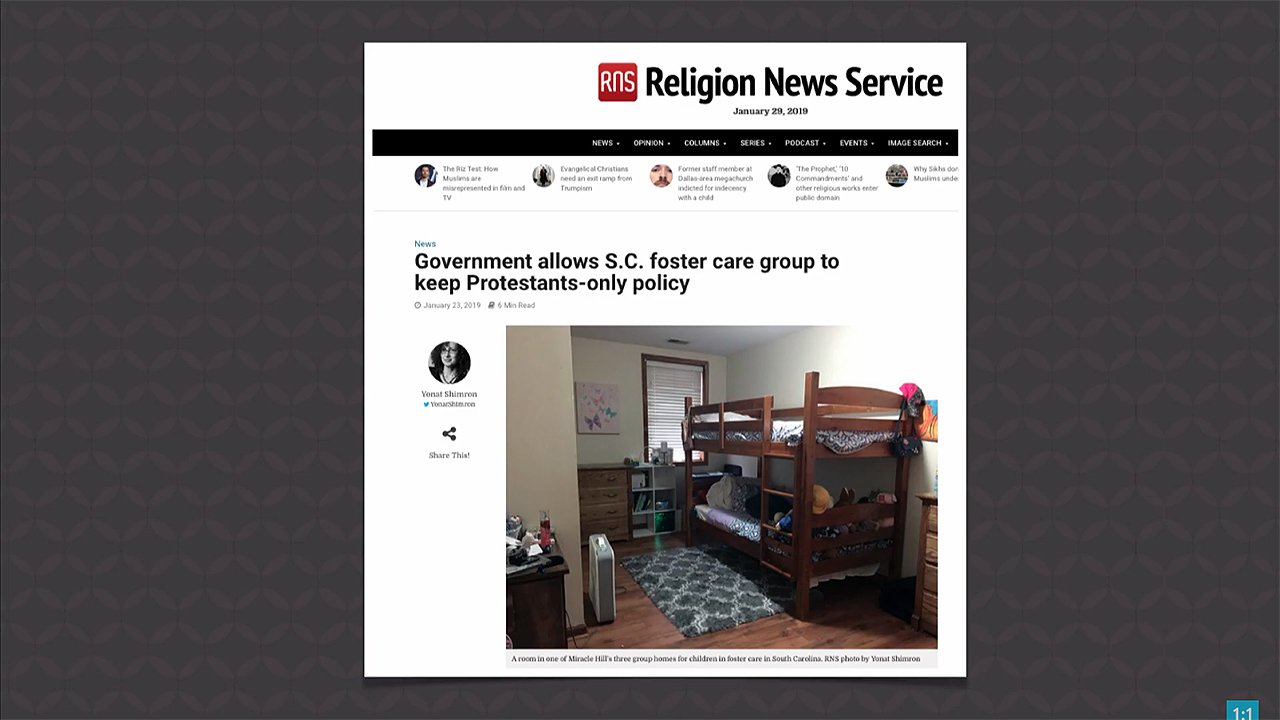 In the fight to protect freedom of religion and conscience and the free exercise of religion in America, it seems there’s often bad news. So I thought I’d share some good news with you to encourage you that the fight isn’t over yet and to urge you to continue standing and fighting for our freedoms. Here’s the good news: the state of South Carolina has recently allowed faith-based foster care agencies to abide by their religious convictions and purpose and place children with Christian, church-going families only.

An Obama-era regulation barred faith-based and federally funded foster care programs from discriminating on the basis of religion. (Actually, if people applied this idea consistently, this would mean secular adoption organizations would be barred as well, as there’s no neutral worldview position; secularism/atheism is a religion. This regulation forced religious organizations (primarily Christian ones) to go against their convictions and the very purpose they were founded—to place children with Christian families. But with South Carolina’s new exemption, a Christian foster care agency, Miracle Hill, will continue to be able to accomplish their mission.

The CEO of Miracle Hill stated,

We are an arm of the Protestant church . . . We exist to be a mission arm of Protestant churches and to proclaim Protestant faith. It’s not a judgment or an exclusion. It’s simply that we’re going to be consistent with that.

This is a win for religious freedom.

This is a win for religious freedom. Christians should be allowed to live out and practice their faith in this country—religious freedom is a right guaranteed by the first amendment of the Constitution. Unsurprisingly, the Americans United for the Separation of Church and State (an atheistic group that bullies its way through to get any semblance of Christianity removed from the public sphere) opposed this exemption:

This is yet another example of the Trump administration using religion to advance a regressive political agenda that harms others. And this time, the target is not only religious minorities but also our most vulnerable children—those in need of loving homes.

Americans United doesn’t want Christians to be able to exercise their rights as citizens to freely practice their religion and convictions. They want to discriminate and exclude Christians in the name of “inclusion” and “tolerance.” AU wants to impose its religion of no God (atheism) on the culture.

Continue praying for and fighting for religious freedom here in America. And stop and thank the Lord for victories such as this one from South Carolina.

Watch the entire episode of Answers News for January 31, 2019.