American Atheists: Trips to the Ark Encounter and Creation Museum Are “Unconstitutional” 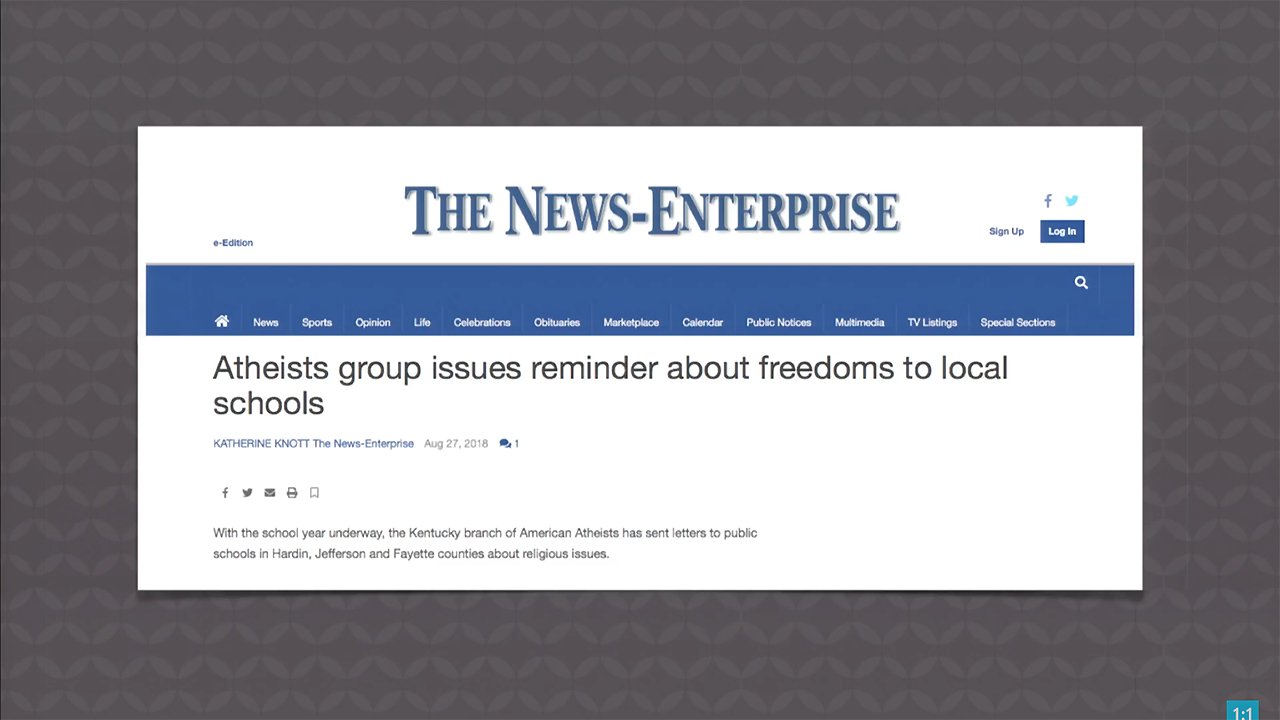 With the new school year beginning, the Kentucky branch of American Atheists has sent letters to schools in a few counties highlighting “a number of issues” related to “religious freedom and the rights of students.” In the letter, it’s specifically claimed that field trips to the Ark Encounter or Creation Museum in the state are “unconstitutional violations of the Establishment Clause of the First Amendment.” But is this really true?

As we wrote back in 2016 when the Ark first opened, there is absolutely nothing unconstitutional about a public school visiting either of our world-class attractions. (We originally wrote on this topic due to an atheist group trying to bully public schools into not visiting back in 2016.) This is nothing more than a bullying tactic to try and keep children from being exposed to the teaching at these attractions.

It’s interesting—these atheists know that children in public schools receive evolutionary and atheistic indoctrination (religious teaching!) five days a week for the whole school year—including during field trips to museums where evolution is presented as fact—and they are worried about one trip to a Christian, creationist attraction! It must be because they know the message we present is so powerful.

Here’s what our religious freedom attorneys wrote back in 2016 about the legality of a field trip to our attractions:

If public schools were bringing students to the Ark and museum and declaring, “THIS interpretation is the only real truth that you should personally accept,” then that would be a violation of the Establishment Clause of the US Constitution.

If classes are coming to the museum or Ark in an objective fashion, however, to show students world-class exhibits and one group’s interpretation of the origin of man and earth history, then the field trip is just fine as an exceptional and voluntary educational and cultural experience.

Public school officials should neither personally endorse nor diminish the museum’s view, but should present it objectively.

This principle is the same as “teaching the Bible in schools.” It is well established that the Bible may be used in the classroom objectively, as part of a secular program of education, for the Bible’s inherent historic and literary value. As long as the teacher doesn’t take a personal position in the classroom that the Bible is true, the teacher can say, “Millions of people around the globe do believe it is true, and let’s look at the effect that belief has had upon the development of Western Civilization, history, culture, art, music, and all the rest.”

Ultimately, it’s possible to attend the Creation Museum or Ark to teach rather than preach and to educate rather than indoctrinate.

Surely, liberal civil rights groups like the ACLU and the FFRF would not argue that on a field trip to a local theater, the school inherently endorses and adopts all of the viewpoints and themes that may be presented in each production.

The American Atheists, and other atheist organizations, don’t want children exposed to the truth because they are suppressing that truth themselves in unrighteousness (Romans 1:18). It isn’t about upholding the First Amendment or the Constitution, for neither of those prohibit a field trip to a Christian attraction: it’s about viewpoint censorship and wanting to ensure these children only hear about evolution, presented through the lens of naturalism (atheism).

We encourage all kinds of groups to come and visit the Ark and museum (as they have been since we opened) and be challenged by the truth of God’s Word and the gospel presented at these two world-class Christian themed attractions.

This item was discussed today on Answers News with regular cohosts Bodie Hodge and Dr. Georgia Purdom and guest Bryan Osborne, AiG’s curriculum specialist. Answers News is our twice-weekly news program filmed live before a studio audience here at the Creation Museum and broadcast on my Facebook page and the Answers in Genesis Facebook page. They also discussed the following fascinating topics:

Watch the entire episode of Answers News for September 6, 2018.