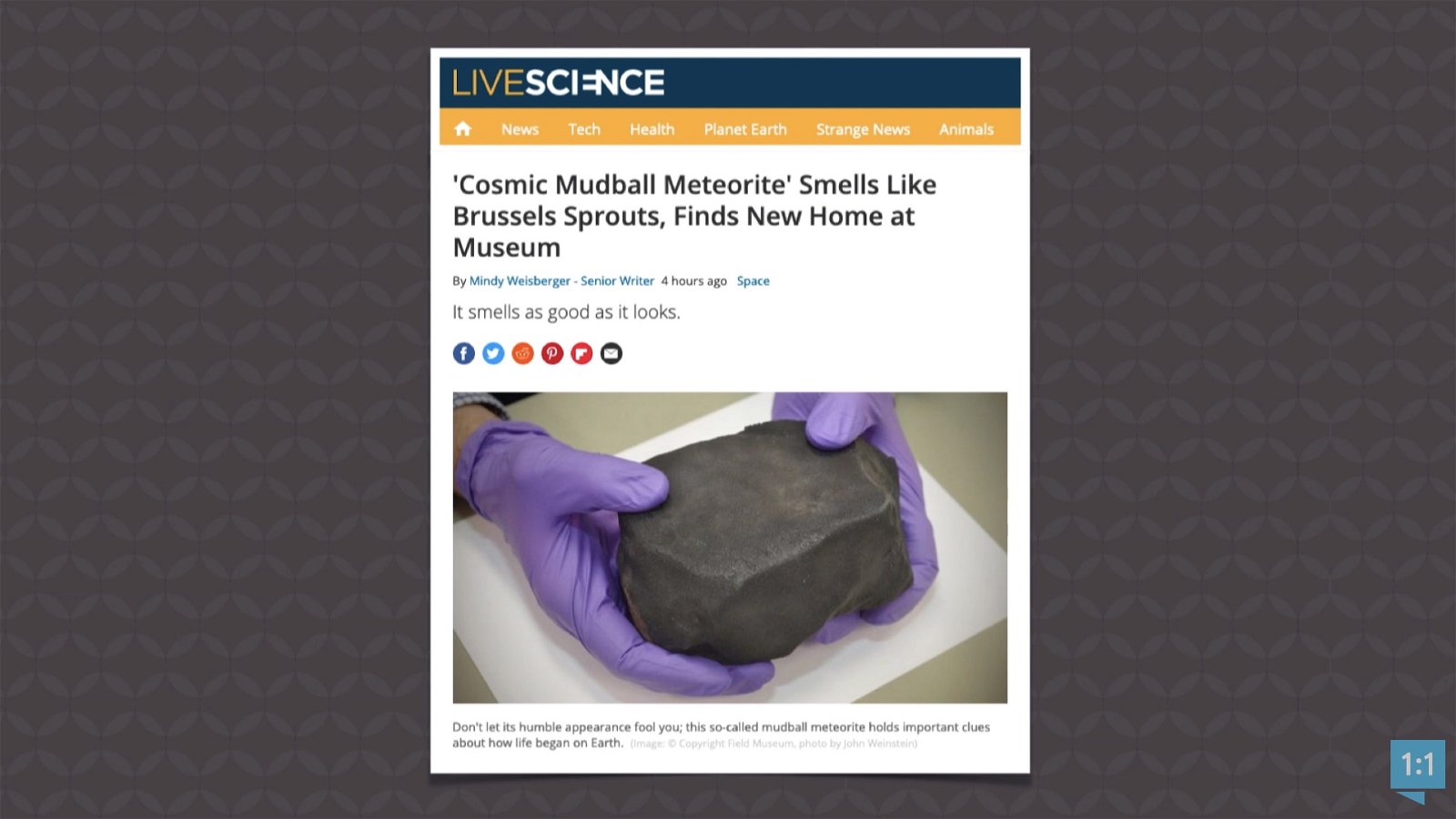 If you’ve ever smelled a meteorite, it probably didn’t have much of an aroma. But that’s not the case with the newest addition to the Field Museum of Natural History in Chicago. This four-pound visitor from outer space (a rare stony meteorite that is called a carbonaceous chondrite) crashed down in Costa Rica’s Alajuela province back in April. And when scientists received the sample, it smelled distinctly like Brussels sprouts! Why—and what does that have to do with creation and evolution?

Well, to answer that question, I’ll share some of the text from the article, answering the question as to why the meteorite smells like a vegetable:

This odor comes from organic compounds such as amino acids. Billions of years ago, malodorous meteorites like this were likely what seeded Earth with the building blocks of life, and Field Museum scientists will study the smelly space rock for clues about the materials that shaped our solar system. [emphasis added]

So, meteorites from outer space with organic compounds crashed into earth and seeded life on this planet?

Organic compounds don’t equal life. These compounds, including amino acids, will not spontaneously form a language system. It’s impossible! It has never been observed because life cannot arise by naturalistic processes. Life is more than just chemicals! It’s information based.

Just because one finds organic compounds does not mean that’s evidence of life.

This meteorite might tell us about outer space and what’s out there. But it won’t tell us anything about the evolution of our solar system or the origin of life. If we want to know that, look to God’s Word. It gives us the true history of the earth, life, and the universe.

This item was discussed today on Answers News with cohosts Dr. Georgia Purdom, Avery Foley, and frequent guest Roger Patterson. Answers News is our weekly news program filmed live before a studio audience here at the Creation Museum and broadcast on my Facebook page and the Answers in Genesis Facebook page. We also covered the following topics:

Watch the entire episode of Answers News for October 21, 2019.