Are Scientists “Clueless” About the Origin of Life? 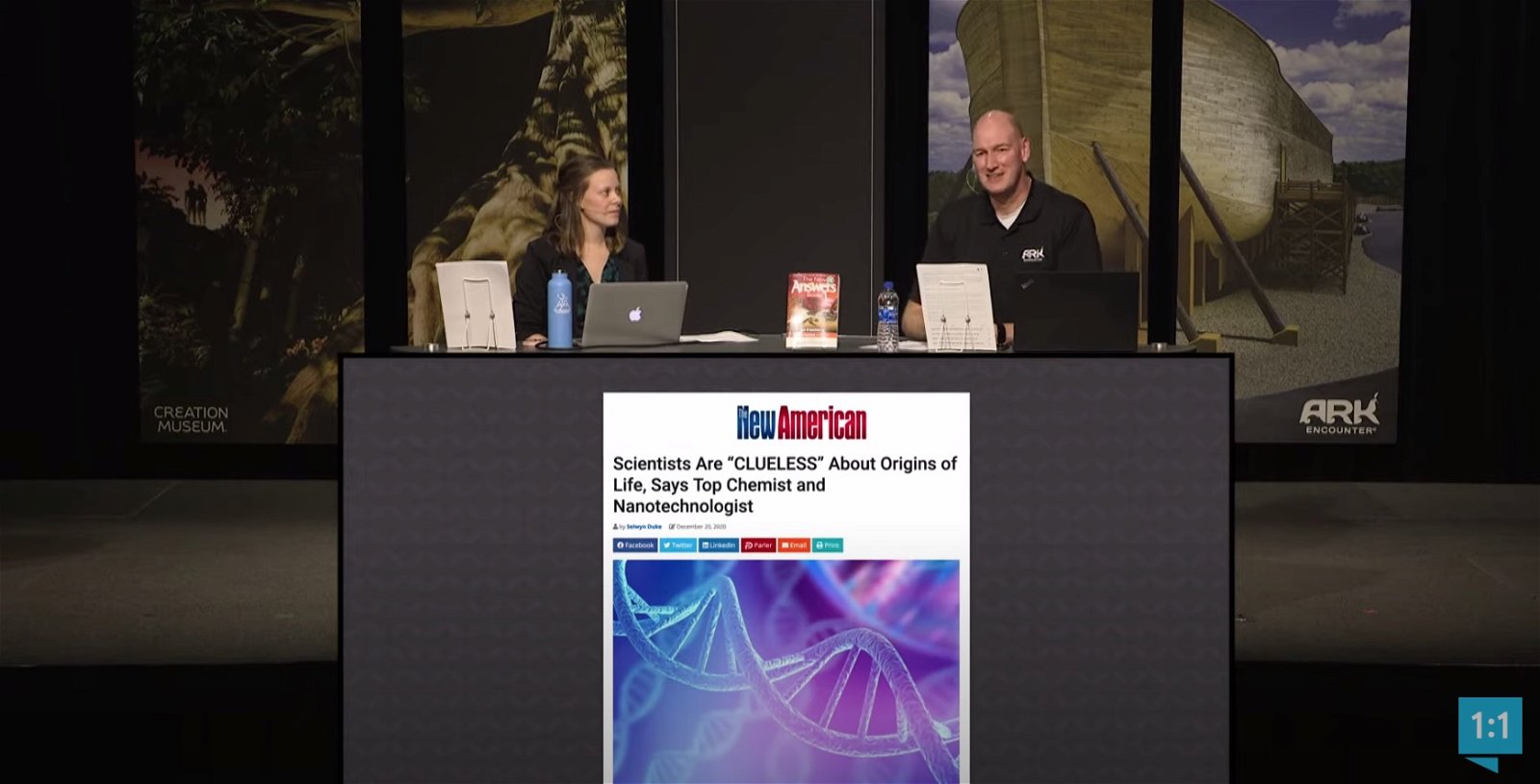 We’re often told that evolution isn’t concerned with the origin of life—that it’s a different question—and that evolution is just about what happened afterward. But if they can’t explain life from non-life in the first place, there is no possibility of any evolution occurring! Even Charles Darwin spoke about this matter in a letter and in some of his other writings:

Though no evidence worth anything has as yet, in my opinion, been advanced in favor of a living being being developed from inorganic matter, yet I cannot avoid believing the possibility of this will be proved some day in accordance with the law of continuity.1

The intimate relation of Life with laws of chemical combination, and the universality of latter render spontaneous generation not improbable.2

It is often said that all the conditions for the first production of a living being are now present, which could ever have been present. But if (and oh what a big if) we could conceive in some warm little pond with all sort of ammonia and phosphoric salts,—light, heat, electricity present, that a protein compound was chemically formed, ready to undergo still more complex changes, at the present such matter would be instantly devoured, or absorbed, which would not have been the case before living creatures were formed . . .3

Of course, there have been many attempts by evolutionists to explain the origin of life, but each has major problems. So much so that Dr. James Tour, professor at Rice University, says that scientists are “clueless” about how life first emerged—and he claims that, in private, many other scientists agree with him.

Dr. Tour says the whole idea of life from non-life is “highly improbable,” and “that current research into the origins of life fails to explain not only the formation of the first cell, but the parts that make up the cell, such as carbohydrates, proteins and nucleic acids such as RNA and DNA.”

In the article Dr. Tour is described as a Messianic Jew who “doesn’t wish to be known as an Intelligent Design proponent.” He says he “operates within the constraints of science when analyzing conventional origin-of-life theory and exposing its fallacies.”

Now, he claims to operate “within the constraints of science,” but is he talking about observational science—i.e., science that is directly testable, observable, and repeatable? Or does he mean historical science, which deals with the past and is not directly testable, observable, or repeatable—and therefore what he believes about the past will determine his interpretation?

Dr. Tour also said, “I do not know how to use science to prove intelligent design although some others might.” Now, Dr. Tour is right that life can’t arise from non-life and that it has major scientific flaws. Indeed, the very idea is predicated not on science (testable, observable, and repeatable science) but on an atheistic, naturalistic, evolutionary philosophy. But I would argue he struggles to “use science to prove intelligent design” because he still has the wrong framework for interpreting the evidence.

There’s enough evidence from creation to make it obvious there’s a Creator (Romans chapter 1 makes that clear)—but that doesn’t go far enough. We need the special revelation God has given us in his Word. If Dr. Tour wants to interpret the evidence correctly, he needs to look at it not through the lens of atheistic naturalism or intelligent design but through the lens of God’s Word.

God has given us the true history of the universe in his Word. If we want to rightly understand and interpret historical science, we must start with the framework of the Bible’s history (i.e., a young earth, animals created according to their kinds, a global flood, etc.). When we start with God’s Word, we have the true eyewitness account of history that explains what we see around us. And, unlike both evolutionary naturalism and intelligent design (which is vague about history and who the designer is), it explains the world around us.

This item was discussed today on Answers News with cohosts Avery Foley and Tim Chaffey. Answers News is our twice-weekly news program filmed live before a studio audience here at the Creation Museum and broadcast on my Facebook page and the Answers in Genesis Facebook page. We also covered the following intriguing topics:

Watch the entire episode of Answers News for December 30, 2020.