Is Stealing Okay If “You’re . . . Getting Something You Need”?

Man stuffs garbage bag full of items from Walgreens and CBS cohost justifies it, yet the Bible condemns stealing even while we have compassion for those in need. 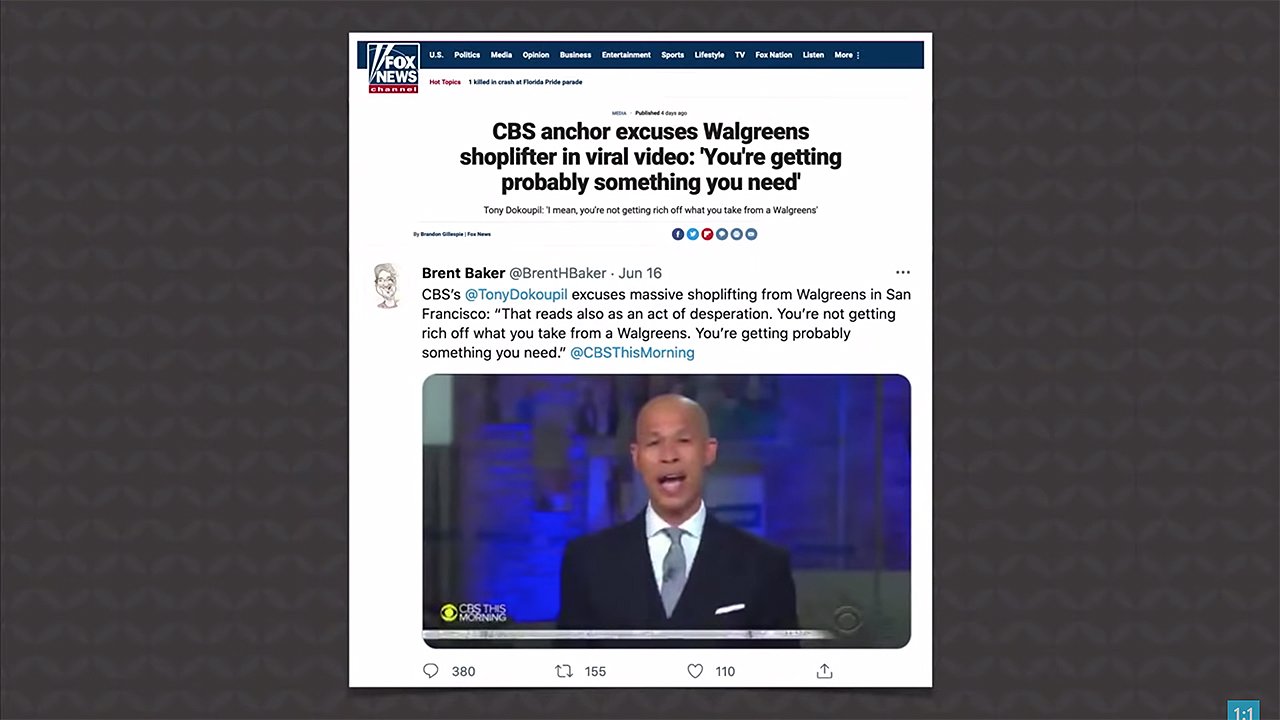 “Thou shalt not steal.” Most people are familiar with—and agree with—the eighth commandment. But is stealing still wrong if it’s an “act of desperation?”

Recently a video, which showed a man stuffing a garbage bag with products off the store shelves at a San Francisco Walgreens then riding away on a bicycle while security looked on, was being discussed on CBS. One cohost of the show, Tony Dokoupil, said,

So crime is never justified of course . . . [but] that reads also as an act of desperation. I mean, you’re not getting rich off what you take from a Walgreens, you’re getting probably something you need. I don’t know the details of that particular case . . .

Certainly we can feel compassion for those who feel they must steal to make ends meet (though, of course, we do not know if that was the case in this instance), but stealing is still wrong, even if the person is only stealing necessities.

But is stealing justified as long as “you’re getting something you need”? No! Certainly we can feel compassion for those who feel they must steal to make ends meet (though, of course, we do not know if that was the case in this instance), but stealing is still wrong, even if the person is only stealing necessities. (And very likely Dokoupil would understand that if it was his home or business that was being emptied by shoplifters!) You see, our circumstances don’t determine right from wrong—God and his Word do. And God’s Word says “thou shalt not steal” (Exodus 20:15).

Our culture today sees morality as very grey—it’s relative depending on the situation. Many also seem to believe that you can’t have compassion on someone’s situation, or help them, and at the same time say what they are doing is wrong. But we can have distress at desperate circumstances, offer genuine help, and condemn stealing at the same time because God’s Word tells us to be “kind to one another, tenderhearted” (Ephesians 4:32), to be generous to the poor (Proverbs 19:17), and it also says,

Let the thief no longer steal, but rather let him labor, doing honest work with his own hands, so that he may have something to share with anyone in need. (Ephesians 4:28)

This item was discussed yesterday on Answers News with cohosts Dr. Jennifer Rivera, Tim Chaffey, and Roger Patterson. Answers News is our twice-weekly news program filmed live before a studio audience here at the Creation Museum and broadcast on my Facebook page and the Answers in Genesis Facebook page. We also covered the following topics: