“If people don’t know their Creator, how can they follow Him?” 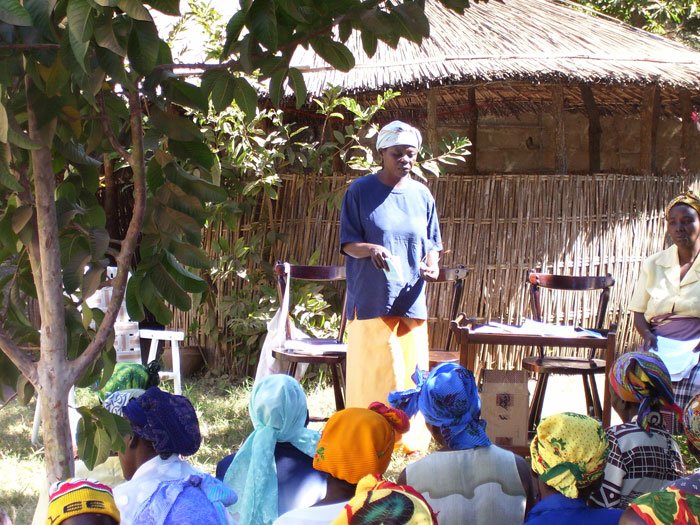 Holding in her hand the newly translated book of Genesis, one of Margy Cowell’s trainees (right) teaches a Genesis account to other Mozambican ladies.

This simple, yet important, question motivated Margy Cowell from South Africa to teach the book of Genesis to Lomwe and Makhuwa women of churches in northern Mozambique.

This missionary with SIM (Serving in Mission) is also training Sunday school teachers to teach the truths of Genesis to the children. Until recently the Lomwe people had only the New Testament and Psalms in their language. But now they have the book of Genesis too.

According to Margy, some of the Genesis stories are vaguely known through songs developed in Lomwe by those who can read the Bible in other languages. Margy also encourages the Sunday school teachers to develop more songs for the children. One young man from the youth group has developed a song about Cain and Abel.

Margy recognizes the importance of teaching Genesis in this day and age. “In Genesis, God is clearly revealed as the Creator of the universe and man,” she says. “He is much more powerful than any other spirit being. He is holy, loving, and patient. He is interested in us, involved in our lives, and totally faithful to His Word.

“It’s only as the local people understand God’s power, love, and trustworthiness that they will lose their fear of witchcraft and unseen powers,” she adds.