The Lord has blessed AiG's Creation Museum project with the addition of Patrick Marsh. 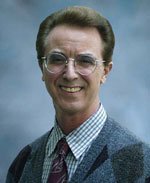 Patrick Marsh, new AiG-US addition and designer of the 'Jaws' and 'King Kong' attractions at Universal Studios in Florida, USA

With all the commotion going on at Answers in Genesis-US, you'd think King Kong himself was on the loose! Actually, the Lord has blessed AiG's Creation Museum project with the addition of Patrick Marsh, the world-renowned art director who designed the 'Jaws' and 'King Kong' attractions at Universal Studios in Florida, USA.

A graduate of well-regarded UCLA* in California (B.A. in Industrial Design, M.F.A. in Environmental Design), Patrick has been involved in design for over thirty years. Some of the highlights of his career include coordinating 50 designers to prepare for the 1984 Olympic Games in Los Angeles, and preparing the dramatic unveiling of the refurbished Statue of Liberty on New York Harbor in 1986.

For the past 11 years, Patrick has been the director of design for Dream Makers in Tokyo, Japan. There he was responsible for the total concept design of various theme park and resort projects throughout Japan, including script writing, art direction, scenic design and architectural design.

You won't have to worry about King Kong terrorizing visitors at the new museum, but you might want to watch out for some other surprises … like a 40-foot-long T. Rex model!

It's amazing that the Lord has returned this 'giant' from far-away Japan to the United States! When Patrick first heard about the need for a designer for the Creation Museum near Cincinnati, Ohio, he said to himself, 'Wow! What a great opportunity! I could use the experience that the Lord's given me to help Answers in Genesis get out the Gospel!'

Patrick is truly excited about the opportunity to create a one-of-a-kind Creation Museum that will give glory to the Creator, who made all the spectacular creatures we see. Certainly the true 'natural history'-from Creation through Catastrophe (the Flood) and the Cross-will come alive under God's perfect design.

We trust that thousands will come to know Christ and go out to serve Him better, as a result of visiting AiG's Creation Museum, located west of the Cincinnati Airport.

For more information on the Bible-upholding museum go to our Creation museum Web site at: www.CreationMuseum.org .