God has truly been faithful and provided a way for Bible-affirming, Creator-honoring resources to make it out to American troops in the field all over the world. 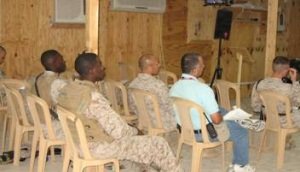 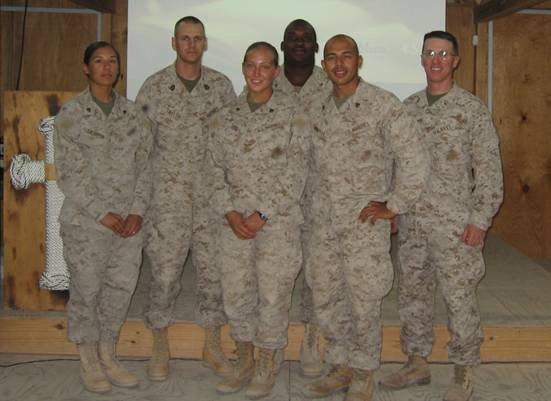 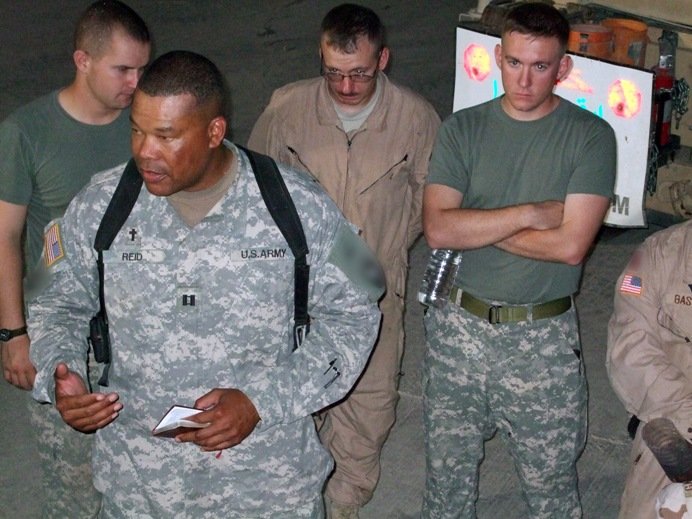 As a retired military person from the US Armed Services, I can empathize with the troops who have been—and are being—“forward deployed” in support of America. Usually the deployed conditions are less than ideal, and troops are faced with long, hard days—and a lot of times experience very dangerous conditions. If they have family “back in the States,” they are constantly worrying that they are okay while away. But even under these conditions, I found that, as a Christian, I could always rely on the Lord to provide peace. His Word was a comfort, and the fellowship with other believers God provided for me while I was deployed strengthened and reassured me.

There was one thing that was missing, however: solid Christian reading and study material! Sure, I had my Bible and possibly a small devotional I had packed, but we never had DVDs and books that could really provide a dynamic Bible study for a group. We just didn’t have the room in our bags, and you really tried to keep the weight you had to carry to a minimum. We could still have awesome Bible studies, but we would have loved some multimedia resources as well. These types of resources also would have made it much easier to attract non-believers to a study. If we told them we were having a Bible study, many troops would usually make some excuse not to come. But if we had been able to say we were having a study on something like radiocarbon dating or how the Grand Canyon had really been formed, we might have had some takers, especially if we were using videos!

Well, God has truly been faithful and provided a way for these resources to make it out to American troops in the field all over the world. Answers in Genesis has made available “Military Chaplain Packs” that are filled with great books, AiG’s Answers magazine, and DVDs . . . all for free! The Answers Academy DVD-based course is a real favorite, and troops have raved about the Answers magazines.

Here are a few words from deployed troops in the field about the materials AiG has provided:

Just wanted you to know that this week is the last night of our ‘Answers Academy’ here in Iraq. It’s been very successful and has really opened the eyes of those who attended. Thank you again for sending all those materials. We’ve so enjoyed having them and AIG has been a GREAT blessing to us during this deployment.

So where’s Ken [Ham]? I’d love to thank him personally for the generosity of AIG and the great help you’ve provided us.

I just want to thank you so much for the shipment you sent us!! I received it yesterday and I feel like a kid with a new toy and I can’t wait to get into it.

Your kindness in sending the materials has been an incredible blessing here. Every Wednesday night we have a core group of Marines and Sailors that show up to see the next installment in the Answers Academy series. So few have ever encountered these truths and it’s a joy to share the study with them. The picture below was taken several weeks ago, and there are more that attend regularly. I just wanted you to get at least a feel for what we have here.

We finished the last class last night and there were a core number of Marines that completed the whole series. I just had to take a picture of them. I told them I’d love to send the picture to AIG and they all loved the idea. (I’m on the right.) What we have here are a small group of newly formed AIG ‘warriors’ that are ever more motivated in spreading the Good News, especially as it related to the truth of Genesis 1-11. 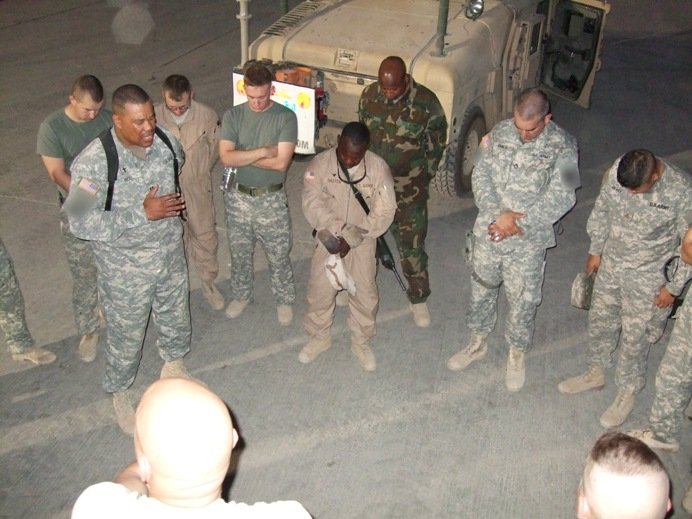 What an opportunity to reach these troops and provide them with biblical, God-honoring studies that are being used to strengthen those deployed Christians and serve as an outreach to those who are seeking answers to tough questions. If you want to get involved in helping to support our troops with solid biblical study material, contact us today!