by Mark Looy on May 8, 2012
Share:
Email Using:
Gmail Yahoo! Outlook Other

As we approach the fifth anniversary of the Creation Museum’s opening on May 28, we are being asked by some media outlets to reflect on the effectiveness of the museum. Not only are they interested in the number of people who have visited (exceeding our projections at almost 1.6 million), but also how the museum has “evolved” even though it is still a relatively new facility.

Recently, a reporter in a southern state asked us to send him photos of museum additions since 2007. We sent him some samples and told him that the photos below represent just a few of the new exhibits, displays, and enhancements. 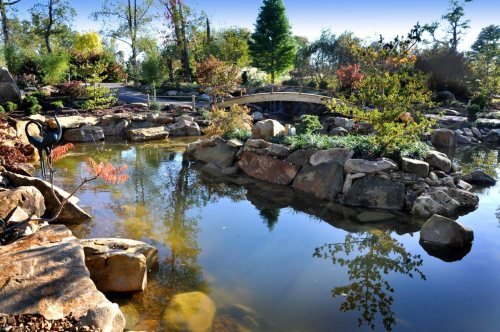 A new koi pond opened in the beautiful botanical gardens of the museum in 2009. 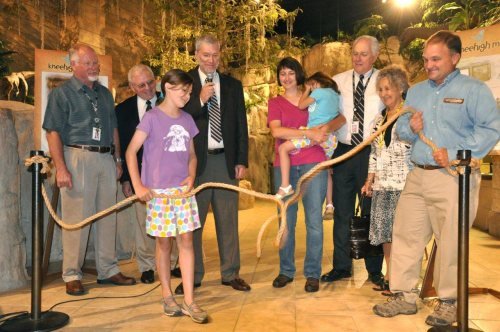 The Kneehigh children’s museum opened inside the Creation Museum in 2010. The family of Randall Gabrel from Oklahoma is shown here participating with AiG officials. 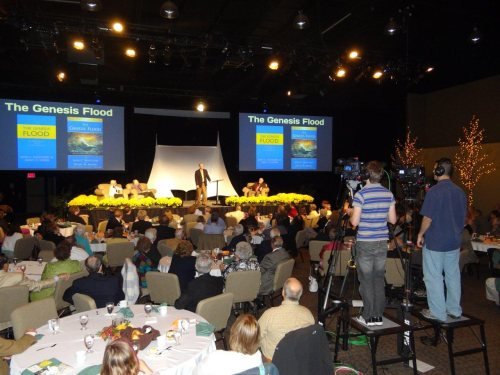 A 1,000-seat auditorium next to the museum to hold special events was opened in 2011. Dr. John Morris of ICR is seen here speaking at one of the first conferences in the hall, honoring the fiftieth anniversary of the classic book The Genesis Flood (co-authored by his father, Dr. Henry Morris). 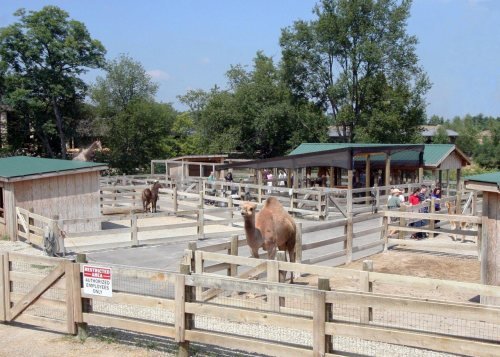 The family-friendly petting zoo was added in 2008. 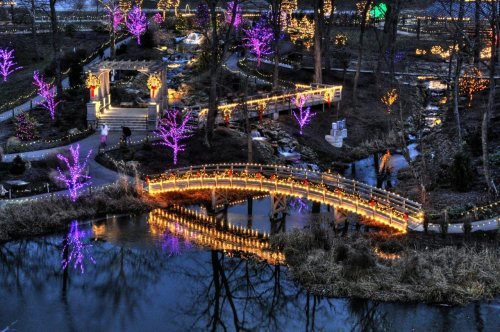 Christmas Town attracted more than 25,000 people to the Creation Museum over eight evenings in December, 2011. 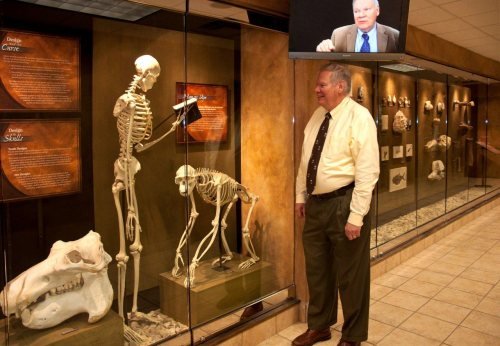 A high-tech exhibit that compares the homology of humans to animals opened in 2011 under the direction of Dr. David Menton. 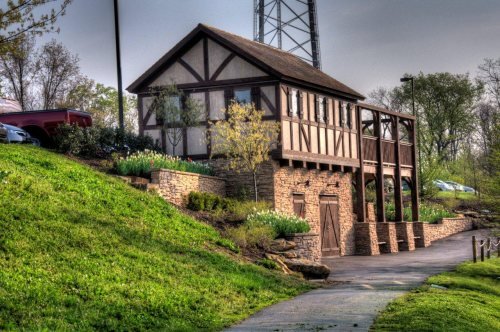 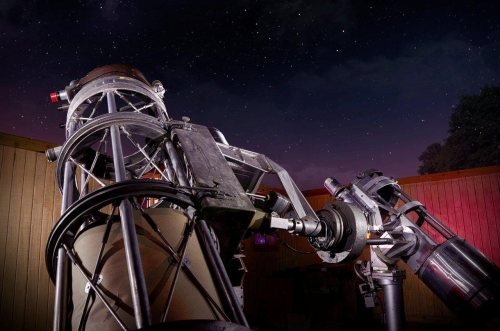 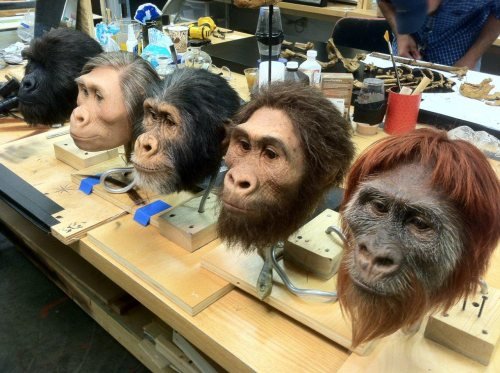 Here are elements of the soon-to-be-opened “Lucy” exhibit, which will show artists’ different interpretations of what the head of the “ape-woman” might have resembled. All were made from the same mold, illustrating the fact that artists project their beliefs about the specimen onto the viewer. The Creation Museum will refute the idea that Lucy was a transition between modern humans and an ape-like ancestor.

The future Ark Encounter is planned to be constructed 40 miles from the museum, off I-75, south of Cincinnati.

When AiG was designing the Creation Museum several years ago, various museum and zoo officials around the country told us that it would be vital not to become stale, but to add new attractions every few months. Repeat visitors, we were informed, are a “life blood” of a facility such as ours. Through our supporters’ generosity and sacrificial giving (ticket sales only allow us to break even on running this large museum), we have been able to continually “re-freshen” the museum by adding new exhibits and enhancements. For example, we just dedicated the new observatory (photos above), so many of our museum visitors can stay past closing time to peer into the heavens and see God’s handiwork in the universe (Psalm 19:1).

Please praise God with us, as He has allowed this museum to embolden hundreds of thousands of Christians in their faith. It has shared the gospel with tens of thousands of skeptics and others who don’t accept the full authority of the Bible. We often hear salvation testimonies from visitors who have toured the museum and received solid, biblical, and scientific answers to their questions. These are instances of scales having been lifted so that visitors are more open to receiving Christ. As Ken Ham, AiG and Creation Museum president and CEO, so often declares, “we don’t want visitors to tour the museum and just become creationists. We want them to receive Christ as their Savior. In terms of eternity, that’s the most important thing.”

During our fifth anniversary celebration banquet on May 25, we will unveil our new “Lucy” exhibit, where we reveal to our visitors that the so-called “exhibit A” for human evolution is not our ancestor. (See the photo above for a sneak preview of this high-tech, exhibit, which will incorporate hologram technology.) Meanwhile, for a summary of the famous “Lucy” fossil, read Farewell to “Lucy”.

In addition, over the long Memorial Day weekend, AiG president Ken Ham will be speaking to museum guests at 12:00 noon on Friday, Saturday, Monday, and Tuesday, plus another session Sunday afternoon at 3:00 PM. There will be no extra cost.

Praise God for His blessings upon a museum that proclaims the authority of His Word and the gospel. And plan to join in the celebrations, May 25–28.