Taking the Creation-Gospel Message to the World 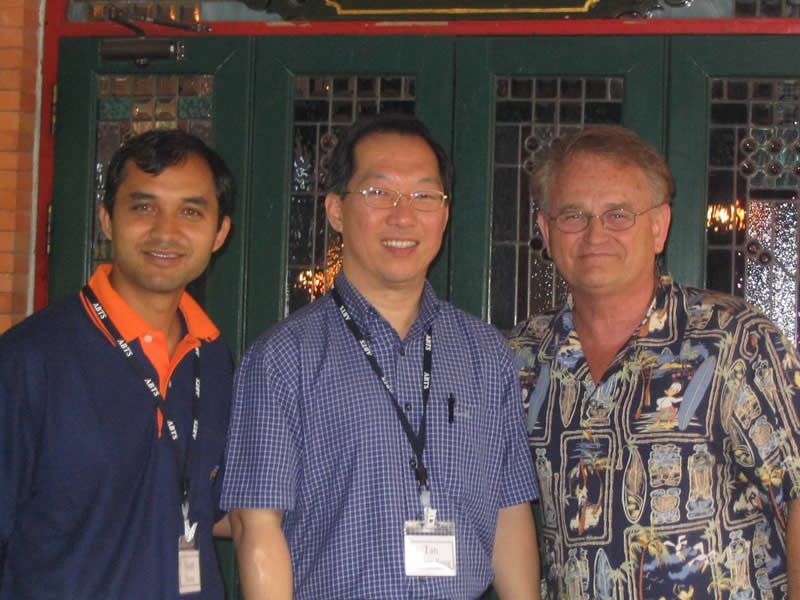 This unique channel of ministry is similar in many respects to AiG’s publications, Creation Museum, web sites, and radio program. But unlike those efforts, “WorldWide” is reaching far beyond the walls of the English language.

With the enthusiastic support of the AiG board of directors and AiG founder/president Ken Ham, WorldWide is blessed to be directed by one of the most respected publication translation leaders in Christianity today, Dr. David Crandall.

Formerly the head of Gospel Literature Services (co-sponsor of the two most recent Olympic evangelism efforts in which AiG participated: Australia and Greece) Dr. Crandall joined AiG early in 2006 and is already responsible for the coordination of more than 76 translation projects. AiG’s global network of translators, editors and distribution partners—introduced to AiG by Dr. Crandall—includes scores of translation teams. In less than two years, Dr. Crandall and AiG’s new WorldWide effort have been used of the Lord to move the AiG creation-gospel message into more languages and countries than in the previous 12 years combined. 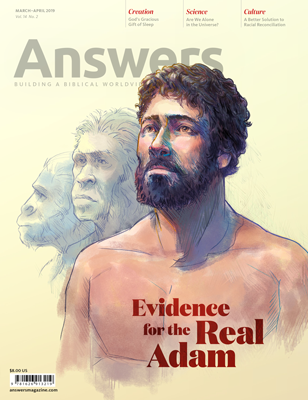 Did you know that Answers magazine has also gone global? We’re already in almost 100 countries and growing, thanks to you. You can enhance WorldWide’s global impact by sending a gift subscription anywhere in the world! Help us reach the nonshaded areas on the map.

In addition to printed materials—which are among the most cost-effective ways to deliver a clear message in multiple languages—AiG has already produced an entire 6-part DVD series in Spanish that was similarly taped and translated while our team was in Mexico. These video series are part of our overall strategy to take God’s Word to the world and share the good news of a Creator God, who is also our Savior God, to millions of people around the world.

Later this month Ken Ham will travel with Dr. Crandall to the Marianna Islands in the western Pacific Ocean, east of the Philippines. There he will minister on the island of Saipan with people from all over Asia. The Governor of Saipan has promised to come and hear Ken Ham as he makes six presentations that will be instantaneously translated into Chinese. An AiG video crew will record each session and these videos will be made available throughout the Chinese world.

When WorldWide was in its infancy, we articulated the need for “training others” as both a biblical mandate as well as a practical way to fulfill the great commission. So, in April 2008 we will host ten international Christian leaders at our museum-office complex and train them for one week on how to do creation talks and uphold the authority of Scripture. Ken Ham will work with these men and women for over six hours on all the details of a creation evangelism ministry. Other speakers from AiG will share in the training process. After seven days of intense training, the International Training Seminar students will return to their home country to duplicate the AiG ministry.

AiG WorldWide is now working on translations into 76 languages, and our newest translated book is the children’s title All God’s Children. This boardbook has been translated into seven major languages. We are particularly happy about this book because children’s materials are often overlooked in some translation ministries.

Dr. Crandall maintains a vigorous worldwide travel schedule to help make translations happen. In his first one and a half years of ministry, he has circled the globe three times, and through all his years of ministry, has visited 81 countries. He reports that he has found evolutionary teaching in every country he has visited.

AiG is determined to take the challenge of 1 Corinthians 15:34, “some have not the knowledge of God, I speak this to your shame.” Dr. Crandall is fond of saying, “we want to reduce the shame level and take the knowledge of a Creator God to every people group in the world.”

Like several areas of AiG’s ministry, our WorldWide outreach department is not self-funding and we have stepped out in faith at the Lord’s leading to meet this critical need. We continue to pray for the Lord’s provision for the AiG ministry and ask that you prayerfully consider partnering with us financially in the opportunity created by outreach efforts such as WorldWide.

To find out more: