The spring 2014 issue of Answers begins arriving in homes next week!

The spring 2014 issue of Answers begins arriving in homes next week! It takes subscribers from a geologist’s view of Noah’s lost world, to a little boy’s view of heaven, and illuminates two major turning points in human history—the Flood and the Cross. Along the way you’ll learn about archeology’s discovery of Göbekli Tepe (thought to be ancient man’s first temple), how to make water climb a tree, and amazing details about the process of a butterfly’s metamorphosis inside its chrysalis. (You can still get this issue. Subscribe now!)

Noah’s world looked nothing like the continents of today. With the help of geology, we can put many pieces back together.

God’s Word tells us, “the world that then existed perished, being flooded with water” (2 Peter 3:6). Most of us are very familiar with the biblical account of the great Flood, but close study reveals insights into God’s word that you may not have seen before. This issue’s special section of three feature articles helps uncover a deeper understanding of the Flood.

“Who cares about the details of the Flood—when the animals got on board, when the rains ceased, etc.?” Be careful! This flippant attitude opened the door for attacks on the historical realities of Genesis, and it’s time to take a closer look.

“Making the Most of the Message” by Lee Anderson, Jr.

Genesis records the details of the Flood in a sequence we would not expect. That’s for a reason. If we don’t understand the point of the passage, we can misinterpret the chronology and miss its deeper message.

The global cataclysm left some baffling mysteries for scientists—puzzles that are better explained by a worldwide Flood than by slow-and-gradual geologic processes.

The details of the Flood have profound implications for explaining the geology of the earth today. In the 1960s, oil companies discovered a broad pattern in the rock layers that has puzzled secular geologists, but the Bible holds the key.

Although the Flood should have been a turning point in human response to our Creator, we returned almost immediately to our rebellious ways. But God provided an eternal solution to our sin problem when He sent His Son.

“Placing the Cross in History” by Andreas Köstenberger 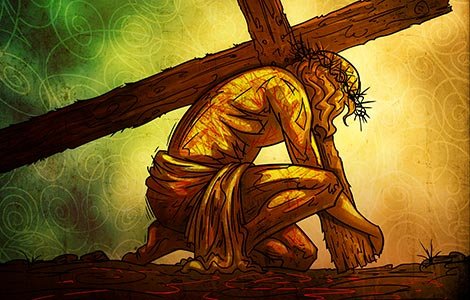 Can we know the exact date of Christ’s death? The Bible’s firsthand accounts give us plenty of historical details that narrow down when Jesus died within the Roman Empire’s tumultuous early days.

“Resurrection—No Doubt About It” by Tim Chaffey

Christ’s resurrection is the most mocked and vilified miracle in the annals of human history. “Impossible, a fake,” modern scholars say. Yet a closer examination confirms the Bible’s historical integrity.

You’ll also read about wonders of God’s creation, like the humorous-looking beak of the toucan and the glorious metamorphosis of a caterpillar to a butterfly—itself a picture of resurrection and new life.

Since the dawn of time, people have marveled at the caterpillar’s visible transformation into a butterfly. Learn of new technology that reveals a symphony of unseen changes just as miraculous! 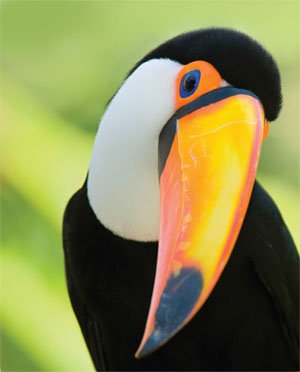 Imagine having a protuberance on your face that reached down to your belly. That’d be a bit awkward! But when God designs a bird with a bodacious beak, you can be sure it’s something to strut about.

A bird’s best friend—that’s not normally said about spiders. But the orb weaver has a unique “stay away” warning system that has inspired new technology to save birds’ lives.

And it doesn’t stop there! In this issue subscribers will find much more—archaeology and astronomy, as well as other articles that will equip you to share your faith with boldness and discernment. (Subscribe now. It’s not too late!)

“Monuments at Göbekli Tepe—Overturning Expectations about Ancient Man” by Henry B. Smith

Most people have heard of Stonehenge and Cheops, but archaeologists have discovered mysterious monuments built many years earlier . . . when humans were supposedly hunter-gatherers. How is this possible? 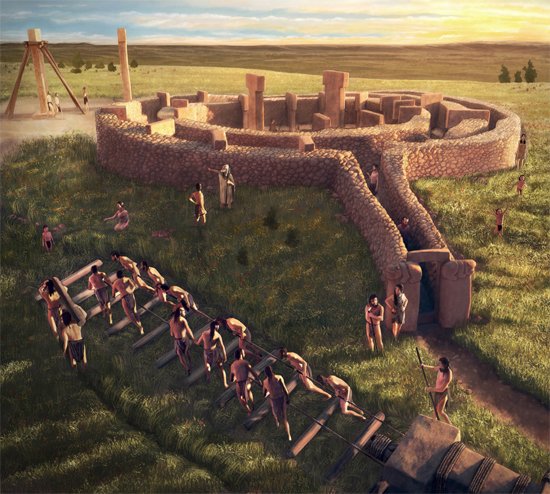 The secular media often reports new evidence of stars in the process of formation. They say it supports star evolution. What do creationists think?

“The Right Tool for the Job” by Roger Patterson

Trying to convince someone about the Creator but unsure which resource is most effective? There’s one essential tool you might be overlooking.

“Are Visits to Heaven for Real?” By John MacArthur

Did you know that a pastor’s book recounting his son’s visit to heaven rose to the top of the bestseller list and recently became a major motion picture. Many Christians were quick to help spread the word, but can such celestial visits be for real?

Subscribe today for all this and more, including; an update on the recent debate between Creation apologist Ken Ham and Bill Nye “the science guy”, a stunning creation photo poster, a fun science experiment, and lots more teaching from godly experts.

Note: Help keep Answers coming! These Creator-affirming articles are made possible by those who subscribe to the award-winning Answers magazine. If you do not currently receive this quarterly publication, please subscribe or renew now . You will immediately save at least 25% off the newsstand price, and you can immediately download up to three great creation videos, for FREE!