This is Ken Ham, on a mission to strengthen the global church with God’s Word. 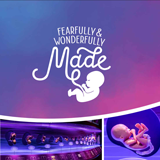 This week, we’re looking at supposed examples of “bad design” in our bodies. The first popular example is our appendix. But this argument has been debunked for years!

Evolutionists often argue that the appendix is a useless leftover—and a Creator never would’ve given us one. But such thinking holds back science. You see, more research has shown the appendix has a very good purpose.

Think of it as a “safe house.” The good bacteria that we need in our guts can live there and, if you get sick, they repopulate your gut.

Sure, you can live without an appendix, but it’s much better to have one!

Our bodies aren’t filled with bad design—we’re “fearfully and wonderfully made.”