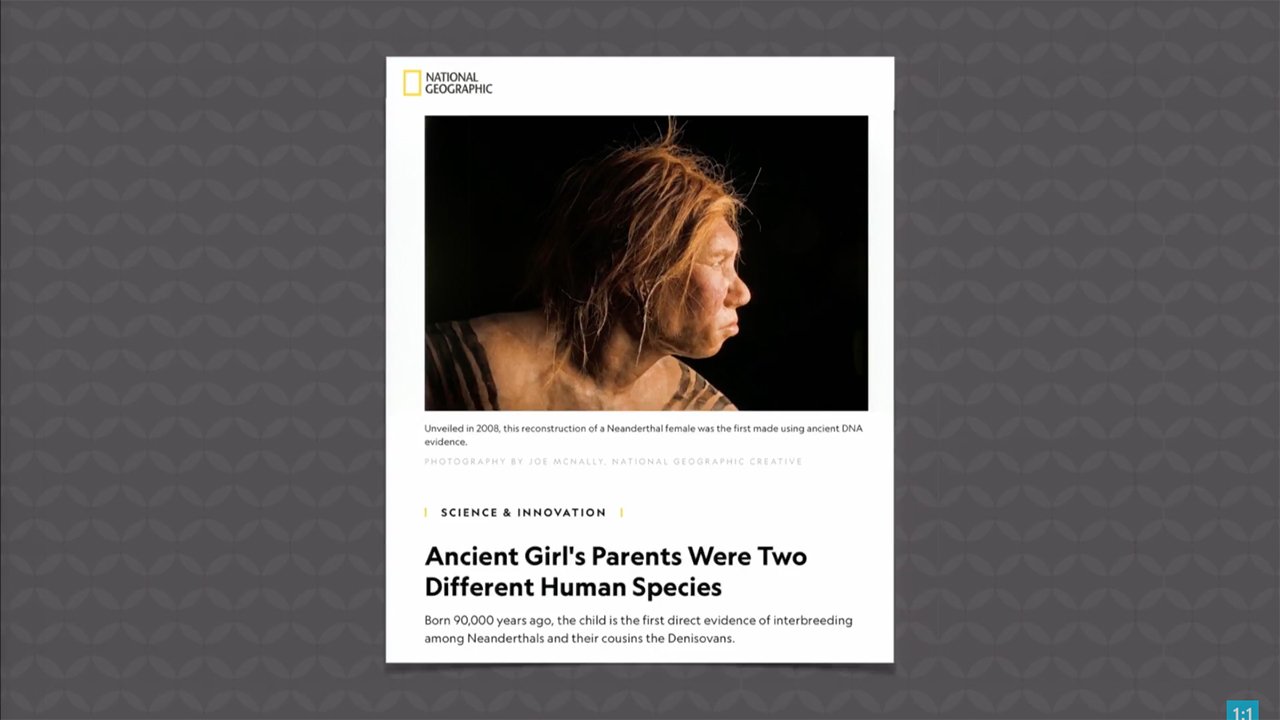 The scientific community has been buzzing with the recent news that a small bone fragment recovered from a cave in Siberia is the remains of a 13-year-old girl whose parents belonged to what they call two different human species, Neanderthals and Denisovans. Her ancestry was revealed by a study of her mitochondrial DNA (from her mother) and her nuclear DNA (from both mother and father). The results showed her mother was a Neanderthal and her father a Denisovan. Now, is this surprising in a biblical worldview?

Not at all. Neanderthals and Denisovans are not separate species, though they are labeled as such by secular scientists. Creationists have been saying all along that both are fully human. Their unique characteristics just reflect some of the variety God built into the human genome. Much of this variety and even some unique lineages, such as these Neanderthals and Denisovans, have died out over time.

This young lady and her parents lived after Noah’s flood, likely during the ice age. They can trace their ancestry back through Noah’s sons, to Noah, and through Noah to Adam. While secular scientists may be confused and surprised by what they call “interbreeding,” we’re not at all. These are all humans, all one race, all made in God’s image (Genesis 1:27), so of course they can reproduce with one another. When we start with God’s Word, we get an accurate picture of the world.

This item was discussed today on Answers News with regular cohosts Bodie Hodge and Dr. Georgia Purdom. Answers News is our twice-weekly news program filmed live before a studio audience here at the Creation Museum and broadcast on my Facebook page and the Answers in Genesis Facebook page. We also discussed the following eye-opening topics:
Watch the video on YouTube.

Watch the entire episode of Answers News for August 27, 2018.