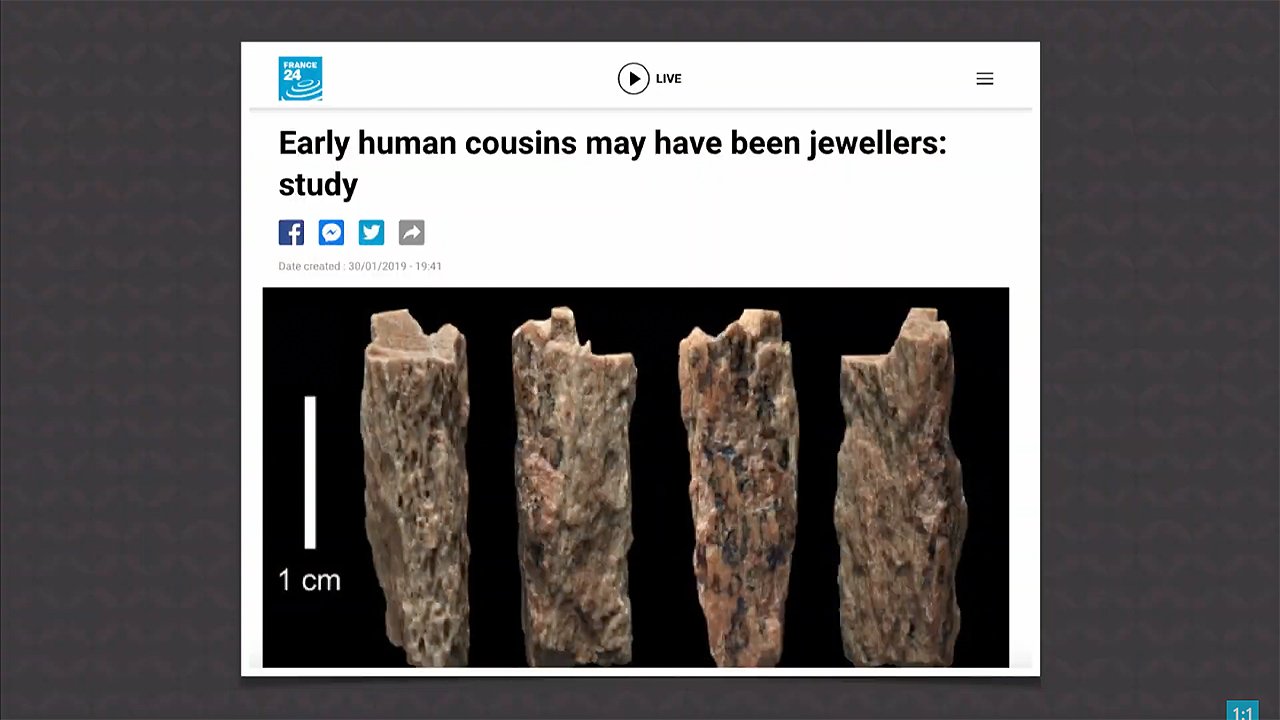 Evolutionists have long believed other supposed “species” of humans were primitive and not quite human. Biblical creationists, because we start with a completely different starting point, have long argued that there’s only one species of humans (but a good deal of variety within this species) and that other human varieties were intelligent and fully human, just like us. We believe this because the Bible clearly teaches all humans are descended from Adam and Eve (Genesis 1:27, Genesis 3:20, Acts 17:26), and therefore we’re all related: all one race, the human race. And a new discovery confirms what the Bible taught all along!

Denisovans, a human variety known only in fossil form from one cave in Siberia, are considered by evolutionists to be our early cousins, not as advanced as modern man. But scientists have found more than just fragments of human remains in this cave (which, in a biblical worldview, was likely inhabited by these people during the ice age after the global flood). They also discovered “perforated animal teeth” that researchers believe may have been used as necklaces, leading to one news headline, “Early human cousins may have been jewellers.” They found bone tools, beads, and stone-worked bracelets. Researchers note such artifacts are generally only associated with modern humans, and, much more recently, with Neanderthals (another human variety).

Denisovans were humans, descended from Adam and Eve just like us.

This find doesn’t surprise creationists. Denisovans were humans, descended from Adam and Eve just like us. This new find only confirms what we knew all along, starting with God’s Word.

Watch the entire episode of Answers News for February 7, 2019.