Image by jesse orrico, via Unsplash.

Did a “Taste for Fat” Make Us Human? 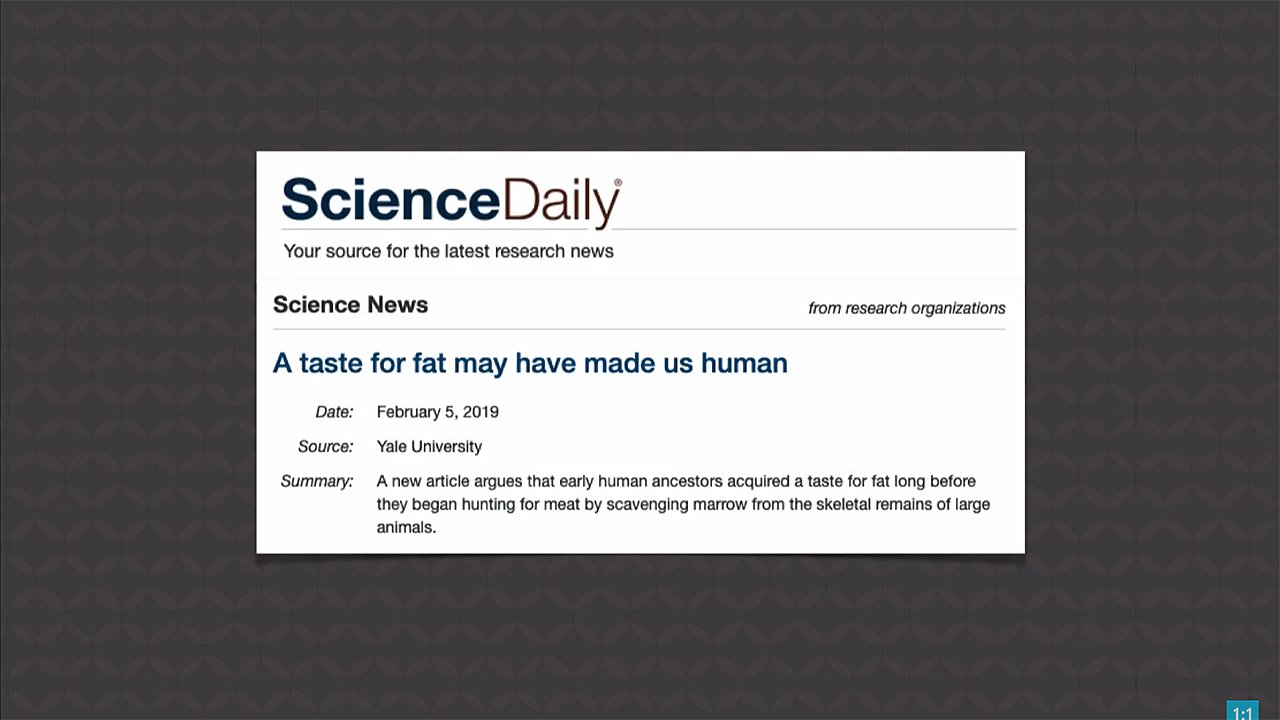 It’s long been an evolutionary puzzle as to how early humans got the bigger brains they needed to evolve into modern humans. Well, a new study proposes maybe it was a taste for fat that did it—and that’s why we still crave fat today. Evolutionists currently believe supposed primitive humans began eating meat as they evolved. Now it’s proposed it was fat that enabled them to grow bigger brains!

Apparently, for humans to develop and sustain their bigger brains, they needed adequate nutrition and fat is the answer. These researchers believe ape-like ancestors used rocks to smash the bones of large mammals left behind by predators. They then ate the nutrient-rich bone marrow, giving them the energy to evolve a bigger brain. It’s so obvious this happened!

This is nothing more than a story concocted to try and explain the supposed evolution of humans from non-humans.

I have one word to describe this research: fairytale. This is nothing more than a story concocted to try and explain the supposed evolution of humans from non-humans. No observational evidence backs up any such idea (although they say they are going to start “looking for evidence of bone-smashing behavior in early human ancestors”). The suggestion now is instead of looking for intact bones in the fossil record, we should look at all the broken ones as we’ll supposedly find the ones our ape-like “ancestors” smashed to get the fat to evolve the bigger brains. Wow! This incredible “scientific” research will no doubt be taught in the public-school classroom—but don’t mention God created human beings as that’s such a way-out idea!

A taste for fat didn’t make us human. No amount of nutrition is going to add the necessary information to form the amazingly complex human brain—not to mention all the other anatomical distinctives that make us human. Makes me think of this verse of Scripture:

We’re human because God created us male and female in his image (Genesis 1:27). We didn’t evolve from some ape-like ancestor. We were created by God, fully formed and functioning, from the very beginning.

Watch the entire episode of Answers News for February 14, 2019.