Apes and Humans—Our Saliva Is Different 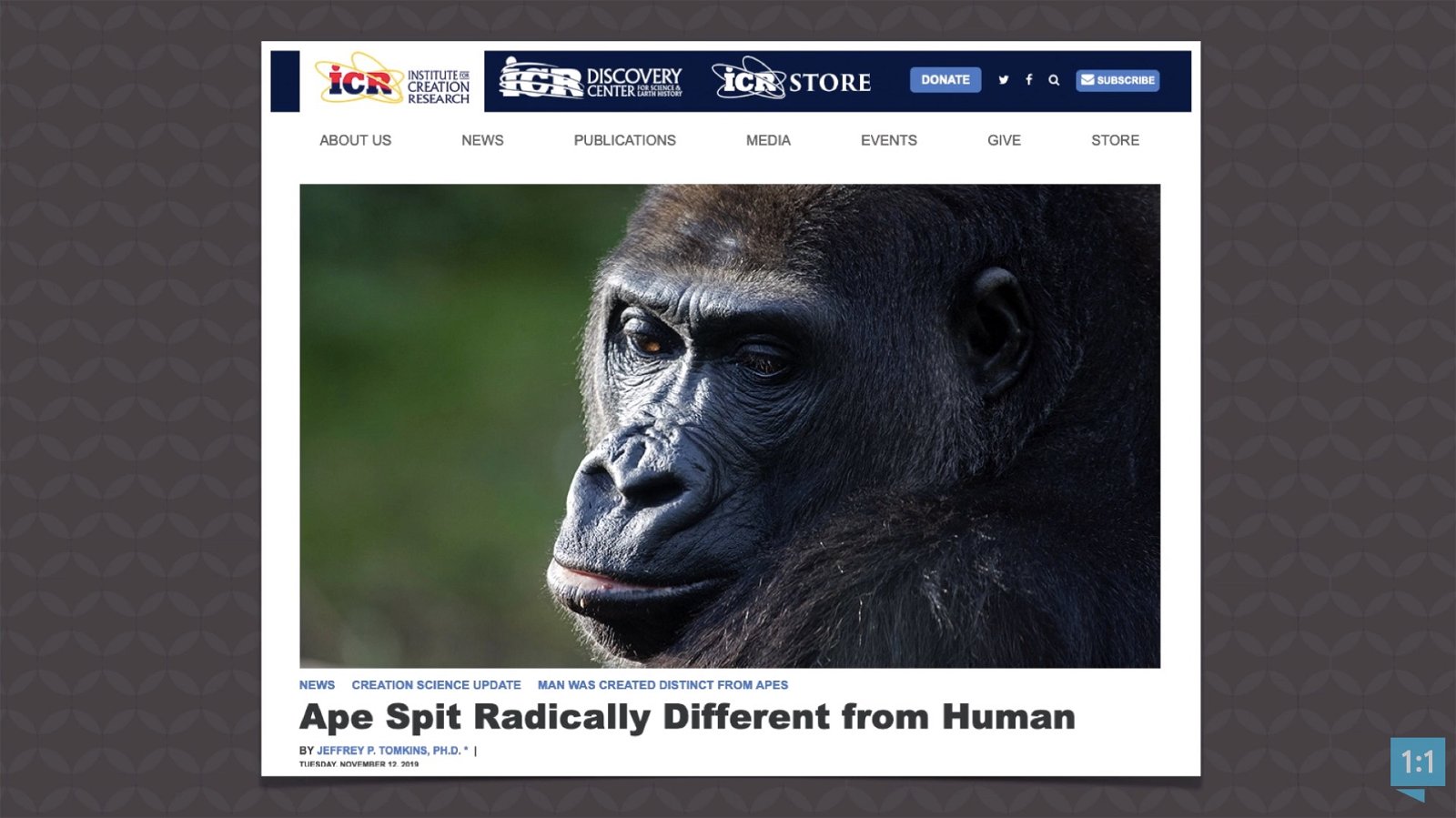 When you think of what scientists do on a daily basis, you probably don’t think of them as studying spit! But a group of scientists recently analyzed human saliva and the saliva from chimpanzees, gorillas, and macaques. From an evolutionary perspective, humans share a common ancestor with chimps and gorillas (we’re supposedly evolutionary cousins), so our spit should have some commonalities. But—surprise! (not really)—it doesn’t!

As the Institute for Creation Research shares, the researchers discovered that our saliva was very different from that of our supposed “cousins,” gorillas and chimpanzees, as well as the evolutionary outlier, macaque monkeys. Our human saliva is much waterier than ape saliva. Also, the concentration of proteins and the major groups of those proteins found in saliva is much lower in human saliva than in the saliva of apes and monkeys. They also discovered that humans have proteins unique to us. Not only that, each primate species they looked at had its own unique collection of salivary proteins. There was no obvious connection!

Their conclusion? “We discovered unique protein profiles in [the] saliva of humans that were distinct from those of non-human primates . . . certain properties and components of human and non-human primate saliva might have evolved in a lineage-specific manner.” In other words, there’s no obvious evolutionary relationship! Both our saliva and the saliva of these primates are unique to each kind.

That’s the opposite of what you’d expect from an evolutionary worldview. There should be an evolutionary relationship—but there isn’t. And that’s exactly what you’d expect starting with God’s Word. God created everything according to their kind and made us unique in his image (Genesis 1:27)—we’re not just animals, and we’re not related to chimps or gorillas. What we see in the world absolutely confirms what we’d expect if your starting point is God’s Word.

This item was discussed today on Answers News with cohosts Dr. Georgia Purdom and Avery Foley. Answers News is our weekly news program filmed live before a studio audience here at the Creation Museum and broadcast on my Facebook page and the Answers in Genesis Facebook page. We also covered the following intriguing topics:

Watch the entire episode of Answers News for November 18, 2019.