Forget Your Nose. You Also Smell with Your Tongue 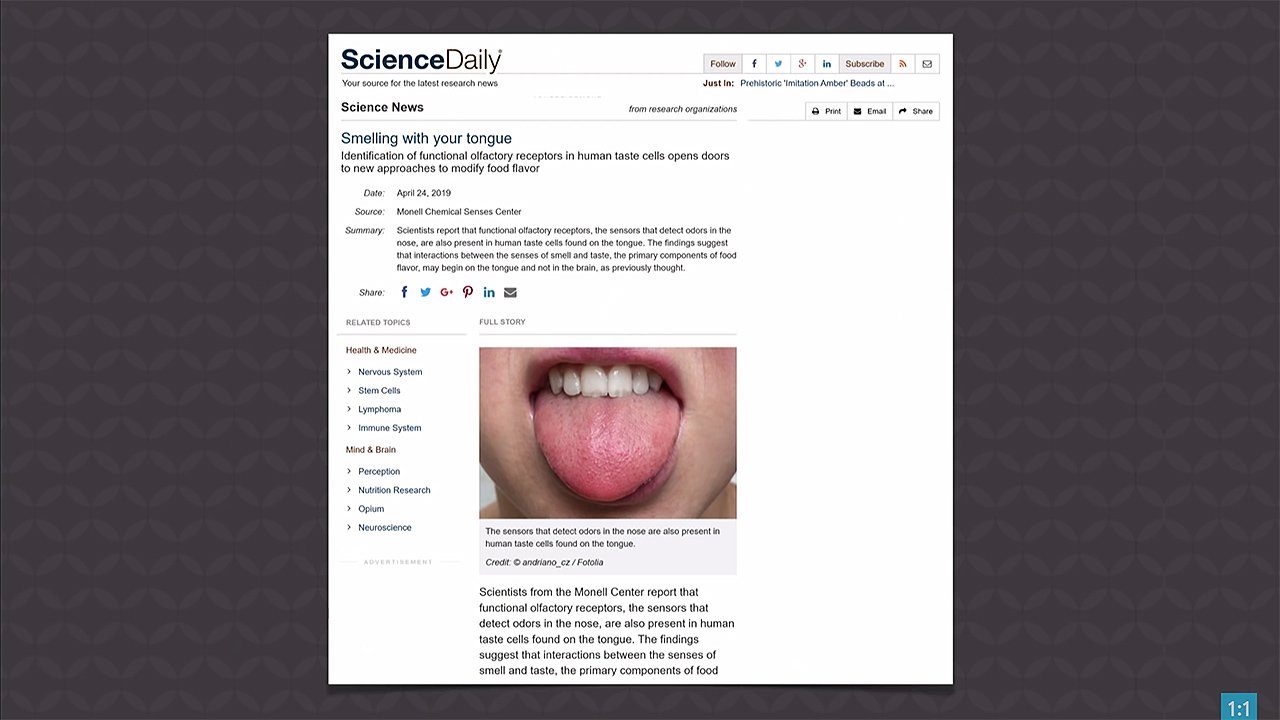 The more we learn about what God has created, the more in awe of our Creator we should be. Just when we think we understand something, a new study shows we really didn’t know as much as we think we did. In fact, as finite beings we know hardly anything about creation compared to what there is to know. The layers of complexity in God’s creation are simply astounding! And that was highlighted in a new study that showed it’s not just our nose that contains olfactory receptors (the protein responsible for detecting smells)—it’s also our tongue.

Until now, taste and smell were considered to be independent sensory systems that did not interact until their respective information reached the brain. . . .

Using genetic and biochemical methods to probe the taste cell cultures, the researchers found that the human taste cells contain many key molecules known to be present in olfactory receptors.

So, what they’re saying is your tongue likely can “smell,” and your tongue and nose are not as separate as once thought. In other words—we’re more complex than they figured! This will be an exciting new arena of research as scientists seek to discover how much these olfactory receptors on the tongue influence taste and even smell. It’s just another reminder of Romans 1:19–20:

For what can be known about God is plain to them, because God has shown it to them. For his invisible attributes, namely, his eternal power and divine nature, have been clearly perceived, ever since the creation of the world, in the things that have been made. So they are without excuse.

But, of course, the researchers try and give evolution credit for our ability to taste and smell our food:

Taste, which detects sweet, salty, sour, bitter, and umami (savory) molecules on the tongue, evolved as a gatekeeper to evaluate the nutrient value and potential toxicity of what we put in our mouths. Smell provides detailed information about the quality of food flavor, for example, is that banana, licorice, or cherry? The brain combines input from taste, smell, and other senses to create the multi-modal sensation of flavor.

It’s a wonderful reminder of God’s care for creation.

But such a complex system, able to detect and remember such a wide variety of smells and flavors, did not evolve by natural processes. It’s impossible! It’s a wonderful reminder of God’s care for creation. He designed us to be able to detect and enjoy a wide variety of flavors—and then created a world filled with innumerable flavors and possible flavor combinations. (Why would evolution result in thousands and thousands of different flavors and smells?) What a good Creator we have! The incredible bounty of food, taste sensations, and wonderful smells around us should remind us of this verse:

Oh, taste and see that the Lord is good! Blessed is the man who takes refuge in him! (Psalm 34:8)

This item was discussed today on Answers News with cohosts Dr. Georgia Purdom, Bryan Osborne, and Bodie Hodge. Answers News is our twice-weekly news program filmed live before a studio audience here at the Creation Museum and broadcast on my Facebook page and the Answers in Genesis Facebook page. We also covered the following topics in the news:

Watch the entire episode of Answers News for May 9, 2019.