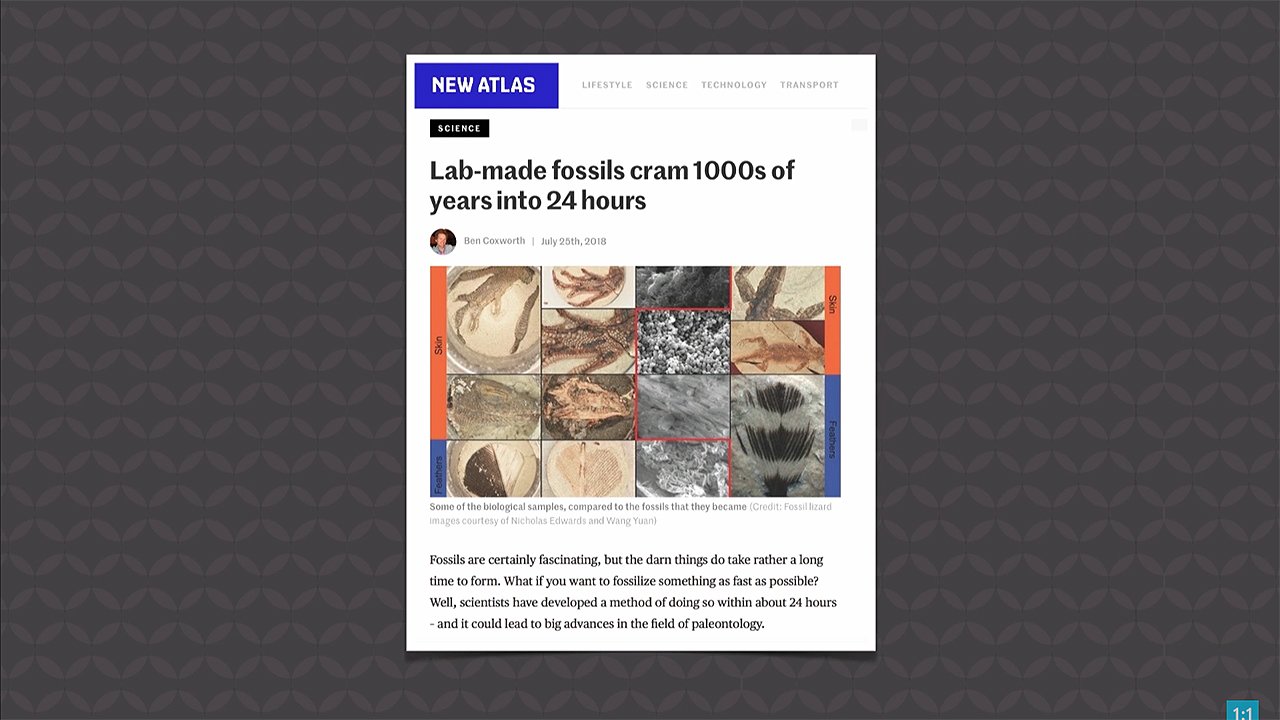 When you hear about fossils, it’s generally within the context of hundreds of thousands or millions of years. Indeed, a recent news article on lab-made fossils began with “fossils are certainly fascinating, but [they] do take rather a long time to form.” It later adds, “over the course of anywhere from tens of thousands to millions of years…the bones [turn] to stone.” But what did the lab-made fossils really demonstrate?

They showed it doesn’t take millions of years to form fossils! Scientists were able to make fossils from fresh specimens in just 24 hours—one day! All it took was the right conditions (mostly heat and pressure). Scientists are hoping these quick-forming fossils will help them discover more about fossils.

Under the right conditions—which the flood of Noah’s time would have created—fossils can form quickly.

Interestingly, these lab-made fossils are virtually identical to naturally forming fossils, even when the scientists looked at them under a scanning electron microscope. And scientists found some of the same features in these fossils as in natural ones, such as melanosomes (the structures that contain melanin and give feathers and skin their color). And the article also notes that “less stable materials, like proteins and fatty tissues, don’t show up in real fossils, and they weren’t present in [the synthetic fossils] either.”

This research is fascinating and points toward something creationists have been saying for decades—it doesn’t take long ages to form fossils! Under the right conditions—which the flood of Noah’s time would have created—fossils can form quickly. And remember, to make a fossil requires a catastrophic event—the plant or animal needs to be covered quickly to be preserved.

I discussed this item today on Answers News with regular cohosts Dr. Georgia Purdom and Bodie Hodge. Answers News is our twice-weekly news program filmed live before a studio audience here at the Creation Museum and broadcast on my Facebook page and the Answers in Genesis Facebook page. We also discussed the following fascinating topics:

Watch the entire episode of Answers News for August 6, 2018.