Photo by XINYI SONG, via Unsplash. 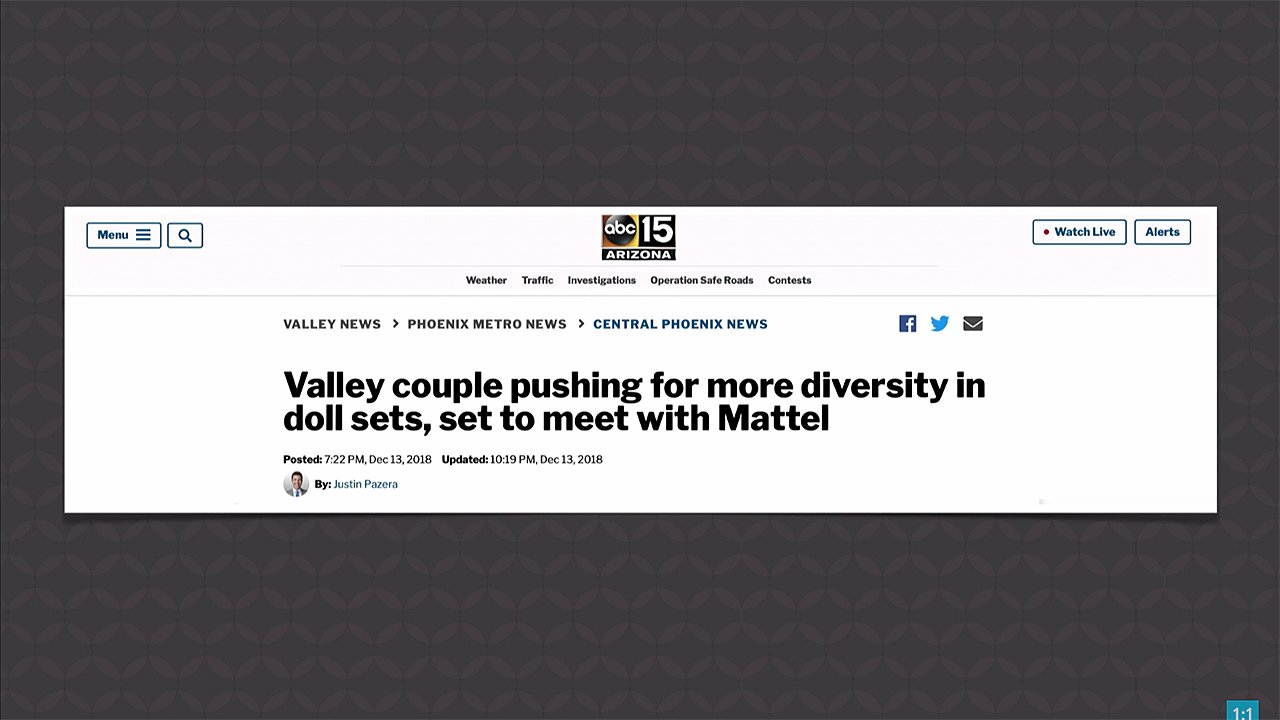 For nearly 60 years Barbie and Ken—the famous plastic dolls produced by Mattel—have been a pair. But a gay couple is meeting with Mattel in the hopes of changing that. This couple was unable to find a gay wedding doll set to give as a gift, so they made their own by buying a wedding set and an additional Ken doll, removing Barbie, and placing the Ken doll by the other Ken doll’s side. After they complained about a lack of “diversity” to Mattel, they secured a meeting with the toymakers in the hopes of helping them expand their doll line.

Where Does “Diversity” Stop?

This is just another attempt to normalize gay “marriage” and other sexual perversions.

This is just another attempt to normalize gay “marriage” and other sexual perversions. Many of those in the LGBT community want to make it seem so normal—just another type of family or relationship—that the next generation won’t even bat an eyelash. And they’re becoming increasingly successful.

But where does “diversity” stop? Babylon Bee, the Christian satire site, wrote a parody article on this issue titled “Mattel Unveils Barbie: Polygamy Edition.” They write:

In a move to be more open and inclusive toward different sexual orientations, Mattel announced Thursday the company is releasing Barbie: Polygamy Edition, a series of dolls that feature Ken with multiple wives.

And their satire is spot on! Why stop with gay “marriage”? If “love is love,” as one of the men in this gay couple said, why exclude those who “love” multiple women (or men), or even those who “love” children or animals? Where do you draw the line? In a secular view, they really can’t draw a line because they have no ultimate, absolute authority by which to do so.

As soon as you reject God’s Word, you’re left with moral chaos as everyone does what’s right in their own eyes (Judges 21:25). I predict that in the coming years, we will see increasing attempts to normalize pedophilia (we’re already seeing these), polygamy (again we’re already witnessing this), and bestiality. And we’re also observing that the LGBTQ movement doesn’t just want the freedom to express their views, but to insist on acceptance by everyone—thus undermining freedom of religion and the free exercise of religion (guaranteed by the US Constitution) for Christians who build their thinking on God’s Word concerning marriage and sexuality.

One of the men pushing for this new doll set said,

It’s going to come up in your family no matter what … As more same sex couples are having kids, your kids are going to have kids in a class that have gay parents. It’s not that huge shock anymore.

I think his statement needs to serve as a warning to Christian parents. We cannot hide and shelter our children from sexual sin—including homosexuality and gay “marriage”—forever. Eventually, and probably sooner than we’d like, “it’s going to come up.” The culture is pushing the LGBT agenda in every way possible from curricula, to parades, to media, to anti-bullying campaigns, to apparel, and now even toys. They will encounter this idea—are they prepared to think biblically about it?

An Apologetic for Marriage

We need to be equipping our children with a biblical view of marriage and sexuality. We need to be teaching them apologetics so they can defend what they believe about marriage. You see, as Christians we start with a different starting point from the world, which bases its thinking on man’s ever-changing opinions. God’s Word—the revealed word of truth from our Creator—is our authority and that’s why we think so radically different from the world.

God’s Word—the revealed word of truth from our Creator—is our authority and that’s why we think so radically different from the world.

And because we start with God’s Word, we understand that marriage was created and ordained by God (Genesis 1:27; 2:24) therefore he alone has the authority to define what it is. And he has clearly defined it as between one man and one woman.

Gay couples aren’t a huge shock anymore—they are all over TV shows, commercials, and movies. Many children have classmates who have gay parents. What was unthinkable just twenty years ago is now mainstream and becoming so commonplace, it’s viewed as hardly worth commenting on. Our children and grandchildren are growing up in a very different world. We must equip them to think biblically and, no matter how commonplace these sexual perversions become, look at the world through the lens of Scripture, not culture.

Watch the entire episode of Answers News for January 7, 2019.