1 in 6 Young Americans Identify as LGBT

A shocking 15.9% of Gen Z Americans now identify as LGBT amid sexual identity indoctrination and a loss of Christian foundation in culture. 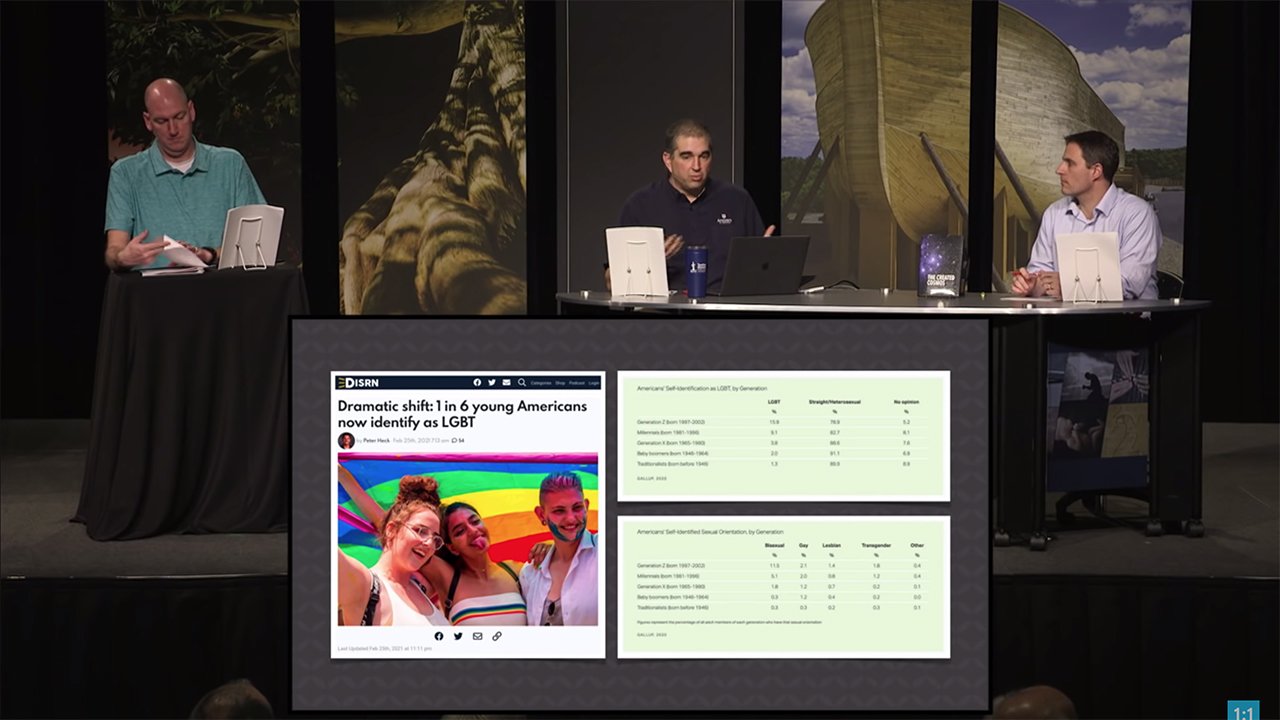 Stop and consider this for just a moment: for those over the age of 75 in America (known as the Greatest Generation), a mere 1.3% percent would identify themselves as LGBT. Only 1.3% percent—just a tiny fraction. Contrast that with today’s young people where, according to a just-released 2020 Gallup poll, 15.9% percent identify as LGBT. That means in a group of six American young people, one identifies as LGBT. That’s staggering. It’s a dramatic shift in the culture. Consider the changes that have occurred generationally: 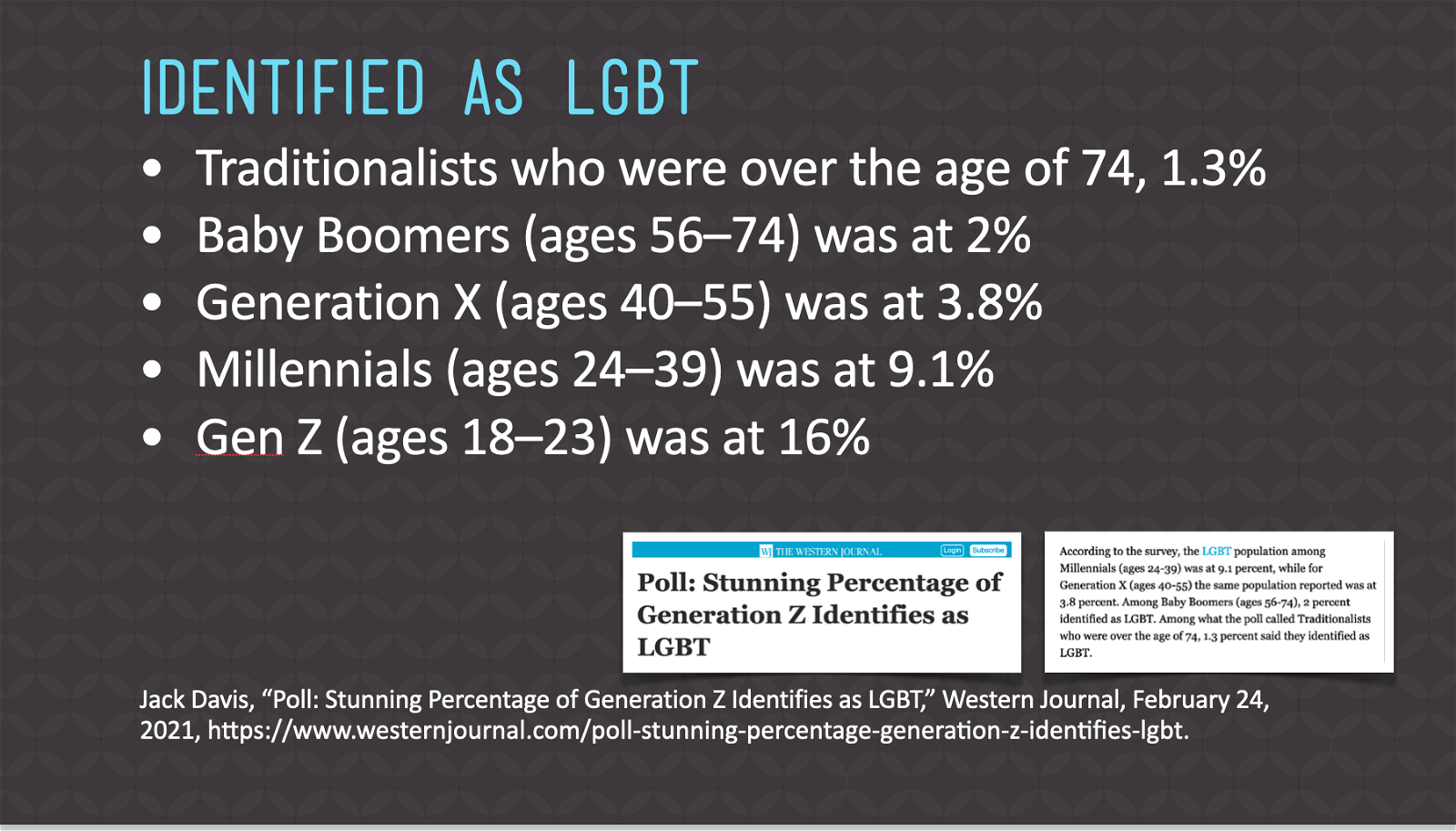 Well, before we get into that question, let’s dig into those numbers a little bit. The survey found that nearly 16% of young people (18–23) claim they are LGBT. Of that 16%, nearly three-quarters (11%) would claim the “B” in LGBT—“bisexual” (being attracted to both men and women). Contrast that with the Greatest Generation, where only 0.3% identify as bisexual. Now that’s interesting!

Now, I want to bring out three things that I believe explain what is happening in our US culture today.

Young people today are putting their identity, worth, and value in their sexuality. But what they need is Christ!

Young people today are putting their identity, worth, and value in their sexuality. But what they need is Christ! They need to put their identity in Christ and his completed work on the cross for them. Putting our worth in ourselves and in our own sinful desires doesn’t bring freedom—it brings slavery to sin. The freedom, worth, value, meaning, and purpose that our culture so desires are only found in Jesus Christ, who died for our sins, rose again, and offers forgiveness and eternal life as a free gift to all who will believe.

This item was discussed today on Answers News with cohosts Roger Patterson, Tim Chaffey, and Bryan Osborne. Answers News is our twice-weekly news program filmed live before a studio audience here at the Creation Museum and broadcast on my Facebook page and the Answers in Genesis Facebook page. We also covered the following topics:

Watch the entire episode of Answers News for March 8, 2021.