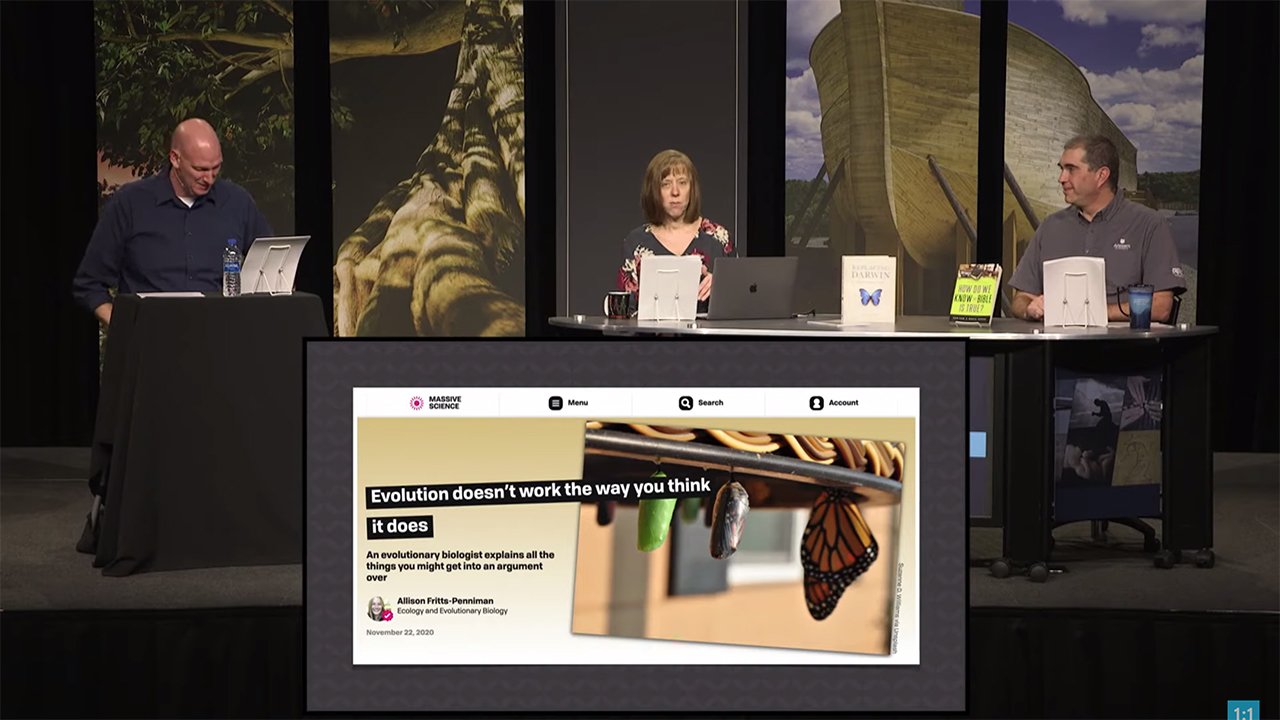 What is evolution? Well, that really does depend on who you ask, but most people use the term to refer to the origin of the species and the descent of all living organisms from a common ancestor—including humans supposedly evolving from apelike creatures. A recent article titled “Evolution Doesn’t Work the Way You Think It Does” attempted to explain the concepts of evolution, natural selection, and fitness to help readers better understand what evolution is all about. But was the author really describing evolution?

Throughout the article, Allison Fritts-Penniman, an evolutionary biologist, referred to various observable processes, such as mutations and natural selection, and then folded them into the overarching theme of evolution. Now, this is where the difference between observational and historical science comes in.

It is an interpretation, grounded in naturalism and atheism, that attempts to explain the observational evidence through a specific worldview lens.

You see, we observe populations changing. We observe adaptation and natural selection. We observe mutations. All of this is observational science, and it has nothing to do with evolution as people most commonly define the term! This science is directly testable, observable, and repeatable. Evolution in the molecules-to-man sense, however, is historical science and is not directly testable, observable, or repeatable. It is an interpretation, grounded in naturalism and atheism, that attempts to explain the observational evidence through a specific worldview lens.

So where did all the genetic information in our DNA—a complex language system—come from? That’s something evolutionary ideas have never been able to explain.

So where did all the genetic information in our DNA—a complex language system—come from? That’s something evolutionary ideas have never been able to explain. But evolution requires the addition of massive amounts of brand-new genetic information in order for a single-celled organism to evolve into a human over billions of years. But no such naturalistic process has ever been observed.

The observational evidence doesn’t confirm evolutionary ideas. The evidence is only explained within a creation worldview based on God’s Word beginning in Genesis. In the biblical view, God created organisms according to their kinds with maximum genetic diversity to start with. So each kind will always reproduce within its kind and never between kinds (which is what we observe). There will be a lot of variety and diversity within a kind because of the incredible amount of created genetic diversity God gave each kind at the very beginning, but one kind never changes into another kind.

Natural selection, adaptation, mutations—all of these observable processes make sense and are easily explained with a biblical view of creation and the fall. But in an evolutionary view, there’s no mechanism to produce the genetic information needed. As always, the observational evidence confirms the history in God’s Word, not evolutionary ideas. Molecules-to-man naturalistic evolution is impossible and never happened . . . and never will!

This item was discussed yesterday on Answers News with cohosts Dr. Georgia Purdom, Tim Chaffey, and Roger Patterson. Answers News is our weekly news program held here at the Creation Museum and broadcast on my Facebook page and the Answers in Genesis Facebook page. We also covered the following topics:

Watch the entire episode of Answers News for December 2, 2020.