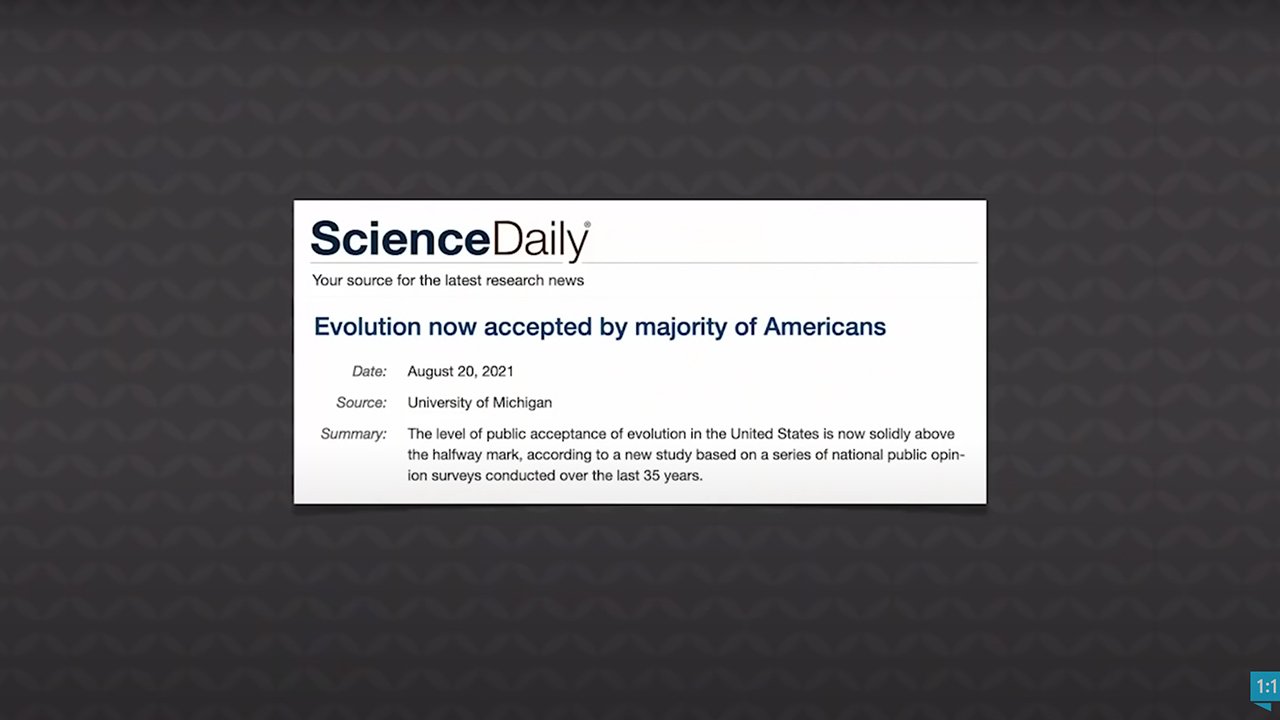 A new study has found that acceptance of evolution—specifically the affirmation of this statement: “human beings, as we know them today, developed from earlier species of animals”—is now “solidly above the halfway mark” at 54% of Americans. Is this surprising?

No, it’s certainly not surprising, given the following:

But there is still a large number of people who reject evolution, and there’s no doubt the ministries of Answers in Genesis and our Ark Encounter and Creation Museum are having a phenomenally positive impact on millions of people as we expose evolution for what it is: the pagan religion of this age that attempts to explain life without God. Remember, “people loved the darkness rather than the light because their works were evil” (John 3:19).

And remember, just because the majority believes something doesn’t mean it’s correct.

And remember, just because the majority believes something doesn’t mean it’s correct. Rather, we look to the perfect, infallible Word of the Creator who has always been there, knows everything, and never makes a mistake to determine truth.

Now, having said all that, I had one of our researchers read the paper on this, who concluded,

The increase in people accepting evolution comes mostly from the group that previously said, “I don’t know.” Rejection of evolution is only down by maybe 2–3% since 2015 and roughly 8–9% since 1985. This coincides with the rise of the “nones” (16%) in that time frame and the drop in evangelicals (11%) since 1985 per a 2018 GSS study. Essentially fewer people are hedging their answer as the culture becomes more secular.

Find out more about the problems with molecules-to-man evolution—and why over half of Americans are wrong to affirm humans evolved from animals—at AnswersinGenesis.org.

This item was discussed yesterday on Answers News with cohosts Tim Chaffey, Dr. Jennifer Rivera, and Bryan Osborne. Answers News is our twice-weekly news program filmed here at the Creation Museum and broadcast on my Facebook page and the Answers in Genesis Facebook page. We also covered the following intriguing topics:

Watch the entire episode of Answers News for September 1, 2021.