Photo by Rohan Makhecha, via Unsplash.

Is Everything “Evolving All Around Us All the Time”?

Evolutionists point to an example of bighorn sheep as evolution “seen within a lifetime,” but it’s actually just a variation within the sheep/goat biblical kind. 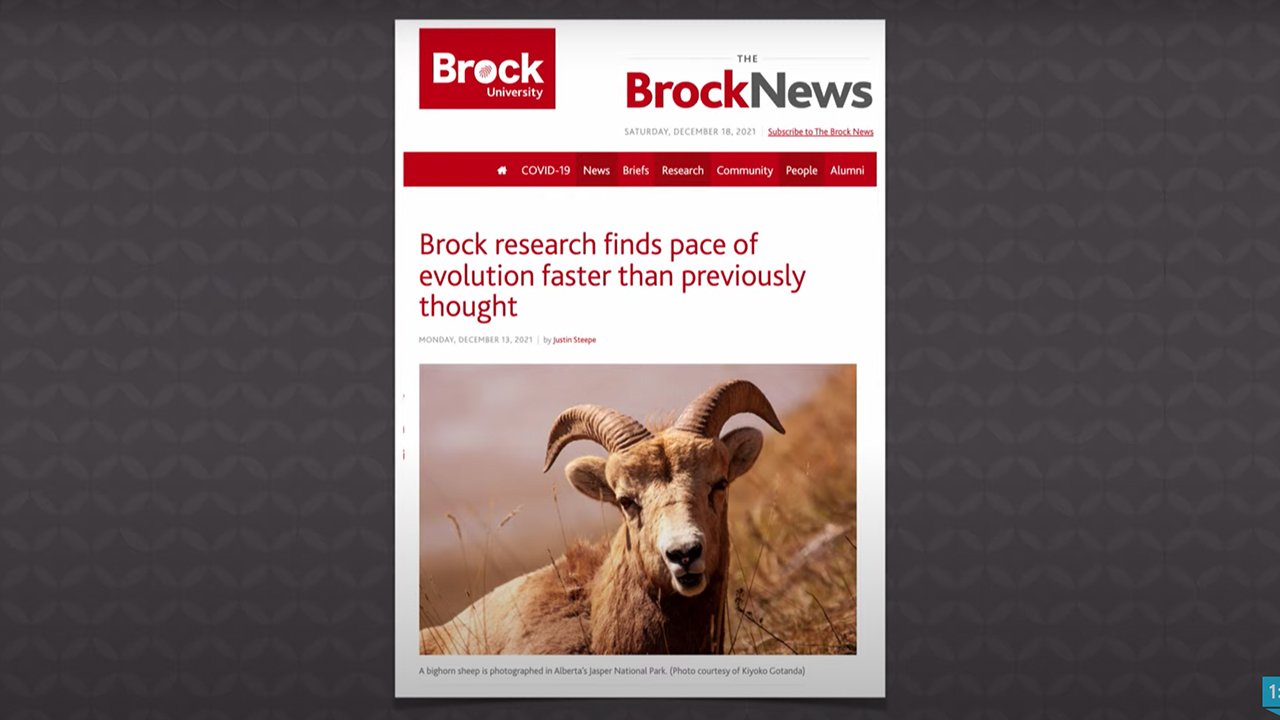 Is evolution a game of “slow and steady,” or is it more of a rapid process, happening “all around us all the time”? Well, that entirely depends on how you define evolution! According to a new paper, evolutionary changes can be very rapid, “seen within a lifetime.” But are the researchers actually observing evolution?

Here’s the example of so-called “rapid evolutionary interplay” given at the beginning of the popular summary in the paper:

In response to targeting by trophy hunters, wild populations of bighorn sheep are now growing 10 per cent smaller horns than they did less than 20 years ago as a way to adapt and minimize the risk to their species.

But such adaptation has nothing to do with the change of one kind of creature into another—it’s merely variation within a created kind (in this case the Caprinae, or sheep/goat kind).

Hmm, horns are still horns—just different sizes. But such adaptation has nothing to do with the change of one kind of creature into another—it’s merely variation within a created kind (in this case the Caprinae, or sheep/goat kind). Bighorn sheep with smaller horns are perhaps a shift in the population, but the information for smaller horns was already present in the population. Nothing new has been added—no evolution has occurred. There’s been absolutely nothing like a change of kind happening in these populations. Really, this is a “bait and switch”—the researchers are giving an observable example of adaptation and calling it “evolution” when it’s not.

So-called “rapid evolution” can happen within our lifetimes because it’s, well, not evolution. It’s merely natural selection and adaptation taking place, working off information that already exists in the genome (put there by the Creator God—after all, information can’t come from non-information). Evolution requires the addition of brand-new genetic information—something that’s never been observed!

This item was discussed yesterday on Answers News with cohosts Tim Chaffey and Bodie Hodge. Answers News is our twice-weekly news program filmed live before a studio audience and broadcast on my Facebook page and the Answers in Genesis Facebook page. We also covered the following topics:

Watch the entire episode of Answers News for December 22, 2021.