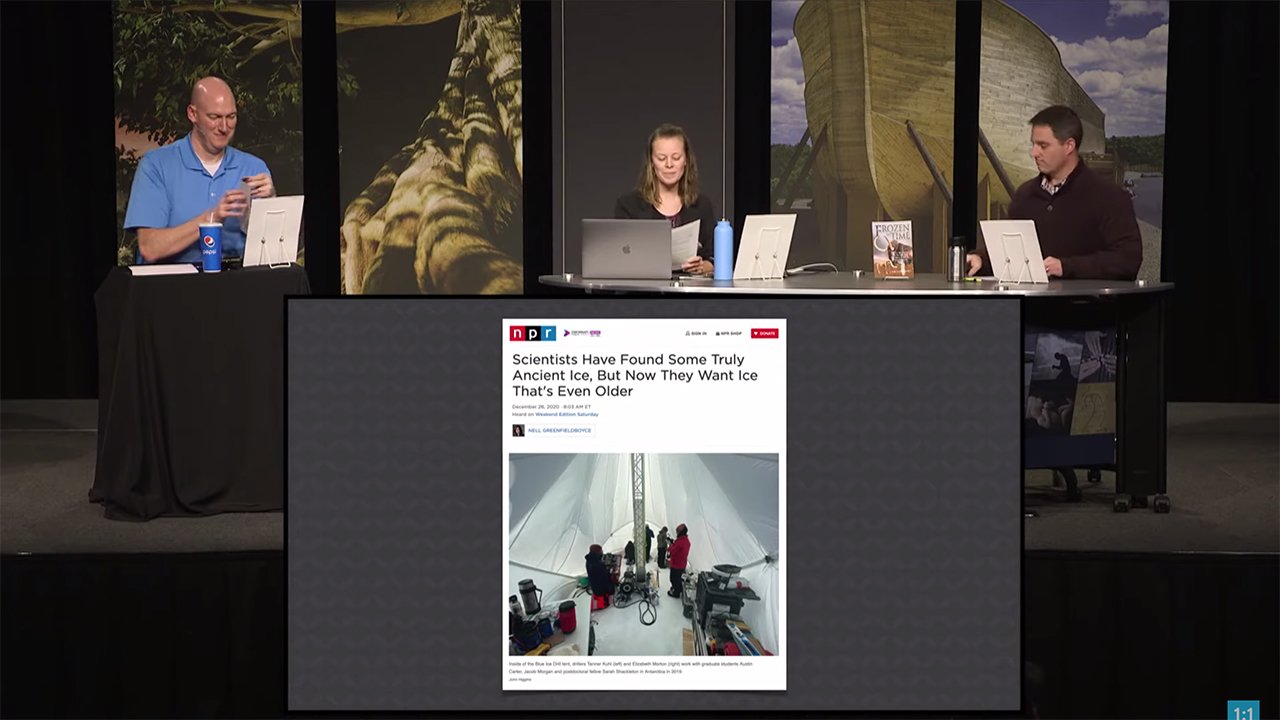 Are ice cores hiding secrets about earth’s climate? Well, yes and no. Here’s what I mean: yes they are, in the sense that they preserve post-flood history; and no they aren’t, in the sense that, unlike what many secular scientists believe, they don’t tell us about climate changes over hundreds of thousands or millions of years.

Recently an article highlighted scientists searching to find old ice—ice that’s supposedly millions of years old—in Antarctica. They want to find this ice because of tiny bubbles of gas inside. And they believe that gas preserves a history of the atmosphere back millions of years, which can help us understand climate change then and now.

But because these scientists have the wrong starting point—slow and gradual processes over millions of years—they’re going to reach the wrong conclusions about the ages of these ice sheets and how the data preserved in them can help us understand the past and present.

In a biblical worldview, Antarctica hasn’t been covered with ice sheets for 30 million years.

You see, in a biblical worldview, Antarctica hasn’t been covered with ice sheets for 30 million years. When we start with the history given to us in God’s Word, we understand the Antarctic ice sheets like this: Antarctica moved to its present position in the extreme south during and soon after the global flood, likely due to catastrophic plate tectonics. The flood triggered an ice age. Vast amounts of snow piled up in many places on earth, but particularly at the poles, building the ice cores in decades or centuries, not slowly and gradually. So those little air pockets haven’t been sitting there for millions of years—they record the atmospheric conditions during the centuries following the flood.

Sadly, because evolutionists have the wrong interpretation of this ice and these air pockets, politicians end up making bad decisions about supposed man-made climate change because they have a totally wrong understanding of what really is happening (and has happened) in this world.

This item was discussed on Wednesday Answers News with cohosts Avery Foley, Bryan Osborne, and Tim Chaffey. Answers News is our twice-weekly news program filmed live before a studio audience here at the Creation Museum and broadcast on my Facebook page and the Answers in Genesis Facebook page. We also covered the following topics:

Watch the entire episode of Answers News for January 6, 2021.