Did Rainforests Once Grow in a Frozen Wasteland? 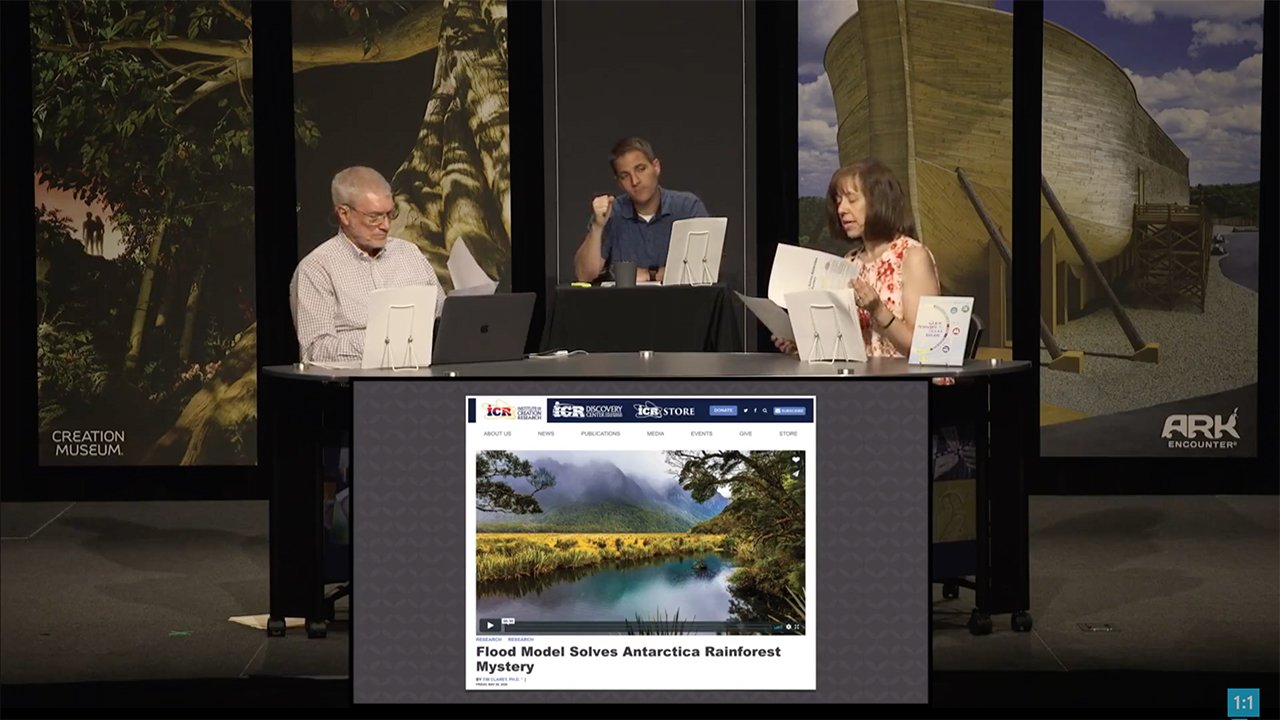 When we think rainforests, we think tropical, sunshine (and lots of it), and frequent rains. We don’t think of frigid winds, bone-chilling temperatures, and icy seawaters. But that’s where the remains of a fossil rainforest were found—on the continent known for penguins instead of tropical parrots: Antarctica!

Now, this isn’t the first time the remains of seemingly out-of-place organisms have been found on the southernmost continent. But a new study found tropical fossils, similar to the current flora in New Zealand’s South Island, in Cretaceous layers thought to be 83–92 million years old. This means these organisms supposedly thrived in Antarctica at a time when evolutionists believe the continent was near where it is today (though they argue that the global temperature was much higher). But temperature isn’t the only challenge for plants wanting to grow in the extreme south—they also have to deal with months of darkness, something few plants today can withstand.

Tropical plants in Antarctica doesn’t make sense. And yet the scientists say:

The preservation of this 90-million-year-old forest is exceptional, but even more surprising is the world it reveals . . . Even during months of darkness, swampy temperate rainforests were able to grow close to the South Pole, revealing an even warmer climate than we expected.

During the flood about 4,350 years ago, the fountains of the great deep burst forth (Genesis 7:11), broke the crust, and began the process of catastrophic plate tectonics. This moved the continents quickly apart, eventually settling them where they are today (although they continue to move slowly, at about the rate your fingernails grow). These Cretaceous layers don’t represent a time in the distant past. They represent a layer of flood sediment as the sediment-rich waters moved to cover the earth, depositing layers filled with fossils in the process.

It's also worth noting that the fossils were discovered in “pristine” condition—the researchers could even examine their cell structures!

Whether or not these plants did grow together, the flood model makes much more sense of this seemingly puzzling find. Originally the whole earth was one continent (as Genesis 1:9 hints). This means there was no “Antarctica” as we know it today. So this forest wasn’t growing way down south but in much more temperate area of the globe.

It's also worth noting that the fossils were discovered in “pristine” condition—the researchers could even examine their cell structures! This points to rapid burial of this tropical ecosystem, not slow and gradual processes like we observe today. Evolutionary ideas simply don’t explain the evidence. But the history in God’s Word, including a global flood and young earth timeline, explain what we observe.