Image by Luxquine, via Wikimedia Commons.

Dinosaur with Mane of Fur and Shoulder Rods? 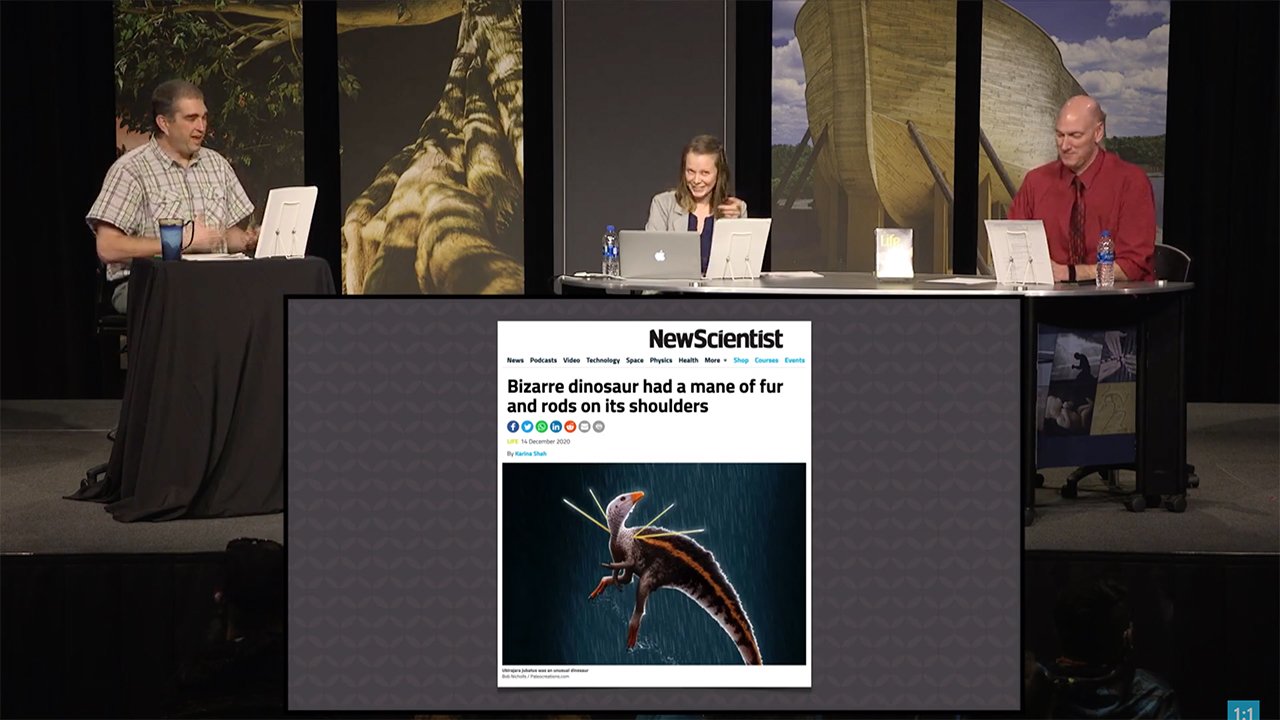 To say a new “dinosaur” being described by news media as “unusual” would be an understatement! This new “dinosaur,” Ubirajara jubatus, is described as having “a long mane of fur [really, structures that might have been feathers] down its back and stiff [nearly 6-inch] rod-like structures projecting from its shoulders.” It’s “totally weird,” one researcher says. So what is it really?

Well, our paleontologist Dr. Gabriela Haynes read the original scientific paper, and here’s what she had to say about this crazy-sounding creature:

It is important to understand the way that evolutionist researchers name and group animals today.

A lot has been said about dinosaurs, birds, and feathered dinosaurs, but there are a lot of assumptions and interpretations involved in all of that. It is important to understand the way that evolutionist researchers name and group animals today. Two of the assumptions involved in that process are that all the organisms are connected somehow and that they have also evolved.

There are five points I would like to bring up:

All that is confusing and difficult to explain in the evolutionary perspective, but in the creation worldview it is much easier—and it’s reasonable to see the differences between those two different created kinds.

So, to summarize, the fossil remains are really too limited to make a determination about whether this is a dinosaur or a bird—and even if the “mane” is even feathers! But because of evolutionary assumptions, researchers are interpreting this as a feathered dinosaur with some very bizarre features.

For all of these soft tissues to be preserved requires rapid burial—just the kind of burial we’d expect from the global flood of Noah’s day.

Interestingly, the researchers note “the fossil shows amazing preservation of structures other than the skeleton, including decayed remains of the guts and body organs, as well as the feathers [but, as Dr. Haynes said above, we don’t even know if they are feathers] and long rod-like structures.” For all of these soft tissues to be preserved requires rapid burial—just the kind of burial we’d expect from the global flood of Noah’s day.

This creature, like all others, displays the glory of God. And it didn’t live 110 million years ago—it lived just a few thousand years ago and was drowned and rapidly buried during the cataclysmic flood of Noah’s day.

This item was discussed yesterday on Answers News with cohosts Roger Patterson, Tim Chaffey, and Avery Foley. Answers News is our twice-weekly news program filmed live before a studio audience here at the Creation Museum and broadcast on my Facebook page and the Answers in Genesis Facebook page. We also covered the following topics:

Watch the entire episode of Answers News for December 23, 2020.