Did Sauropods Walk on Two Legs? 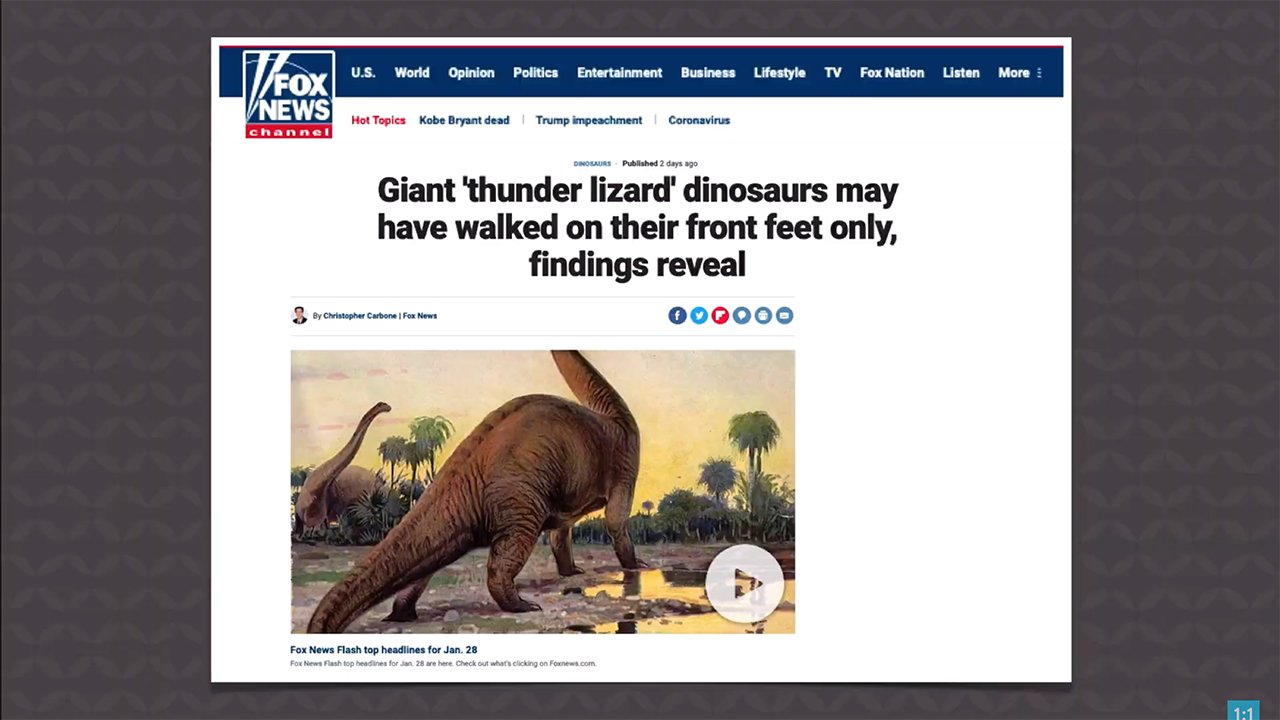 Sauropods—the “long-necked” dinosaurs—are among the largest and most famous of the dinosaur kinds. Naturally, scientists have assumed the massive creatures needed all four legs to support their enormous weight. Now a new study on three sets of front-leg-only sauropod tracks uncovered in Texas is challenging that assumption. But is there another way of looking at these trackways?

The tracks appear to have been made by only the front two feet of sauropods three times in parallel. In this new study, the researchers conclude that, at certain times, the sauropods could move on their front feet, instead of all four feet. This could be because the giant creatures were swimming, as some have proposed, or as this new study argues, it could be an unusual form of locomotion or merely the result of a weight differential. If the front limbs support more weight than the rear legs, perhaps, on certain surfaces, only the front limbs leave a print. But there’s another option.

First, some background. Evolutionists believe the fossil record is largely a result of a slow and gradual process (though, in recent times, they are increasingly appealing to catastrophes to explain intricate details and fossils that were obviously rapidly preserved). So they believe trackways, such as these sauropod tracks in Texas, show the regular, day-to-day experiences of the creatures before they eventually died. Basically, they think it’s a snapshot of a day in the life of a dinosaur, preserved for us to find today.

That was a completely unique, one-of-a-kind event, and therefore the fossils don’t necessarily represent everyday life.

Biblical creationists interpret the fossil record very differently. We believe most of it is the result of a global catastrophe, Noah’s flood. That was a completely unique, one-of-a-kind event, and therefore the fossils don’t necessarily represent everyday life. Some likely do (e.g., at the Creation Museum, we have a fossil of a fish eating another fish—though obviously it was buried rapidly right after catching its lunch), but we don’t just assume that’s the case.

Therefore, these sauropod trackways likely represent creatures fleeing the rising floodwaters, perhaps trying to swim or otherwise climb to higher ground to escape. These tracks were found in the Lower Cretaceous, which is flood rock. Of course, because secular scientists reject the Bible’s history, they reject the global flood and so they won’t consider this option.

Whether you start with God’s Word or man’s word determines how you interpret the evidence. The evidence isn’t the problem—the real battle is over starting points; man’s word vs. God’s Word.

This item was discussed today on Answers News with cohosts Avery Foley, frequent guest speaker Roger Patterson, and Dr. Gabriela Haynes. Answers News is our weekly news program filmed live before a studio audience here at the Creation Museum and broadcast on my Facebook page and the Answers in Genesis Facebook page. We also covered the following topics:

Watch the entire episode of Answers News for February 3, 2020.