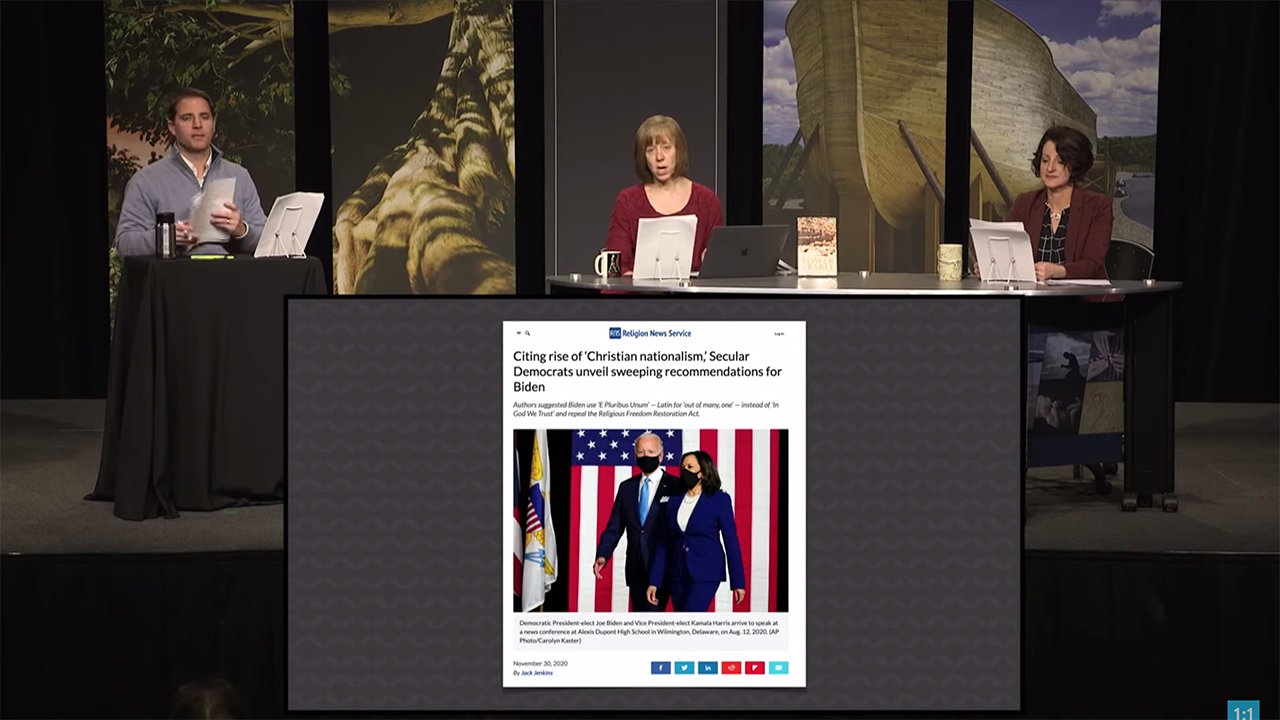 Is “Christian nationalism” growing in America and do we need to “‘reframe’ concepts of patriotism in ways that are more inclusive”? Well, a group calling itself “Secular Democrats of America” certainly thinks so! They have put a document together of changes they want politicians—particularly a Biden-Harris administration—to implement for the country. It already has the support of some politicians. The document states: “Presented by Representatives Jamie Raskin and Jared Huffman, Endorsed by Representative Jerry McNerney.”

Now if you read the rather long document, you find it can be summed up this way: destroy Christianity and anything related to Christians.

Now if you read the rather long (28-page) document, you find it can be summed up this way: destroy Christianity and anything related to Christians. It’s nothing but an aggressive attack on Christians. They suggest actions such as:

This anti-Christian approach is typical of many atheists—they have nothing positive to offer and spend most of their time attacking Christians. But as the Scripture states:

To the pure, all things are pure, but to the defiled and unbelieving, nothing is pure; but both their minds and their consciences are defiled. (Titus 1:15)

For the mind that is set on the flesh is hostile to God, for it does not submit to God’s law; indeed, it cannot. (Romans 8:7)

As we’ve warned many times, most secularists don’t just want tolerance—they want to outlaw Christianity and impose their religion of atheism on the culture.

I believe all that’s happening in our Western cultures is a wake-up call for Christians in a (by and large) lukewarm church! It’s interesting that God’s Word uses a lot of military terminology because we are in a war—a raging spiritual war.

During one of our virtual staff meetings, I recently shared with our staff about the spiritual war raging around the world, giving examples from Australia, Norway, Canada, and the US. I encourage you to watch that presentation below:

This item was discussed yesterday on Answers News with cohosts Dr. Georgia Purdom, Dr. Jennifer Rivera, and Bryan Osborne. Answers News is our weekly news program conducted here at the Creation Museum and broadcast on my Facebook page and the Answers in Genesis Facebook page. We also covered the following topics:

Watch the entire episode of Answers News for December 16, 2020.