Photo by freestocks.org, via Unsplash. 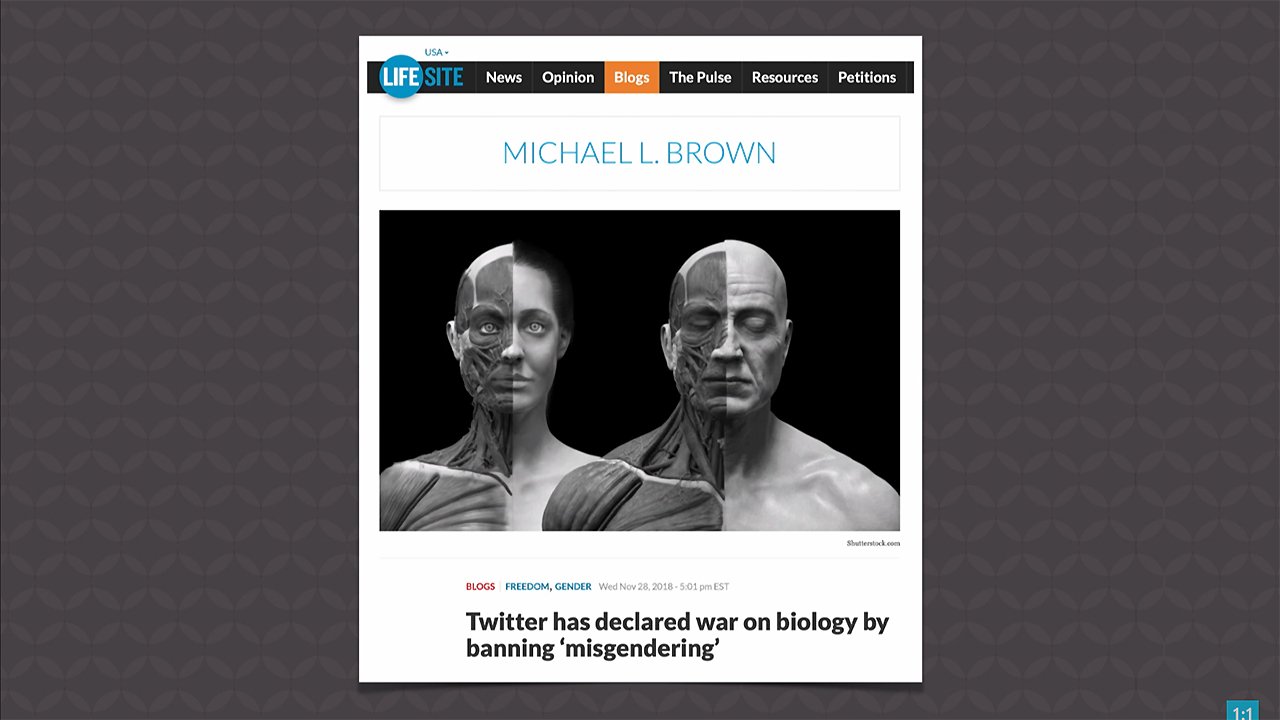 One wonders if I’m going to be allowed to remain on Twitter anymore, as the platform is increasingly punishing those who dare to say anything against the current LGBT ideology. I certainly don’t attack a person, but we do judge their worldview against the clear teaching of Scripture. A recent news item reported that Twitter has updated its terms and user agreement to include a ban on “misgendering” and “deadnaming”—basically, refusing to allow Twitter users to make biologically—and biblically!—correct statements.

“Misgendering” refers to when someone uses the “wrong” pronoun to describe a transgender person (i.e., calling a biological male who identifies as female “he”). “Deadnaming” refers to using a transgender person’s birth name (i.e. calling well-known athlete Bruce Jenner “Bruce” instead of his preferred “Caitlyn”). And it’s not only that—one Twitter user claims she was banned for saying “men aren’t women, ”a biologically correct statement!

I often use Twitter to give a biblical perspective on various news items that deal with transgender and other LGBT issues. How long will it be before replying to an article with, “God created them male and female (Genesis 1:27)” is considered something worthy of being banned? It likely won’t be long.

I have some Christians wonder why I stay on social media when it is clearly determined to kill Christian and conservative speech. Well, as long as I am allowed to remain on Twitter and Facebook, I will use those platforms to help as many people as possible hear the truth from God’s Word. And when I am no longer permitted to use those social media platforms, I will turn to other avenues as we continue to do the Lord’s business until he comes.

...As long as I am allowed to remain on Twitter and Facebook, I will use those platforms to help as many people as possible hear the truth from God’s Word

Indeed, this crackdown on “politically incorrect” speak is one of the reasons we decided to host all of our video content (and the content to come) on PureFlix.com, the leading faith and family video streaming service. We’re only going to continue to see Christian and conservative voices pushed off social media platforms for not agreeing with the status quo on various social issues (especially regarding LGBT and abortion). We believe hosting our material on PureFlix.com will help protect it and increase our reach.

Watch the entire episode of Answers News for December 6, 2018.