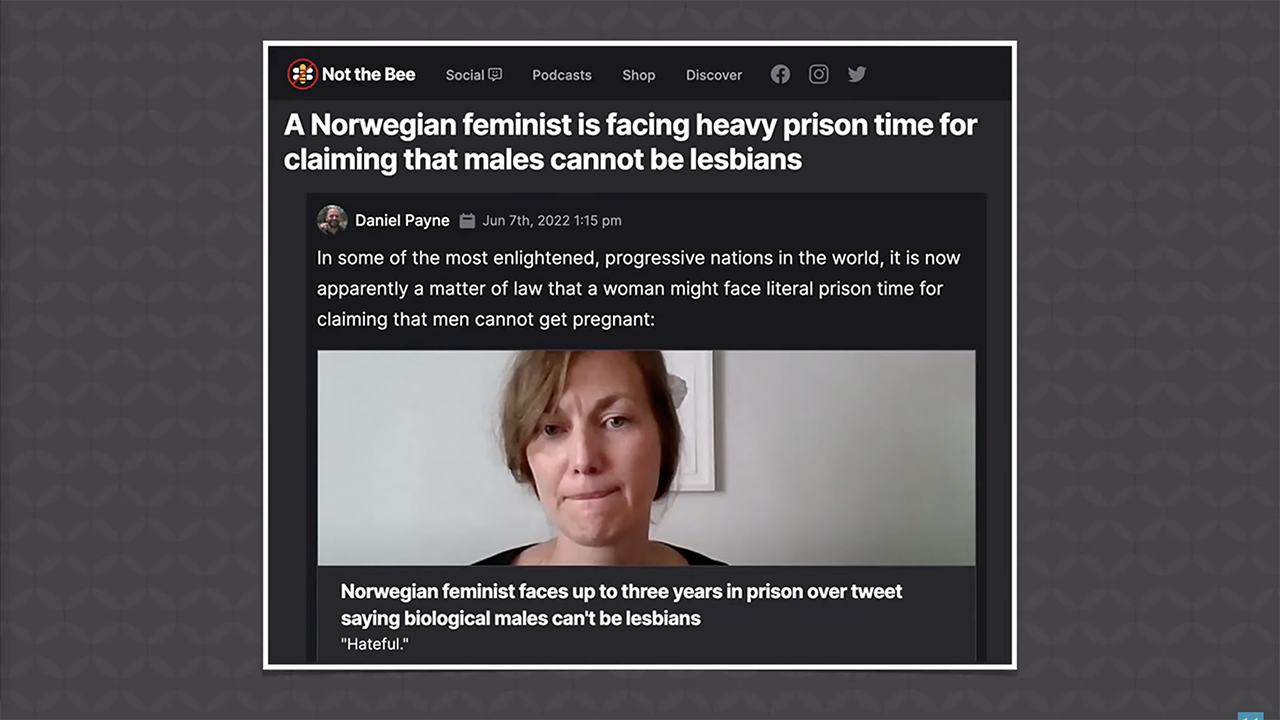 Can men be lesbians? Well, since lesbian refers to women attracted to women, it should be obvious that the answer is a resounding no. But we live in a very anti-science, anti-biblical time when many people believe men can be women—and if you question such nonsense, you face expulsion, fines, or even jail in certain places.

Why [does] FRI teach young people that males can be lesbians? Isn’t that conversion therapy?

Because of her tweet, she claims the police are now investigating her, and she potentially faces up to three years in prison. She states,

To certain groups, the fact that women and girls are female and that men cannot be women, girls, mothers or lesbians, is considered hateful.

As the West races further away from biblical truth, simply stating biological facts or sharing biblical truth will increasingly be viewed as “hateful.” It doesn’t matter how kind and loving the person saying it is—the world hates the truth and will label anyone who doesn’t conform and celebrate sexual sin as “hateful” or worse.

As Christians, we must be willing to stand for truth no matter the cost.

As Christians, we must be willing to stand for truth no matter the cost. People caught in sexual sin don’t need to be affirmed in their sin—sin leads to death. Rather, they need to be told that they, like everyone else, are a sinner in need of a Savior, and Jesus Christ is that Savior!

What’s happening there in Norway might seem far away now . . . but it’s coming here to the US, too. We must resolve now to speak and stand for truth, no matter what comes our way, because we don’t obey men: we obey God.

For this reason God gave them up to dishonorable passions. For their women exchanged natural relations for those that are contrary to nature; and the men likewise gave up natural relations with women and were consumed with passion for one another, men committing shameless acts with men and receiving in themselves the due penalty for their error. And since they did not see fit to acknowledge God, God gave them up to a debased mind to do what ought not to be done. (Romans 1:26–28)

This item was discussed yesterday on Answers News with cohosts Tim Chaffey, Bodie Hodge, and Jessica Jaworski. Answers News is our twice-weekly news program filmed live before a studio audience and broadcast on my Facebook page and the Answers in Genesis Facebook page. We also covered the following topics: