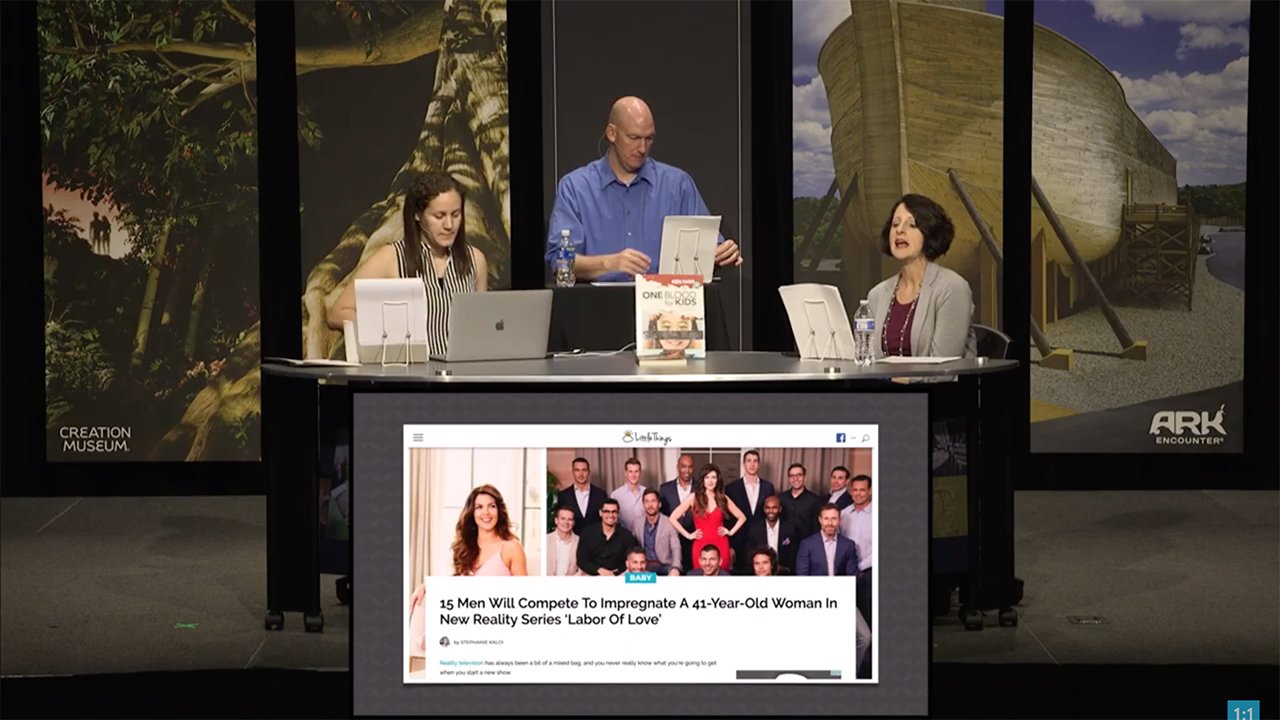 Just when you think you’ve heard and seen it all, mankind invents a new level of depravity. What am I talking about? Well, it’s a new reality show shown on the Fox broadcasting channel called Labor of Love.

In this show, fifteen men will compete to be the one who gets to father a child with a woman who’s ready to start a family, but with no husband. Yes, you read that right. As one article described it, this show will “skip the dating and go straight to baby-making.” Love, apparently, is optional.

No longer is sexuality—and apparently even raising children—linked with love and commitment. Instead, it’s whatever feels right or good at the time.

Now, likely many people watching this show will think it’s very strange. But, in our day when morality is determined by what feels right, many will just say, “Oh well, it’s entertainment. And if that’s what they want to do, that’s fine for them.” But the fact that such a depraved idea is being approved by a network, the cast (including “dad-chelors” who are actually signing up for this “opportunity” to compete and prove they would make a good partner and parent), filmed, and aired really points to the rampant immorality of our culture. No longer is sexuality—and apparently even raising children—linked with love and commitment. Instead, it’s whatever feels right or good at the time.

This sad example stands in stark contrast to how the Bible views sexuality:

Let marriage be held in honor among all, and let the marriage bed be undefiled, for God will judge the sexually immoral and adulterous. (Hebrews 13:4)

This made me think: people will fear a virus like COVID-19, but the real problem is that most people in the media, many politicians, and, really, the majority of people in general do not fear the Lord. “Labor of Love” really should be titled: “There is no fear of God before their eyes” (Romans 3:18). The verses preceding verse 18 include:

As it is written: 'None is righteous, no, not one; no one understands; no one seeks for God. All have turned aside; together they have become worthless; no one does good, not even one.' 'Their throat is an open grave; they use their tongues to deceive.' 'The venom of asps is under their lips.' 'Their mouth is full of curses and bitterness.' 'Their feet are swift to shed blood; in their paths are ruin and misery, and the way of peace they have not known.' 'There is no fear of God before their eyes' (excerpts from Romans 3:10–18, with emphasis added).

This item was discussed today on Answers News with cohosts Dr. Jennifer Rivera, Tim Chaffey, and Dr. Gabriela Haynes. They also discussed the protests, riots, and tensions that exploded over the weekend after the tragic death of George Floyd. I encourage you to watch the episode to hear biblical truth on this issue.

Answers in Genesis has numerous resources for both kids and adults on racism and how all men and women are image-bearers of God. Please read and pass along these resources to those that are hurting and need biblical answers (you can search for many more and find them on our racism topic page):

Answers News is our weekly news program filmed live here at the Creation Museum and broadcast on my Facebook page and the Answers in Genesis Facebook page. We also covered the following intriguing topics: