Is It “Fair” to Allow Men to Compete in Women’s Sports? 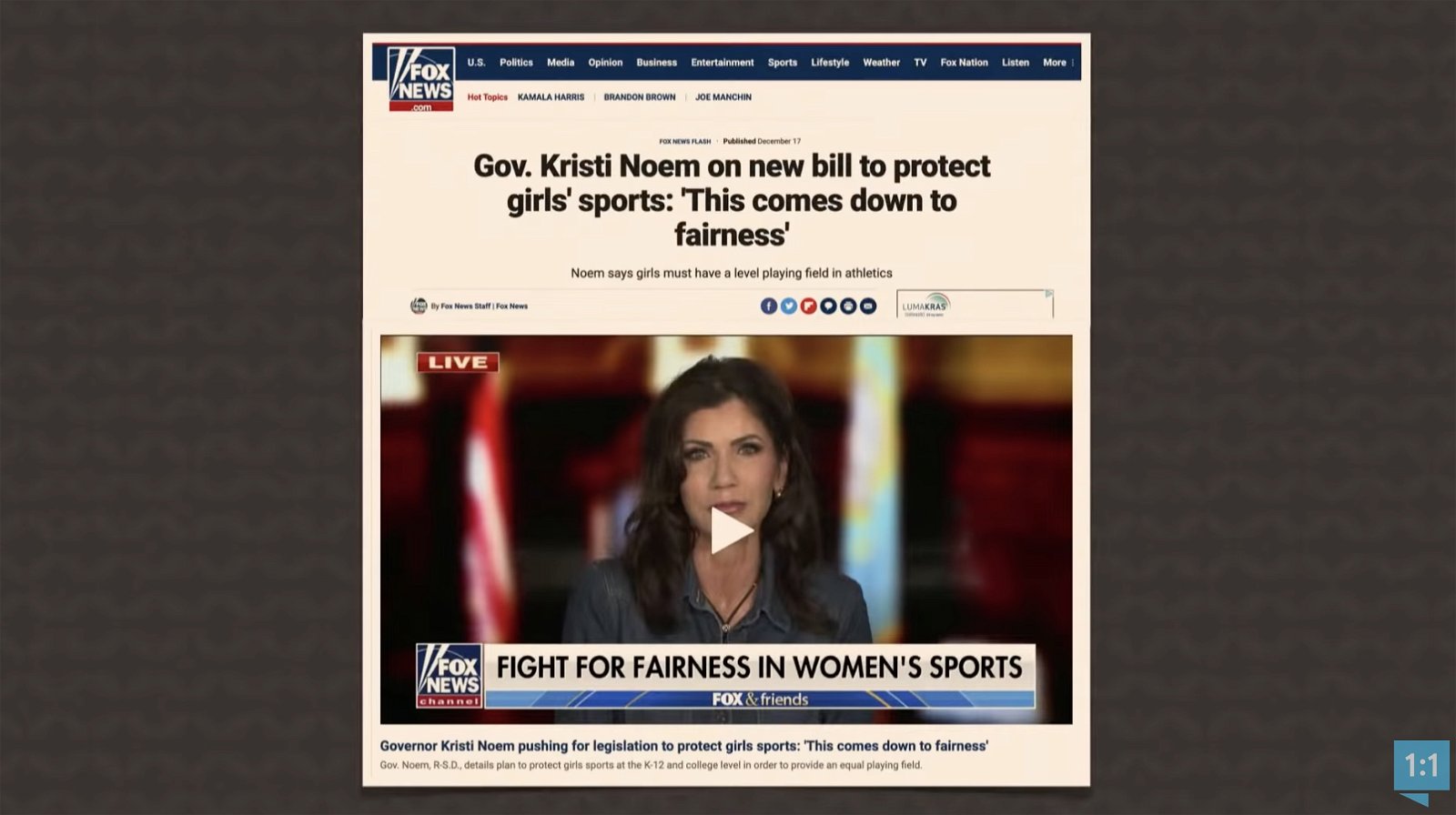 We’re increasingly seeing news items of men dominating women’s sports. These men identify as women and then compete against women, often crushing the competition and even breaking previous records. And that’s just one example of the war on women that is the gender revolution! Sadly, the current US administration’s policy on this whole matter is anti-science and goes against God’s created order and thus is also anti-women.

Recently, the governor of South Dakota, Kristi Noem, discussed how her state’s new legislation is protecting girls’ and women’s sports in her state. She said:

There are very physical differences between males and females. And that is one of the issues that we're talking about, the biological differences and making sure that we're protecting girls' sports so that girls have a level playing field, they have the opportunity to be successful. And that's something that was fought for many years ago. We here in South Dakota will protect that right, for boys to play in boys' sports and girls should play in girls' sports.

I think a lot of people across the country are trying to take this issue and make it into personal beliefs or to send a message on a different issue when really what this comes down to is fairness, fairness for girls, giving them a level playing field. So that if they compete in these sports they can be successful, and they have the opportunity to go to college, get scholarships, to be a professional and make sure that they're competing against someone who is given the same gifts and the same level of physical abilities that they were.

She’s right that there are “very physical differences between males and females.” God didn’t make us the same! He designed men and women to be different (yet created equally in his image), and it’s a “very good” design. It’s a sinful heart, in a broken world, that twists God’s very good design and his created order and says men and women are exactly the same or that there’s really no such thing at all—men can be women, and women men. Such thinking is contrary to science and is really a destructive war on women and children.

She’s right that there are “very physical differences between males and females.” God didn’t make us the same! He designed men and women to be different (yet created equally in his image), and it’s a “very good” design.

Once the natural order of things has been corrupted by man, man on his own can’t repair things.

“What is crooked cannot be made straight,” (Ecclesiastes 1:15).

What we need is a return to the authority of God’s Word beginning in Genesis. In our culture, autonomous human reasoning determines right from wrong and what’s supposedly “true.” But it’s God’s infallible, inerrant Word that is the absolute standard for morality and truth. We must patiently and boldly call our friends, family, and the culture at large, back to God’s Word, rather than man’s word.

This item was discussed today on Answers News with cohosts Dr. Jennifer Rivera, Dr. Gerogia Purdom, and Roger Patterson. Answers News is our twice-weekly news program filmed live before a studio audience and broadcast on my Facebook page and the Answers in Genesis Facebook page. We also covered the following topics:

Watch the entire episode of Answers News for December 29, 2021.