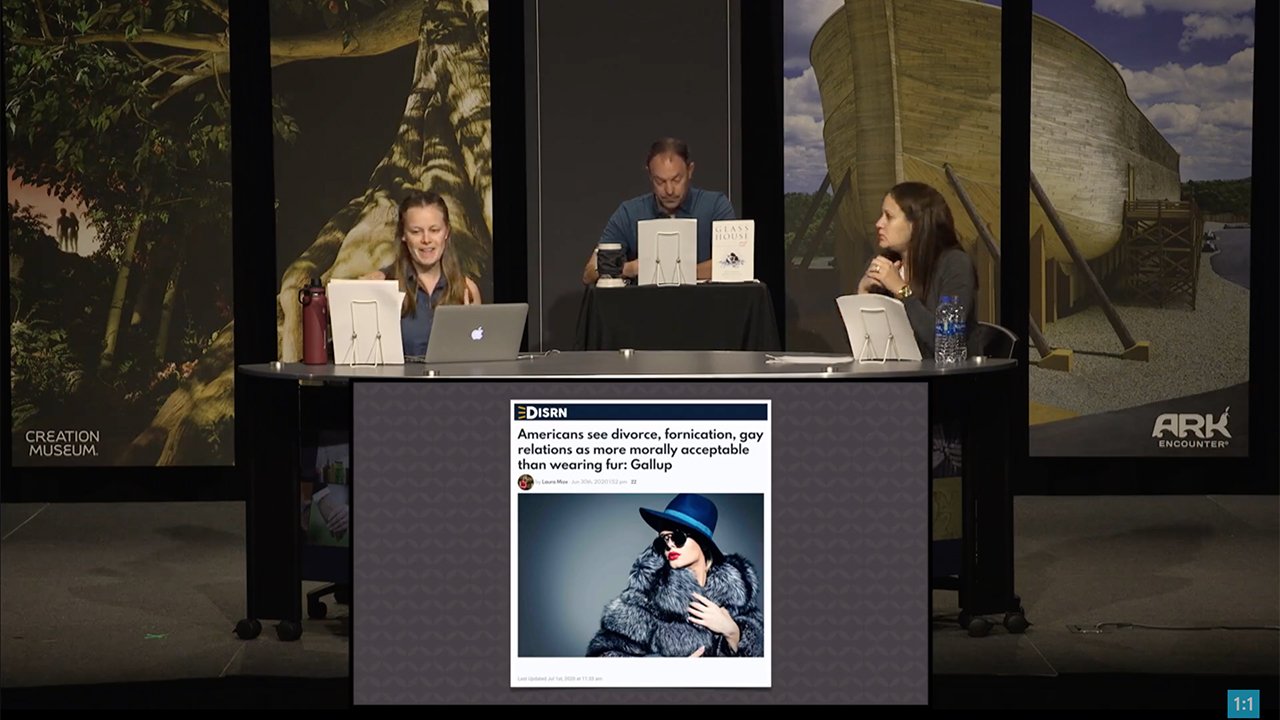 According to a new Gallup poll, more Americans (43%) said buying or wearing fur clothing is morally wrong than said sex outside of marriage (27%), divorce (18%), or homosexual acts (32%) were unacceptable. Well, you could sum up this poll with one verse of Scripture, “they exchanged the truth about God for a lie and worshiped and served the creature rather than the Creator” (Romans 1:25).

The answers given to the questions in this national survey really reflect how arbitrary the standard for morality is in our nation.

The answers given to the questions in this national survey really reflect how arbitrary the standard for morality is in our nation. It also highlights how inconsistent and hypocritical people are! If they reject the absolute authority of the Word of God regarding marriage, gender, sex, etc., then ultimately, they should allow everything, as then morality is subjective and relative to each individual. But people still draw lines according to their own subjective opinions. One of the reasons for this is we humans do have a conscience, as God's Word tells us that, “they show that the work of the law is written on their hearts, while their conscience also bears witness, and their conflicting thoughts accuse or even excuse them” (Romans 2:15). What a mess the culture is in because people are "lovers of self" rather than lovers of God!

Here are a few examples from the poll of this hypocrisy and the arbitrary nature of current thinking. While 72% say sex between an unmarried man and woman is morally acceptable, that number drops to only 38% if they are teenagers. Why? That is completely arbitrary.

And 44% say abortion is morally acceptable, while only 18% believe suicide is morally acceptable. So why is it okay to murder unborn children but not kill yourself? In a biblical worldview we can say both are wrong, but in a secular view this distinction is totally arbitrary.

Just over one in three (36%) say pornography is morally acceptable—but only 9% are okay with adultery. But, again, that’s completely arbitrary—it’s okay to look at and fantasize over explicit images and videos of women and men, but it’s wrong to go out and act on fantasies with others who are married?

Without the ultimate foundation of God’s Word, morality is arbitrary and ultimately makes little sense!

As the once-Christianized foundations of our culture erode, we will only continue to see the inevitable consequence: everyone doing what’s right in their own eyes.

As the once-Christianized foundations of our culture erode, we will only continue to see the inevitable consequence: everyone doing what’s right in their own eyes (Judges 21:25). If we want to make an impact on this nation, we must recognize the foundational nature of this battle. This isn’t really a morality war—it’s a war over two foundations (two religions): God’s Word and man’s word. If you start with God’s Word, you have a firm, unchanging foundation for your thinking. If you start with man’s word, you have nothing but ever-changing subjective human opinion to base your thinking on.

All these issues we’re seeing in our culture are just symptoms of a greater problem—a nation that has abandoned the authority of the Word of God and turned instead to human reason. To be effective in sharing the gospel and the truth of God’s Word, we must defend the authority of the Word of God, answer the questions of our day, and help people realize that because the Bible’s history is true, the Bible’s message of the gospel is also true.

This item was discussed today on Answers News with cohosts Dr. Gabriela Haynes, Bodie Hodge, and Avery Foley. Answers News is our weekly news program filmed live before a studio audience here at the Creation Museum and broadcast on my Facebook page and the Answers in Genesis Facebook page. We also covered the following topics: