Canadian Army to Use Only Gender-Neutral Pronouns on Official Documents 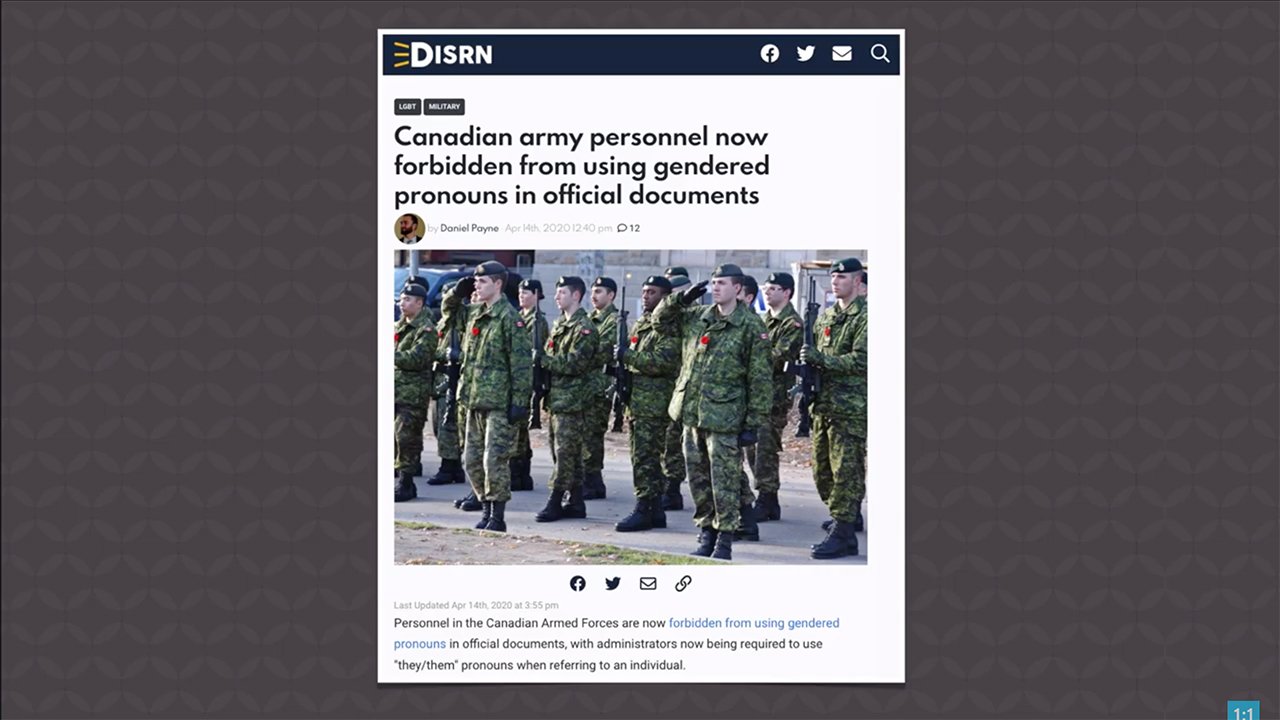 What’s your “preferred pronoun?” Well, it apparently doesn’t matter if it’s “he” or “she” to the Canadian Armed Forces because—in the name of “gender diversity”—only the so-called gender-neutral pronouns they/them will be used in official military documents.

Reportedly, “the government said the new policy ‘reflect[s] this new reality where sex, gender identity, and gender expression are prohibited grounds of discrimination’ under Canadian law.” So to avoid “discriminating” against a very small minority that prefers a gender-neutral or other pronoun, now everyone must be described with a gender-neutral pronoun whether they like it or not! It’s the new reality where the government denies science—that is, the science of genetics/sex chromosomes.

Our Western culture continues to try and erase the God-given distinctions of male and female (Genesis 1:27). It’s a rebellion against God’s design and an attempt to normalize sinful choices. Really, this attempt to ignore and rebel against our “very good” design is an outworking of man’s evil heart—it’s part of Romans chapter 1 happening before our eyes.

As Christians, we need to continue to be salt and light in a crooked and perverse generation.

The tyranny of the gender revolution shows no sign of slowing down in the West. As Christians, we need to continue to be salt and light in a crooked and perverse generation. Ultimately, behind the attempt to erase gender are individuals: hurting people who are lost without Christ. They don’t need gender-neutral pronouns or the government eliminating any perceived “discrimination”—they need Christ and the hope and healing he brings! So, no matter what happens in our culture, we need to continue sharing Christ with a hurting world.

God created the chromosomes XY and XX—male and female. Science confirms it.

I discussed this item today on Answers News with cohosts Dr. Gabriela Haynes and Bryan Osborne. Answers News is our weekly news program conducted here at the Creation Museum and broadcast on my Facebook page and the Answers in Genesis Facebook page. We also covered the following topics:

Watch the entire episode of Answers News for April 20, 2020.