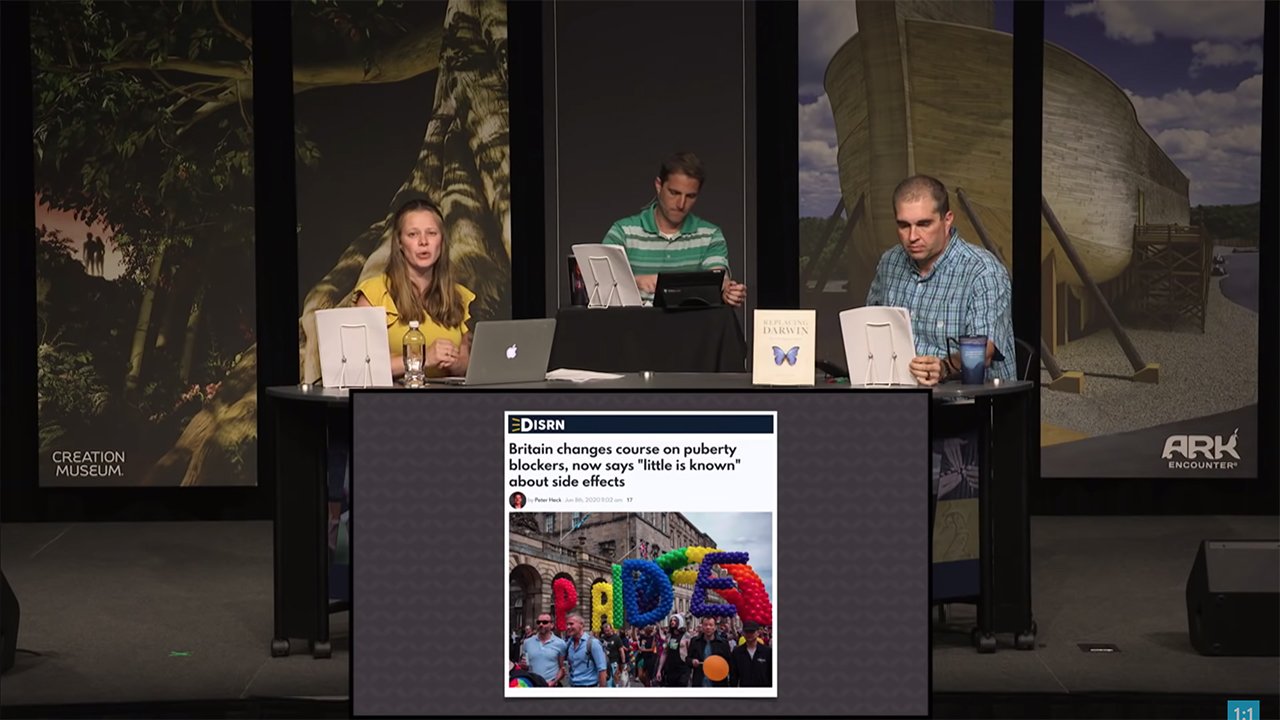 The “T” in LGBT stands for “transgender” and represents the now-popular idea that gender is on a spectrum. In this ideology, men can really be women, and women can really be men. Or someone can fall anywhere between male or female, and that might change day by day (or hour by hour!). This idea, of course, isn’t based on biological reality—it’s based on subjective feelings. And many people believe that individuals should be able to make their bodies match their feelings with surgeries, drugs, and more.

Puberty-blocking drugs are often used as one way to “treat” what’s termed gender dysphoria (the feeling that one is trapped in the wrong body) in children.

Puberty-blocking drugs are often used as one way to “treat” what’s termed gender dysphoria (the feeling that one is trapped in the wrong body) in children. These drugs stop the body from naturally progressing to puberty, thus giving the child more time to “decide” if they are “male” or “female.” We’ve stated before on our news commentary program, Answers News, that this approach is essentially child abuse and is a giant, shocking medical experiment on a generation of children (an experiment many parents are even facilitating!).

Well, Britain’s National Health Service has recently updated its policy regarding puberty blockers and their effects. Previously, they claimed such drugs were “fully reversible.” But now the service has updated its policy to say that “little is known” about the long-term mental and physical effects of taking these drugs. They may, in fact, have an effect on the ongoing development of the child’s brain and bones.

Despite the risks, many families and children will still go ahead and take these puberty blockers to delay what their body would otherwise do naturally. How should we understand this within the lens of a biblical worldview?

Our bodies are not our own to do whatever we please. They ultimately belong to our Creator

Well, from the Bible we know that God cares what we do with our bodies (1 Corinthians 6:19–20). He made us in his image (Genesis 1:27) and skillfully wrought us together (Psalm 139:13–14). And he made us either male or female (Genesis 1:27). Our bodies are not our own to do whatever we please; instead, they ultimately belong to our Creator, and we are to honor him with our bodies.

Do some people, including children, genuinely struggle with gender dysphoria and other issues? Sadly, in a fallen world, yes, they do. But the answer is not found in risky drugs, body-mutilating surgery, or a change of name and pronouns. The answer is found in having an identity that is rooted in Christ and his design of us as male and female.

Our culture will continue to wage war on biology and biblical truth as the LGBT agenda marches on. But as Christians we must stand against this tide of secularism, pointing broken, hurting people to the truth that brings freedom: we are created by God, male and female, in his image, and our identity and value are not in our physical body—our value is in our identity as children of God if we will repent and believe.

You can learn more about a biblical answer to transgender issues along with practical application of the Bible’s teaching in a recent livestream featuring AiG’s Avery Foley.

This item was discussed Wednesday on Answers News with cohosts Avery Foley, Roger Patterson, and Bryan Osborne. Answers News is our weekly news program filmed live before a studio audience here at the Creation Museum and broadcast on my Facebook page and the Answers in Genesis Facebook page. We also covered the following topics: