American Millennials—What Do They Believe? 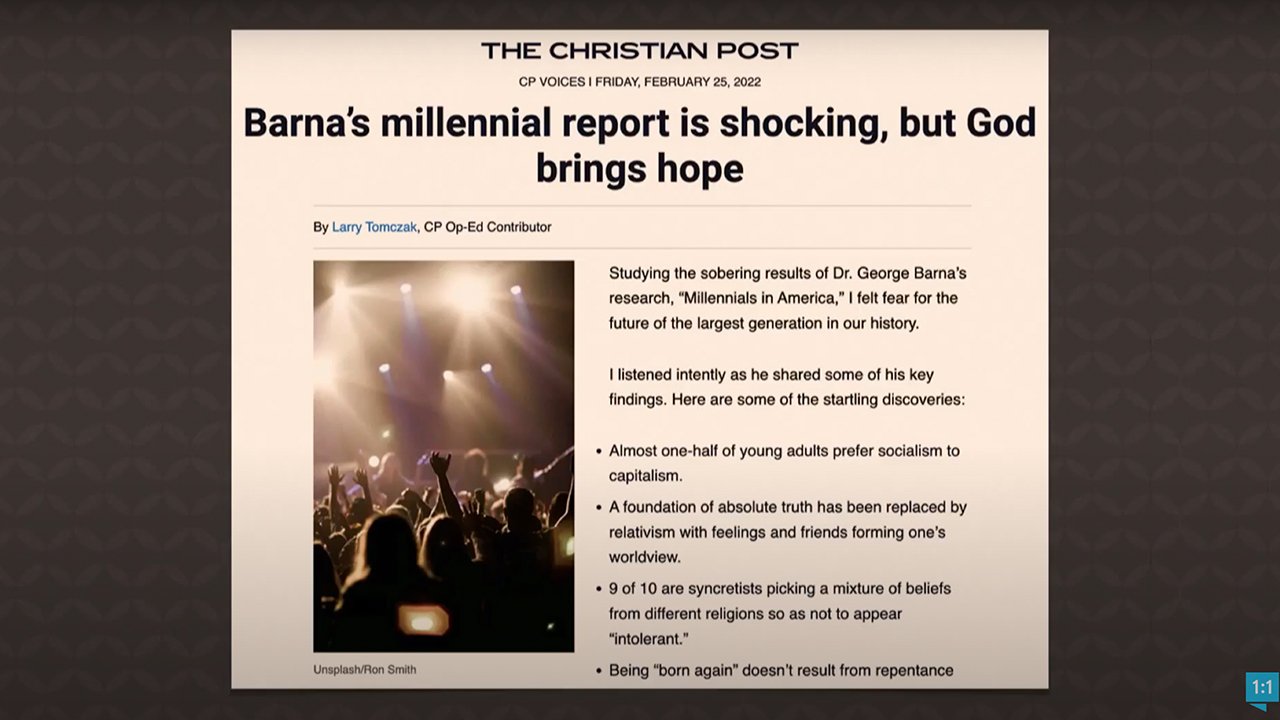 According to The Christian Post, the report shared that:

As I’ve been saying for years, generations of young people have been raised up who don’t know what they believe or why they believe what they believe—and they certainly aren’t basing their thinking on God and his Word! They have the wrong foundation—man’s ideas—so they believe they can pick and choose whatever they like from various religions because, ultimately, their god is man (themselves). So how do we share the gospel with people who know nothing of the one true God, his Word, and the saving message of Christ’s work on the cross?

This means we must be equipped with apologetics so we can defend the truth of God’s Word and answer the skeptical questions of our day. Sadly, much of the church has not taught and equipped young people as they should have.

I’ve been sharing with Christians how to present the gospel message in a secularized culture for years. You can watch one of my presentations on this topic below. This talk was streamed several years ago from Legacy Hall at the Creation Museum:

Such reports as Barna’s recent one are sobering and disheartening. But we must remember the power of the gospel message and the Word of God. Today’s secularization isn’t a surprise to God! All throughout history he’s been saving people, regardless of the time and culture they live in. And we pray that he will continue to save and that he will raise up a generation of Christians who will boldly stand on his Word and proclaim the gospel message to all.

This item was discussed today on Answers News with cohosts Patricia Engler, Dr. Jennifer Rivera, and Bryan Osborne. Answers News is our twice-weekly news program filmed live before a studio audience and broadcast on my Facebook page and the Answers in Genesis Facebook page. We also covered the following topics:

Watch the entire episode of Answers News for March 14, 2022.