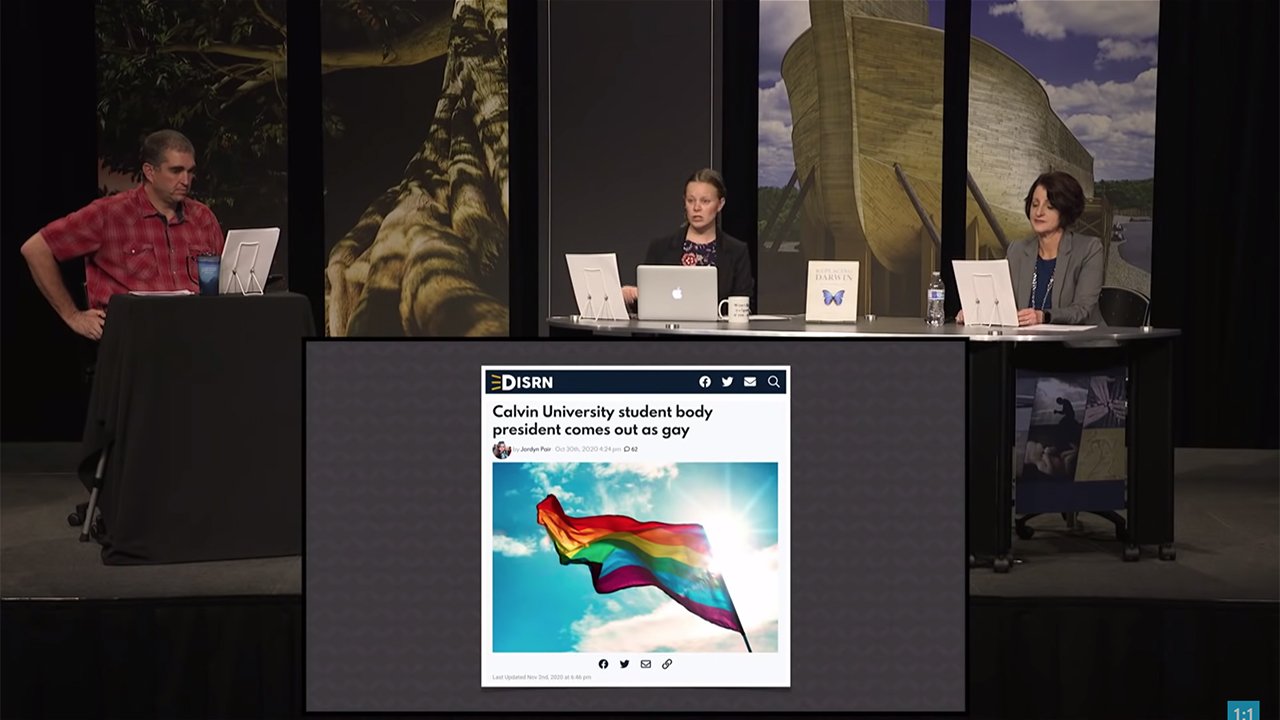 Well, Calvin University has compromised God’s Word for years. For example, they have compromised Genesis with the pagan religion of evolution and millions of years. They won’t take a stand on a historical Genesis—indeed they teach quite the opposite—and therefore, even though they claim to believe that “human sexuality is a gift from God reserved for expression in the context of marriage between a man and a woman,” they have no foundation from which to do so—after all, marriage, family, and sexuality are grounded in the history in Genesis (see Genesis 1:27, 2:24 and Matthew 19:4-5).

Calvin College has essentially become a secular college with a veneer of Christianity.

Calvin College has essentially become a secular college with a veneer of Christianity, and it undermines the authority of the Word of God to the destruction of the students (of whom apparently 7% identify as LGBT). They have greatly contaminated the salt of God’s Word, and this is what God has to say about such contamination:

[B]ut if salt has lost its taste, how shall its saltiness be restored? It is no longer good for anything except to be thrown out and trampled under people’s feet. (Matthew 5:13)

What we see happening at this compromising, liberal-leaning college is a consequence of departing from the authority of the Word of God from the very first verse. We are seeing this phenomenon happening at many so-called Christian institutions, and it will sadly only continue as these colleges as well as seminaries refuse to take a stand on the authority of the Word of God in all areas—beginning in Genesis. Unless they repent and return to the foundation of God’s Word, Calvin University and others like it will become the Yales, Princetons, and Harvards of tomorrow—schools that once taught God’s Word and were founded by Christians, but are now thoroughly pagan and secular.

Calvin also wants to take as many colleges with them down this compromising destructive path. Recently the school published a science textbook they want other colleges to use. But this text is destructive to the authority of God’s Word beginning in Genesis.

If you would like to send your child to a Bible-upholding Christian college or seminary (or you are looking for yourself), check out CreationColleges.com for a list of schools that take a stand on Genesis, a young earth, and a global flood.

This item was discussed yesterday on Answers News with cohosts Avery Foley, Roger Patterson, and Dr. Jennifer Rivera. Answers News is our twice-weekly news program filmed live before a studio audience here at the Creation Museum and broadcast on my Facebook page and the Answers in Genesis Facebook page. We also covered the following topics:

Watch the entire episode of Answers News for November 11, 2020.