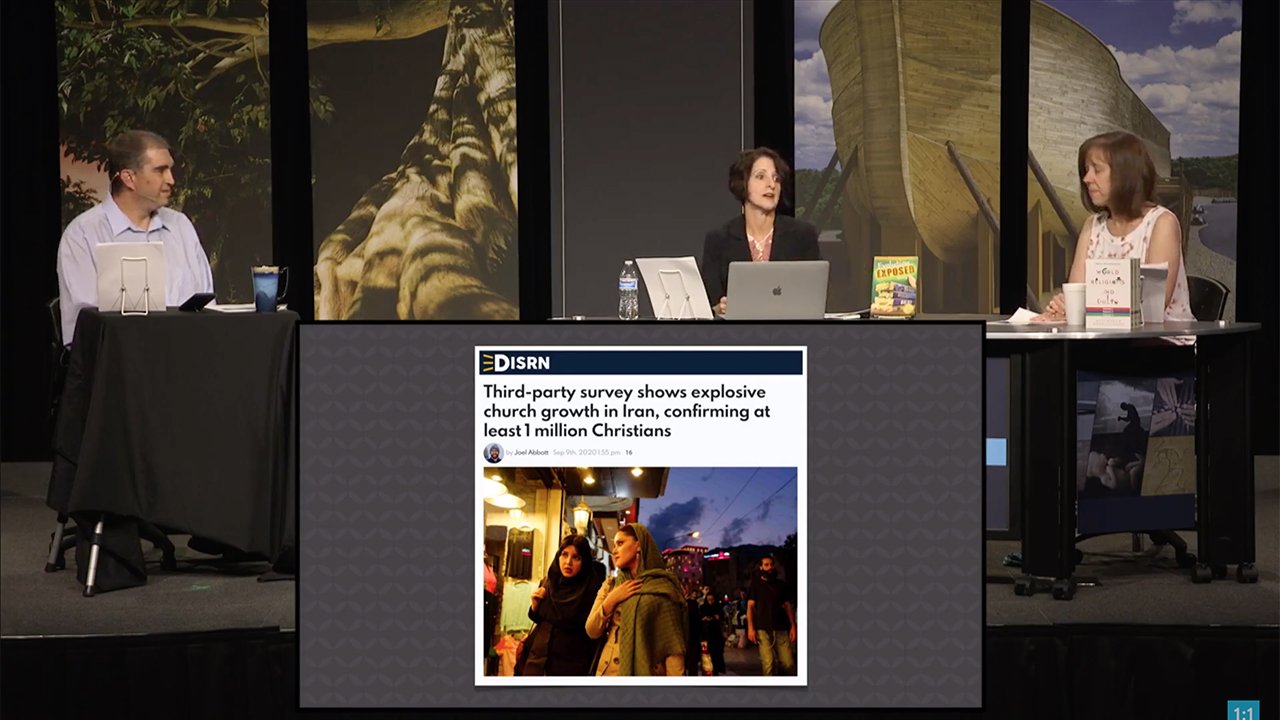 We all need some good news once in a while! On our twice-weekly news program, Answers News, we always begin by discussing some “fluff”—something light and fun—before we jump into the news, which is generally mostly bad news! But on today’s episode, the Answers News team actually had a good news item to share, so I thought I would present it to you today.

That means there are likely over 1 million self-described Christians in that nation!

According to a Netherlands-based research group, the growth of the church in Iran, a predominantly Muslim country where “converting to Christianity or proselytizing is punishable by imprisonment or death,” is “explosive.” This new survey found that 1.5% of those living in Iran who took the survey identified themselves as Christians. That means there are likely over 1 million self-described Christians in that nation! The Iranian Minister of Intelligence has previously noted that these Christians “are ordinary people, whose jobs are selling sandwiches or similar things.”

As we sadly watch the church decline across the West, be encouraged that God’s Word is as true as ever and the gospel is as powerful as ever around the world. Jesus said, “I will build my church, and the gates of hell shall not prevail against it” (Matthew 16:18). Just as the oppressive Iranian regime cannot ultimately stop the growth of the true church (estimated to be growing 19.6% annually in Iran), neither can the growing destructive secularism of the West. God will accomplish his plan and we, as Christians, get to be part of it by sharing God’s Word and the gospel and raising generations of godly children who love God and his Word.

So, today, be encouraged—God is moving around the world and drawing people from every tribe, nation, people, and language to himself.

This item was discussed yesterday on Answers News with cohosts Avery Foley, Dr. Jennifer Rivera, and Roger Patterson. Answers News is our twice-weekly news program filmed live before a studio audience here at the Creation Museum and broadcast on my Facebook page and the Answers in Genesis Facebook page. We also covered the following topics that have been in the news recently:

Watch the entire episode of Answers News for September 23, 2020.