Paul Garner is a full-time researcher and lecturer for Biblical Creation Trust. He has an MSc in geoscience from University College London, where he specialized in palaeobiology. He is a Fellow of the Geological Society of London and a member of several other scientific societies. Paul has published in the Answers Research Journal and has written an excellent book, The New Creationism: Building Scientific Theories on a Biblical Foundation.

This is what Paul had to say about his talk, “Geological Evidence for a Young Earth,” for the upcoming 2017 UK Mega Conference: 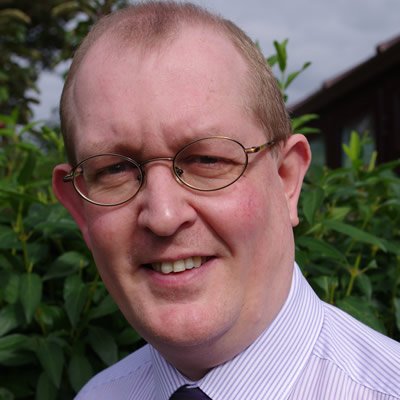 In recent years, creationists have made encouraging progress in developing alternative understandings of the radiometric data. For instance, research by the RATE1 group uncovered multiple lines of evidence challenging the assumptions of radiometric dating, including the assumption that radioactive decay rates have always been constant.

However, the “problem” of radiometric dating can be tackled another way—by asking whether radiometric dates make sense when compared with observational evidence from actual rock sequences.

My talk will present exciting evidence from the rock record that raises serious questions about the validity of radiometric dates. We will explore the enormous mismatch between the rates at which sediments are known (from direct measurements) to build up in the real world and indirect inferences based on radiometric dates. We will look at visually dramatic examples of “time gaps” in the rock record where evidence of the prolonged erosion predicted by radiometric dating is clearly missing. And we will show that the “ancient” rock layers do not display the extensive disruption by animal burrows that we would expect if they had really been deposited over long time spans.

All these features of the rock record—and others besides—challenge the validity of radiometric dates and point to geological time scales consistent with the Bible’s account of earth history. Why not register for the 2017 Mega Conference so that you can examine for yourself the observable geological evidence against the millions-of-years time scale?