Early today we sent the following press release (slightly adapted for web), which quotes me, to the news media to announce these exciting additions:

The new on-line streaming service of Answers TV expanded this week with the addition of 55 videos from the Billy Graham Evangelistic Association (BGEA). They include 18 theatrical BGEA movie releases, 25 TV programs, and documentaries, and 12 classic sermons by the late evangelist, Billy Graham. During the COVID-19 pandemic, Answers in Genesis launched a state-of-the-art video streaming platform that now offers over 3,000 videos and live programming. It can be accessed virtually anywhere in the world and already has users in over 150 countries.

I’m thrilled to add these classic films to Answers TV. I’m old enough to remember when Billy Graham came to my homeland of Australia in the late 1950s and 1960s with large rallies in many stadiums.

Ken Ham, founder and CEO of AiG and its popular themed attractions the Ark Encounter and Creation Museum, declared: “I’m thrilled to add these classic films to Answers TV. I’m old enough to remember when Billy Graham came to my homeland of Australia in the late 1950s and 1960s with large rallies in many stadiums. As a young person, I recall watching a Graham film in my church. So I’m excited to share his excellent films, especially the wonderful biographies, on our platform.”

For 70 years, BGEA has been making movies through its motion picture division, World Wide Pictures. More than just entertainment, the films share the gospel. “Thousands will come to see a film who would never come to hear a preacher,” Billy Graham would often say.

Graham himself appears in a number of the dramas now seen on Answers TV. In addition, his grandson Will portrays the evangelist in the historical drama “Canvas Cathedral” that chronicled a time when Graham faced a crisis of faith, which almost sidelined him from ministry.

“One of my favorite BGEA films is the biography of Corrie ten Boom called ‘The Hiding Place,’” stated Ham. “She was a courageous Christian who saved many Jews during the Nazi occupation of The Netherlands. Another movie I’ve enjoyed is ‘Joni,’ the touching story of a quadriplegic woman, Joni Eareckson Tada. After her terrible accident, Joni endured pain, bitterness, suicidal thoughts, and even doubts about her faith. But the film has a happy ending. Both films are showing on Answers TV.” 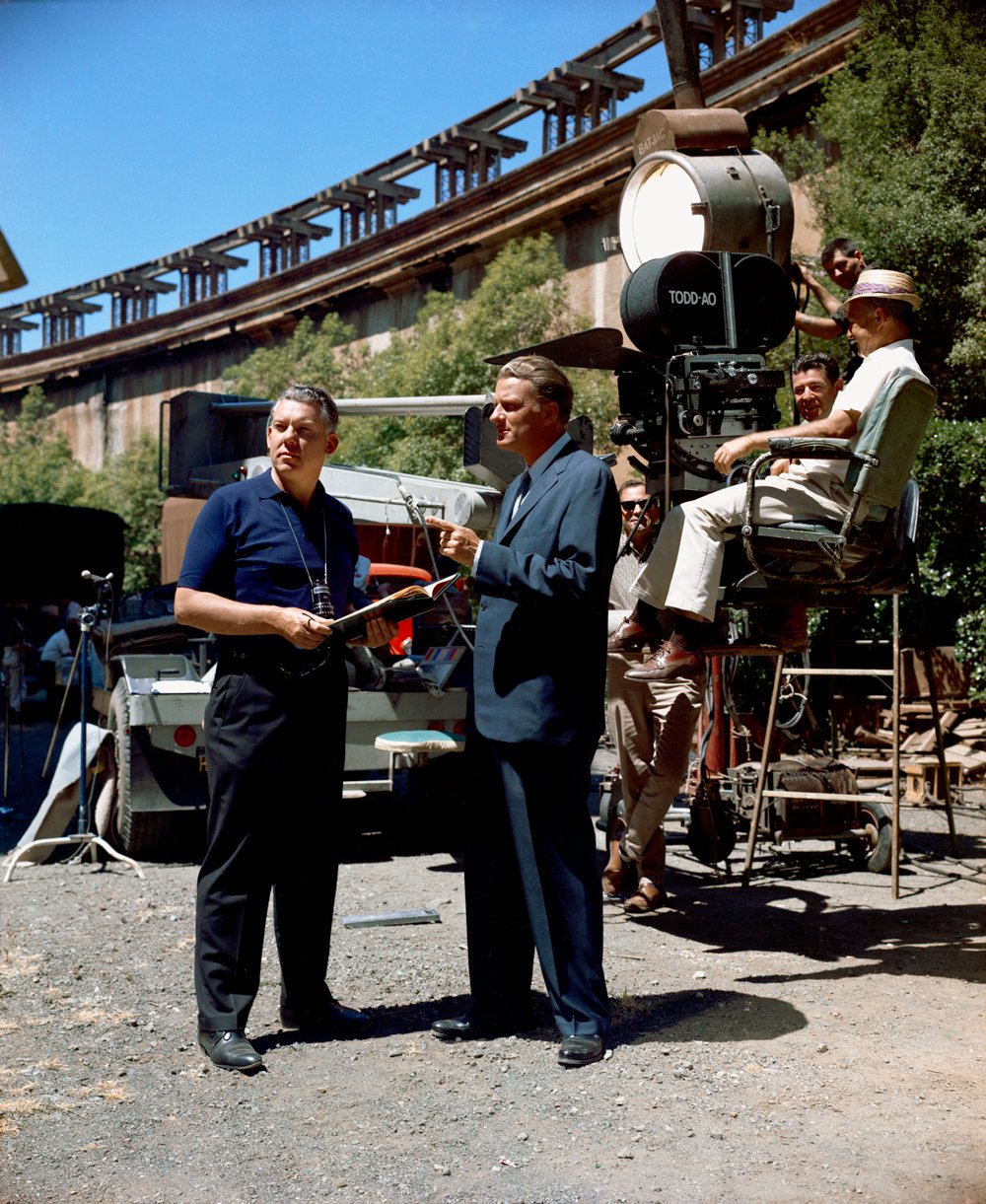 Billy Graham on the set of one of his films. Photo credit: BGEA

Answers TV subscribers, in any country, are billed through their credit card in their own currency. The newly added Billy Graham videos are included in a subscription. Many of the Answers TV videos (some in Spanish and Arabic) deal with science, creation vs. evolution, Bible doctrines, and child-relevant content. Nature shows for the whole family and documentaries by Ray Comfort are particularly popular. Some videos deal with pressing social issues like racism. A yearly subscription is $39.99 US (just over $3 per month). A one-week trial is available for free.

Answers TV can be accessed on any device, including smartphones, computers, and tablets. Also, Answers TV features a custom mobile app available through all the major sources (Apple, Google, Roku, etc.). No television provider is needed to watch Answers TV.

With over 3,000 videos, there’s so much to enjoy—and encourage and equip your entire family—at Answers.tv.

Previous Article Snopes Exposed! Next Article Darwin Day 2021—Why Do We Care So Much About Darwinism?