Discover Over 300 Flood Legends in Echoes of Ararat

How many flood and Babel legends do you think exist in just North and South America? If I told you over 300, would you be surprised? Yes, there’s that many! Actually, such legends exist all over the world. The Bible records the true account of the historical event of the global flood and the tower of Babel, but cultures around the world have distorted versions of these real, historical events as they’ve been handed down and changed over the ages.

The reality of the flood and tower of Babel is confirmed by the hundreds of legends that have been handed down since the people groups split at Babel. And you can discover many of these legends in a brand-new book, Echoes of Ararat. 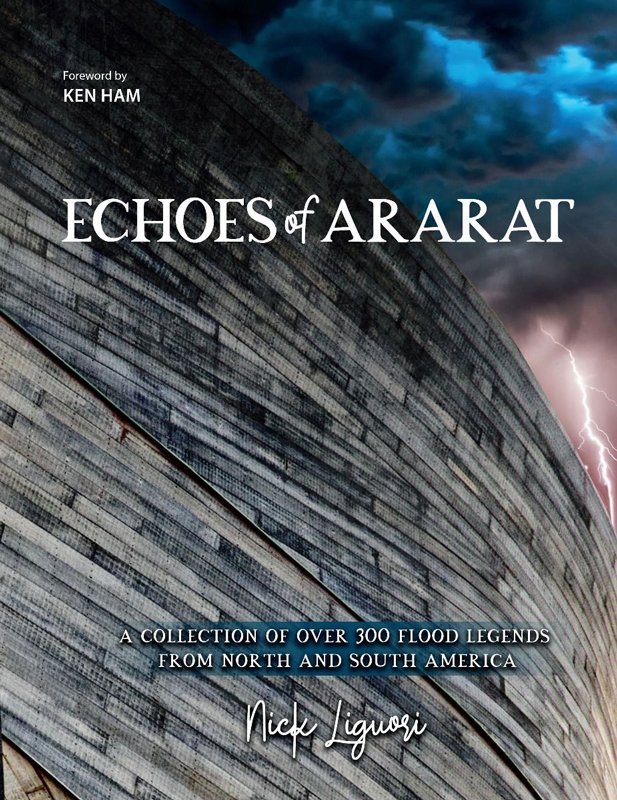 In this new resource, civil engineer and researcher Nick Liguori chronicles over 300 creation, flood, and Babel traditions from all over North and South America, organized by regions—beginning in Canada and proceeding southward. Learn what the Cherokee, Lakota, Iroquois, Cheyenne, Inuit, Inca, Aztec, Guaraní, and countless other tribes have claimed about the early history of the world. You’ll also discover many evidences for the historical reliability of Genesis and discover that the Genesis flood account is not dependent on the Epic of Gilgamesh or other Near-Eastern texts, as skeptics claim. The Jews did not borrow stories from the surrounding cultures. Instead, the cultures around the world have distorted versions of the original account that is preserved in the Bible under the inspiration of the Holy Spirit.

This new resource is a wonderful confirmation of the truth of God’s Word. You can order Echoes of Ararat by itself or as part of our Flood Evidences Combo (a great option for a deep dive into questions regarding the flood of Noah’s day).