My wife has said to me on more than one occasion, “I’m so concerned about the culture our 18 grandchildren are growing up in. They have to face challenges that we never had.”

Yes, our families are having to face giants in the culture we didn’t have to deal with as kids. Even when I was a teenager growing up in Australia, I didn’t hear about abortion, gay “marriage,” transgenderism, euthanasia, pedophilia, and so on. Now, that’s not to say there weren’t such issues within the culture, but they weren’t out in the public in all their naked ferocity as they are today. The past generations were more Christianized (even if many people weren’t true Christians) than today’s generations (such as Generation X, Millennials, and Generation Z), who are much more secularized and supportive of moral relativism. 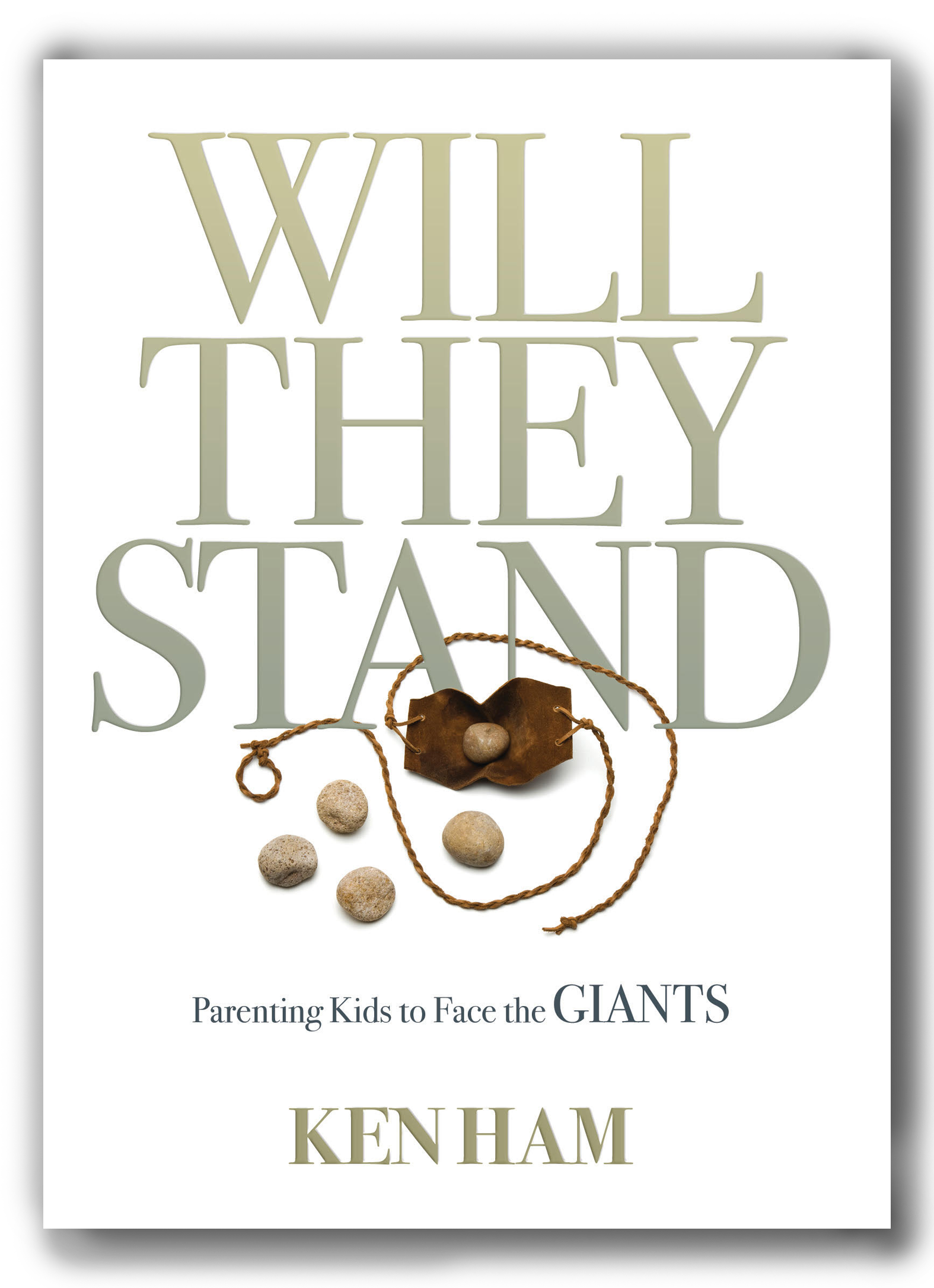 I’ve been so burdened about this, that during the shutdown I decided to write a new book called Will They Stand? Parenting Kids to Face the Giants. I took sections of an older book (Raising Godly Children in an Ungodly World) and added a lot more biblical teaching; personal testimony and history; a chapter written by our eldest daughter who founded and heads up our Christian school, Twelve Stones Christian Academy; and a chapter written by one of our authors (Avery Foley) who interviewed my wife, Mally, for her perspective on our lives and those of our children. Parts of it do open up our personal lives, but we believe this can be a help to parents as we all struggle with the tornado of moral relativism trying to sweep our children away.

This really “hit” me when I heard of the death of Supreme Court Justice Ruth Ginsburg. She championed many evil things in our culture. She aggressively supported the LGBTQ movement, officiated at a gay “marriage” ceremony, and sanctioned the murder of millions of children in their mother’s wombs (abortion). Many said she was the most liberal left-leaning justice on that court. Her legacy is an evil, destructive one that undermined the true family and Christian morality. Yet she was applauded by liberals and many conservatives and was elevated as a great woman leaving an impressive legacy by the secular media. Even a number of Christians wrote glowing reports about her life as a female judge. Now, don’t get me wrong, we as Christians have no pleasure in the death of the wicked. As God’s Word states:

Say to them, As I live, declares the Lord GOD, I have no pleasure in the death of the wicked, but that the wicked turn from his way and live; turn back, turn back from your evil ways, for why will you die, O house of Israel? (Ezekiel 33:11)

We don’t know what was in Ruth Ginsburg’s heart as she faced death—only God knows. We understand about the thief on the cross and the change in his heart. But as far as we know, there’s no evidence she changed from what she was in her life with her anti-God worldview. From the world’s perspective, Justice Ginsburg was a heroine. But from God’s perspective, what would the only truly righteous judge say about her legacy?

I was angry about all this. It’s the same type of anger I saw in my father, a righteous anger like that of Nehemiah, when he saw injustices. So, I decided the day after the death of Ruth Ginsburg to write a Facebook post about my mother. Here is what I posted:

After watching the news and reading news reports last night and this morning, I thought I would post this today. My mother went to her heavenly home this past November. By the world’s standards, she was not newsworthy. She didn’t get talked about for hours on news programs or have large numbers of news articles praising her.

But when she passed away, she received a great reward—the most valuable reward ever: a priceless reward, a “crown of righteousness.” Over the years, even though it wasn’t reported on by the media, there was great rejoicing by angels in heaven as my mother impacted so many people for the Lord Jesus Christ. She started a Sunday school as a teenager to reach children with the truth of God’s Word and the gospel. She looked after missionaries who stayed with us so they could preach God’s Word. She was loved by so many people. Only God knows how many she impacted for the Lord. 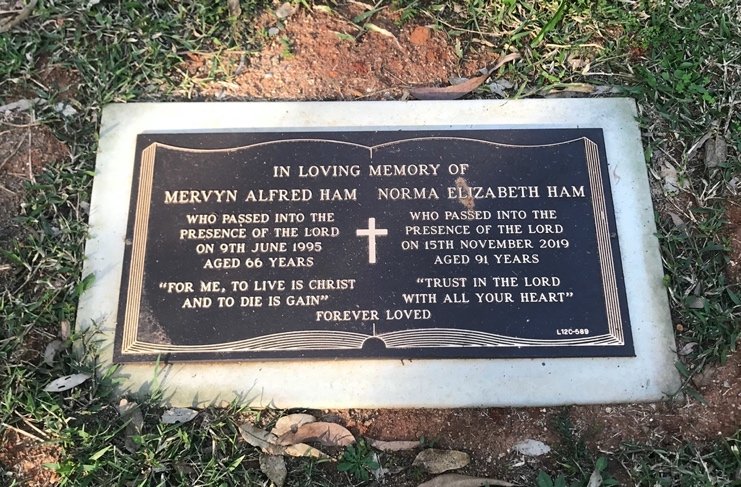 I’ll never forget her teaching us over and over, “It’s only what is done for Jesus that lasts.” And she also taught us to always put “God first, others second, yourself last”—and that’s what I saw her do throughout her life. She taught us marriage was one man for one woman. She was saddened by the evil of abortion and called it murder. She was a godly, devoted wife, mother, grandmother, and great-grandmother. She and my dad were so burdened to reach as many as possible with the message of salvation.

And her legacy includes the ministry of Answers in Genesis, Ark Encounter, and Creation Museum that impact tens of millions of people a year with the most important message of all—God’s Word and the saving gospel.

Oh, there’s so much more I could say. My mum didn’t leave a legacy like Supreme Court Justice Ginsburg and receive national news headlines. My mum left a different legacy and received “headlines” in heaven, “Well done, good and faithful servant.”

This post received many thousands of likes and hundreds of comments. What an encouragement to know that so many others shared the same righteous “anger” I did. I thought it would be good to share just a small sample of the wonderful comments with you:

Actually, comparing the legacies of my mother and Ruth Ginsburg really represents the spiritual war that began in a garden six thousand years ago and rages today—the ongoing battle on this earth between God’s Word and man’s word.

Ruth Ginsburg’s legacy is associated with the murder of the unborn, the destruction of the family, an anti-God worldview of moral relativism, and a negative impact on the younger generations in leading them away from the truth of God’s Word and the gospel.

My mother’s legacy is associated with offspring who pass on a godly spiritual legacy from one generation to the next; people who were led to saving faith in Christ; the ministry of Answers in Genesis, the Ark Encounter, and Creation Museum, which is impacting tens of millions of people a year for the Lord; and untold thousands of families equipped to raise up godly generations.

This new book is really part of my father and mother’s legacy, and I do my part to pass on the spiritual legacy they imparted to me.

This new book is really part of my father and mother’s legacy, and I do my part to pass on the spiritual legacy they imparted to me to others.

I do want to thank our supporters who have been so generous in supporting AiG financially this year to preserve this ministry—this legacy—as we’ve all gone through a very stressful time of lockdowns and unemployment. Many of you have watched our recent virtual dedication of what I believe is the most powerful pro-life exhibit in the world, Fearfully and Wonderfully Made, now installed at the Creation Museum. 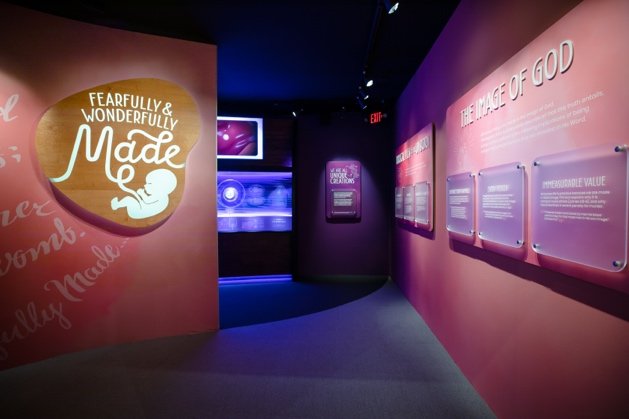 At the end of the dedication, I asked for prayer. I explained that squirrels must store up fuel to survive through the winter. Normally, to get us through the winter, we put away funds from the summer months when most of the visitors come to the Ark Encounter and Creation Museum. But this year, because of the shutdowns, we were unable to do that—and we do need “fuel” for the winter.

We praise the Lord for the $3.5 million matching gift challenge through Dec. 31 to help “fuel” all these ministries.

Will you help us fully reach the $3.5 million matching gift goal by the end of the year with a gift today?

Also, we don’t want to stop our talented design team from moving ahead with another powerful exhibit we had planned for the Creation Museum that will be about Israel, called Borderland. Israel is a borderland, constantly caught between great kingdoms and empires, creating immense cultural tension that God used as the perfect condition to send forth the gospel. This exhibit, loaded with illustrations and sculptures, will allow guests an intimate look at the culture of first-century Israel at the time of Jesus, helping them understand the context of the New Testament.

We believe guests will leave energized and excited to read their Bibles with fresh understanding after seeing the ancient world brought to life.

We also need funds to prepare for the 2021 readiness of not only the Ark Encounter and Creation Museum, but also to help develop and launch our next Answers VBS, an expanded Answers Bible Curriculum for Sunday school—with an exciting homeschool edition—and an expansion of Answers TV content.

We praise the Lord that a family foundation has stepped up to help AiG through the winter months, get this exhibit built, and help us launch all the above projects. It’s quite a list, but our staff are ready to get it all done. The family foundation has offered a $3.5 million matching gift challenge through December 31 to raise the funds needed to “fuel” all these ministries. Will you help us meet the $3.5 million match challenge to raise $7 million by the end of the year?

As millions of people a year are being impacted through Answers in Genesis, I urge you to help us continue and expand the enormous reach of this ministry—and pray God raises up young and old alike to face the giants in our secularized culture.

Previous Article Don’t Miss Kirk Cameron at the Ark Encounter on Thursday Night! Next Article ChristmasTown and ChristmasTime One Week Away!