NY Takes the Culture of Death One Step Further 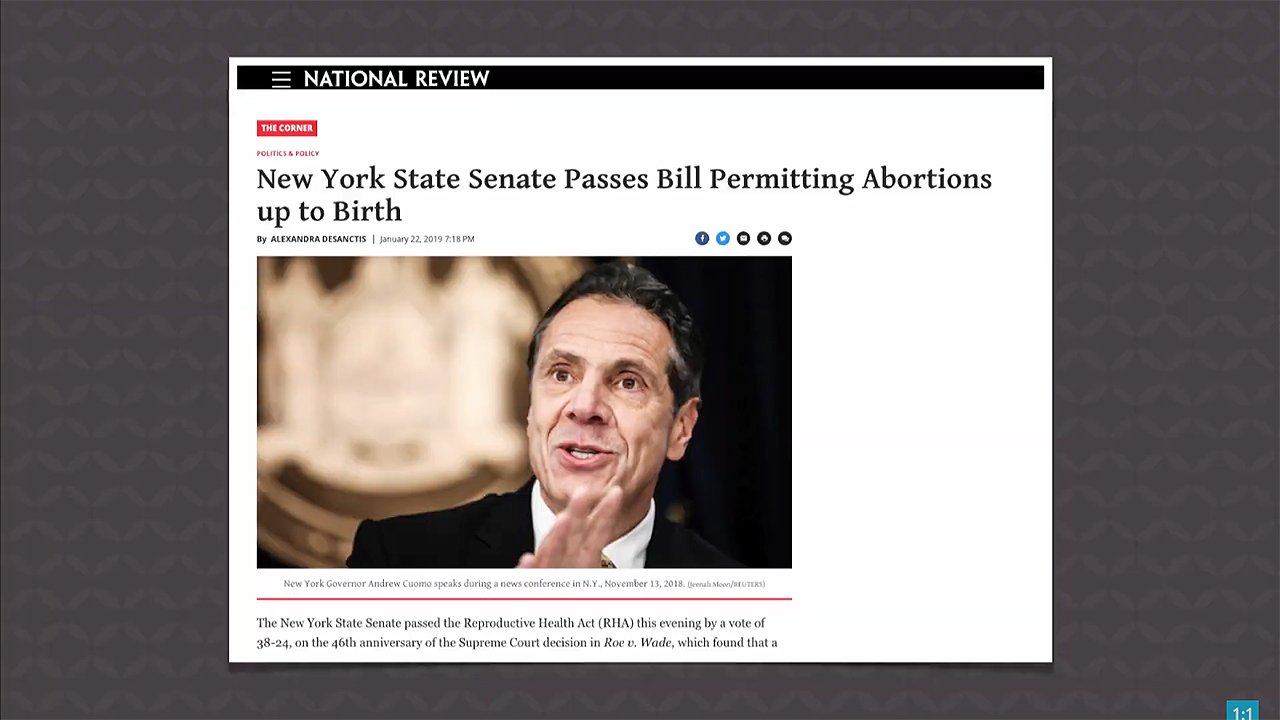 The state of New York has been in the news recently for a horrifying reason. Governor Andrew Cuomo has just signed into law what’s euphemistically called the “Reproductive Health Act.” The New York State Senate passed the Reproductive Health Act (RHA) the evening of the anniversary (January 22) of the tragic Roe v. Wade decision of 1973 that legalized abortion across the US. This act legalized abortion (the murder of children—child sacrifice, I would call it) up until birth for “all factors — physical, emotional, psychological, familial, and the woman’s age—relevant to the wellbeing of the patient.” This basically means abortion is available on demand up until birth for women in New York. We all know that people can justify whatever interpretation they want from such wording.

New York certainly does not have a culture that supports life, children, parenting, and adoption.

One report found that one in three babies in New York is aborted—murdered—instead of born. That is horrifying and should break the hearts of Christians, who understand that those babies are formed in the very image of their Creator (Genesis 1:27). New York certainly does not have a culture that supports life, children, parenting, and adoption. Rather it’s a culture that promotes death and the sacrifice of children to the god of self. It’s evil—but it’s not just happening in New York. Abortion, in one form or another, is legal throughout the US and in nearly every country around the world. We live in a world that promotes and even celebrates death, rather than life.

When the New York Governor signed this bill, politicians, and others in the room clapped, cheered, and gave a standing ovation. They rejoiced at evil—they celebrated that they could now sacrifice more children on their pagan altars! Yes, God is long-suffering! But the pro-abortionists, though they may rejoice now, will one day be gnashing their teeth as the holy, righteous God sentences them for their outright rebellion against their Creator.

We need to encourage changing hearts to love life rather than death.

As Christians, we need to stand for life (as tens of thousands of people did in the recent March for Life in DC). We need to educate everyone about the horrors of abortion. We need to support moms and help them choose life through parenting or adoption. We need to encourage changing hearts to love life rather than death. And, of course, that kind of change ultimately comes through the gospel of Jesus Christ. We need to be sharing the ultimate message of life—that there is forgiveness and eternal life as a free gift to all who will put their faith and trust in Christ and what he has done for them, even for those who have been involved in an abortion.

This tragic news item was discussed on Answers News with co-hosts Dr. Georgia Purdom and Bodie Hodge and frequent guest, Avery Foley. Answers News is our twice-weekly news program filmed live before a studio audience here at the Creation Museum and broadcast on my Facebook page and the Answers in Genesis Facebook page. We also discussed the following topics:

Watch the entire episode of Answers News for January 28, 2019.