Get out your tuxedo or don your loveliest gown and join us for An Evening to Remember. This event, held on February 10, 2017, in Legacy Hall at the Creation Museum, includes a delicious dinner and a live dramatic performance of The Titanic, The Journey Ahead. An Evening to Remember is a great opportunity for a couples or friends night out.

At this Titanic-themed event, you’ll enjoy a buffet-style dinner including entrees that were served aboard the famous ocean liner, such as hand-carved top round of beef and chicken breast lyonnaise served with glazed baby carrots, rosemary roasted red potatoes, grilled garden vegetables, Caesar salad, rolls, and a variety of cakes for dessert. 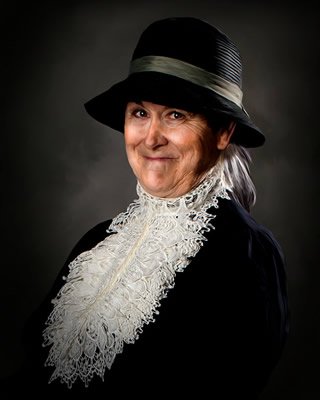 Jessie will recount the last days of the Titanic before it went to its watery grave on April 15, 1912. She will relate accounts of passengers that were saved—and of those that were lost. Jessie will share the story of a man, her brother John Harper, sent by God for such a time to share the good news of the Lord Jesus Christ to those who were facing eternity. Although exact totals vary slightly in published accounts, it is known that just over 700 people survived. But for over 1,500 passengers and crew, their journey on the earth would end that night. It is a tragic story, yet a wondrous reminder of how the Lord God uses all circumstances for His glory.

This event sells out nearly every year, so reserve your tickets early and make plans to attend. Learn more or get tickets on the Creation Museum’s website.

Previous Article Why Are the Ark Encounter and Creation Museum Open Sunday Afternoons? Next Article Celebrating the Sanctity of Human Life